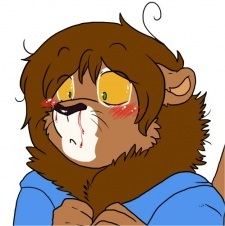 KingsGlaive42 Nov 17, 8:27 AM
I thought you were crazy for thinking Girls & Panzer is similar to Love Live.... than I thought about it for 5 seconds and thought, "Oh sh*t... you're right"

23feanor Apr 18, 6:56 AM
Thanks for the FR. I was reading your thread in the Mal Later Years club about what music/anime people saw when they were 13-23 and do they still resonate with people now. Like you I only began watching anime regularly in the last 10 years, although I only became acquainted with seasonally airing anime from early 2019, which was when i discovered mal itself.

In terms of music, i used to like UK Indie bands like Oasis in my teenage years, as well as mostly electronic music, particularly drum n bass, happy hardcore & techno etc. Although i still like uplifting trance now, i find the banging drum n bass, techno and happy hardcore I used to love a bit much now. Some of the trance tracks i used to love have stayed with me though and nostalgic music or shows from my 13-23 do still hold meaning for me now.

23feanor Apr 18, 4:29 AM
I've met someone else that likes Cat Planet Cuties as much as me, lol. I just loved everything about it, it even had Red Dwarf references, well in the dub anyway. Some boobs and ecchi, but not too much to spoil the show, and lets not forget the cat girls.

Where did your mother grow up here exactly?

AcbSnakeDemon Oct 29, 2020 1:36 PM
Like if you click on it you are redirected to the harem and ecchi club
It’s the girl on your forum posts

Adimus_prime Sep 23, 2020 4:58 PM
So I started watching Ah My Buddha because I seen it on your list. I actually liked and I want to know who did you think was best girl in that show I really like Haruka.