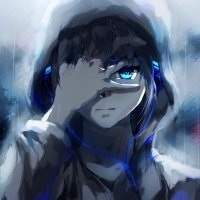 That's great! It took me a year to watch all the episodes of Monster but I loved it. It's a wild ride and everything is linked.

inim Nov 3, 2020 10:45 AM
Monster's plot will take you to multiple cities in East and West Germany, and in the 2nd half to Czechoslovakia (still existing at that point). What is so great is how true that anime is to items from that times. Computer HDs sound like 1990s HDs, the phones look like old phones, the telephone boothes still existed, and the Whiskey brand that is a prominent part of one plot arc (Racke Rauchzart) really exists and is typically German. They really pay attention to historical accuracy and detail.

As for Ossie, I'm a Wessie but my mom (before my birth) fled East Germany, so I had a lot of relatives there and know both sides. Yet, I was born and raised in the West, just visited the East a lot during the Cold War.

inim Oct 31, 2020 6:01 AM
Starting to watch Monster on Halloween ... priceless :) Please note that I'm pretty much born in the same year Johan is, and that I've also got a mixed east-west German background. The details in the world building of early 90s Germany in that anime are really well observed. So for me this was a very special watch, hope you enjoy it as much a I did.

Astalo Jun 23, 2020 1:09 PM
I noticed inim talking about heart breaking animes. This is real tear jerker and quite rare gem. https://myanimelist.net/anime/9931/Happy_Birthday__Inochi_Kagayaku_Toki Sometimes almost too hard to watch, but the story will turn more happier in later.

inim Mar 14, 2020 12:46 PM
You want your heart to be broken into even smaller pieces with even pointier edges? Flanders no Inu (Movie) (youtube). It's G rated, so there is no violence or cruelity of any kind. But it will break your heart and make you angry. I swear :)

inim Mar 14, 2020 12:25 PM
Glad you liked "Ushiro no Shoumen Daare", which I think is very similar to "Kono Sekai no Katasumi ni"'s narrative style, and of about the same quality.

It's a weird situation which thanks to the court ruling sensation I quoted starts to change. Their 100 year old law said that it's only rape if the woman actively and physically fights against it, so basically she needs to cause injuries to prove it. Also putting drugs into drinks was legally a gray area and typically went without punishment. That lead to the absurd fact that by statistic, Japan has among the lowest rape rates in the world, while listening to women speaks a very different language. Scandinavia is almost the opposite, your laws (afaik) have such low threshold definitions of rape that (on paper) Sweden is one of the countries with most rape in the world. It's a very, very tricky discussion.

inim Mar 13, 2020 7:47 AM
Still looking for free and legal copies? I just noticed that one of my most favorite anime of all time (and 10/10 as such, of course) is available in full on youtube. https://www.youtube.com/watch?v=mRqCq1P4Plk

inim Mar 13, 2020 5:23 AM
Sweden: Yes, but that was decades ago as a teenager. I'd a round-trip camping trough the Scandinavian countries, and most of the trip was in Sweden. It's large and lonely compared to Germany, you can travel forever and meet nobody in the northern part.

Anti-War movies: I'm pretty de-sensibilized when it comes to movies I guess, as visible in my completed list too. So I encourage you to watch those movies, it's only a movie. Albeit all three are based on true stories / autobiographies. War sucks, that's for sure. In the case of Barefoot Gen, there is a "small option" in the form of a short anime called Pika Don readily available on youtube. It's in parts identical to Barefoot Gen, it motivated the long form movie because it was so well received. It already has some scenes occuring in the full movie later, including some of the nuclear death scenes. Maybe you want to give that one a shot (only 10 mins) and decide if you are ready for the full thing. Another Hiroshima short but without gruesome imagery (and unfortunately, subs) is Hiroshima no Uta (youtube) - story of a survivor meeting the soldier who saved her life after many years.

Women: I think Japan is much worse than we admit even today. There is that rule that women must not wear glasses if they want to be employed, so many run around half blind to meet that social norm. The ugliest part is the rape inpunity which was only broken up recently in a landmark court decision about a rape under drugs mixed in her drink by Shiori Itou. That case is the tip of the iceberg, I would argue that back in the 1940s women had pretty much no rights at all. There is another one dealing (in part) with that issue, Shigurui from the Edo era. Shocking abuse of feudal power towards commoners, and of course women. Warning, it's pretty graphic and depressing.

Cinema: Yea, I actually come from live action movies and only started anime because I watched most of the classics. Looking forward to Parasite too, haven't watched it yet.

Dreadogastus_F Mar 6, 2020 6:49 AM
Hello from central Florida filifjonkan. Your question about Black Lagoon Omake was a bit indistinct. So bear with me if I cover things you already know. Black Lagoon can be called "film noir" or "gritty, action-adventure". In short, our main character, Rokurou, is a corporate drone/serf. While on a trip to deliver some data, he is kidnapped by modern day pirates. He ends up joining them and is introduced to the dark, violent world of crime. Two seasons and an OVA series follow.
An omake is what I would call a spoof/satire/comedy take-off. As such, you probably would not get many laughs from it if you are not familiar with the original series. Be warned! Black Lagoon contains some violence, profanity and some child abuse.

Don't worry about when you reply. We all have lives beyond mal, so just reply whenever you're able.

I used to work in the Financial sector (pensions & property), but after having a couple of heart operations I've currently got lots of time on my hands, so I actively got back into anime.

I also love SoL & CGDCT anime (Azur Lane from last season was just fantastic, one of the best cgdct shows I've seen, after Endro & A Place Further Than The Universe).

Dorohedoro looks a bit to dark & gore/horror filled for my liking. Somali & The Forest Spirit is a lovely SoL show currently airing this season.

I've watched some of the "must watch" popular shows (Attack on Titan, My Hero Academia), but there's still some sitting on my ptw list, like Death Note, that i'll eventually get round to one day. Not all of the popular shows are actually worth watching, some are genuinely great, others are just hyped shounen shows.

I also love discussing anime & movies, with like minded & opposite types, so please feel free to shout me any time.