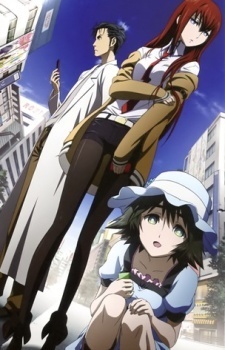 aurastorm Jul 31, 2015 4:04 AM
Nice! And here I thought I was the only one that watched Inuyasha and Steins Gate! Steins Gate was a hell of a good anime in regards to the time travel plot, which is very applicable in real life today such as SERN and the Large Hadron Collider and the IBM 5100, and the romantic build up was phenomenal!!! Inuyasha, though I am only about 25% through it, is also a very good anime. Though most may view it as solely Inuyasha and gang fighting off several different demons, it does have deeper plots too such as tragedy, vengeance, justice, and of course romance :) Two things that always bring me on the verge of tears, and did make me cry a little on a couple of occasions is the tragedies that befell Kikyo and Inuyasha, and the tragedy of Sango and Kohaku. Both of these pairs were supposed to live happy and fruitful lives together (though the latter not romantically haha unless that's your style) but were inhibited all because of Naraku and his selfish desires. It was indeed tragic and sad that both of these couples had to watch the one they loved die right before them and believed at one point or another that they had truly betrayed one another :( I just love the romantic build up though between Kagame and Inuyasha, though going back to what I said earlier do feel bad for Kikyo for that was supposed to be her man.

But anyways, sorry for rambling. I mainly got here for when I was viewing a discussion panel on Inuyasha episode 33 I saw your comment, but then I saw your caption quote underneath of one of Makise Kurisu's famous quotes from episode 21 (god I loved that episode, it made me cry!) Fun fact, out of all the anime I watched only Steins Gate and Inuyasha have made me cry, though I have not watched Clannad and only bits and pieces of FMA. Again sorry for rambling.

I just wanted to ask you a few questions though:

1. So let me get this straight for I am still bit confused on this, in episode 33 of Inuyasha Kikyo was acting so evil towards Inuyasha and gang but wasn't really being manipulated by Naraku, she was just following her own vision of achieving vengeance on Naraku and was a bit emotionally overwhelmed (explaining why she attempted to kill Kagome) right?

3. This is a Steins;Gate related question. I finished this series but still wonder about this. I don't believe there is a true answer to this, but I have always wondered about this matter. Recall in the first episode that we hear a scream and then Okabe runs to the source of this scream and finds Kurisu "dead" in a pool of blood. Based on what we saw in episode 23 and even Steins;Gate 0 trailers we can conclude that future Okabe was there conducting the same events in episode 1 that present Okabe conducts in episode 23. So we know that in episode 1 future Okabe killed Makise, but what about when future Okabe first went back in time, its impossible that there could have been another Okabe hiding in the closet during Makise and her father's skirmish cause he was the very first Okabe (as far as we know of). Therefore, it makes me wonder who truly killed Kurisu the very first time when future Okabe was the present Okabe... I don't believe there is an official concrete answer to this, at least not yet anyways, but what are your thoughts on this?

4. Which did you watch first, Inuyasha or Steins;Gate?

5. Which anime do you think has the best music, or do you like them the same? What are your favorite tracks in each of the anime?

6. Sorry for being so wordy and rambling at times!!

ikuto May 29, 2015 6:25 PM
Thanks for accepting my friend request! Do you have steam or something I can contact you?
Just cuz commenting on profiles means you need to press f5 and its hard for me to tell when you send me a message because I dont check my comment section that frequently. Also my message inbox or something has past the 100+ message mark and I dont really want to delete my past messages.

Ishikami May 11, 2015 12:50 AM
Hey, seems like we have a somewhat similar taste for anime, but you seem to be way more experienced (more than twice my list), so I was kinda stalking your list... Could you recommend me some, though? I was thinking anything anything but shounen like Soul Eater or Fan Service oriented like highschool DxD might do...

bwub Apr 17, 2015 10:21 PM
That's a good way of describing her voice! Ironically, she can be both a smooth talker and harsh talker (if there's such term). Think of Ed, and her voice was really husky there. But NANA though.... Soooo smooth! And cool! Because of that, I can't help but think of Nana even when I'm not watching.