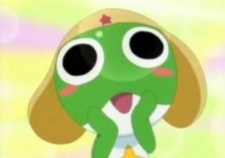 sorcery Jul 31, 4:43 PM
Hey. Hello estranged friend. Happy birthday to you!
Wishing you the best, even though I am not sure if you ever read your MAL profile message nowadays...

sorcery Aug 1, 2020 6:42 AM
Happy Birthday, friend. Thanks for your contribution to the medium!

werewolfofusa Oct 11, 2015 2:21 AM
Howdy, how's it going? I was watching a bunch of movies and TV shows for a while, but I started watching some anime last season. What ones did you like?

I haven't been active for a while here on MAL and have been using it recently only to register my watched anime, so I missed your message here. :(

Same goes for I, I was only back once in a while for some additions in anime list. You know the slow watcher I am: years after, I am still currently watching Urusei Yatsura xD
More than it took for original watchers during first airing... I am getting serious these days though, with Lupin III. It counts 155 episodes for second part; yet I managed to complete almost half of it in two or three months.

I was mostly away, chatting on chatango. I made some very close friends ^^
I only fully came back recently. You can't really escape Japanimation after all. There are so many shores yet to discover! You are better placed than anyone else to state it yourself given your selfless investment on the matter =)

To be frank, I awfully miss our exchanges as well. I guess this can be fixed if we get to share more animes in common. There's justly one place left in the Monthly Random Roster of associates I am about to start. So I guess I'll enter you in! I hope I get to select something as decent "Youseiki Suikoden" at worst. I am sure there are a lot of weapons of mass destruction on your list, I cross fingers to not land on it xDD

Yeah, basically most of what's left of my energy goes to finish this bloody Tsubasa! lol... We've got 19 ep left to release but it's left to TL only 7 ep. It takes some time when the team has RL troubles, such as exams in the college, gall bladder operation, move to NY from Minnesota and so on. But I'm trying to keep it going and I won't give up so easy! XD

I look up on your resilience xD

On my part, after Sangofe called upon me to help at that time, it broke my dynamics on translating Gandalla! I have yet to make the fourth episode script... That's the problem when you suspend a project you do by yourself, it's difficult to take it back. At least, Tsubasa benefits from team moral support. I know Saizen guys are able to communicate enough enthusiasm for you not to give up ^^

For Gandalla, I can't do a thing now, as my Laptop and my external HDD are away. Yush, btw, I am about to move in a new house. This will be for 20 days away!
I will mostly stay in the garage on that comfy couch to take it back. This way I promise ! I desire to bring my little stone to the building community as well =)

Now, to your request "Nightsong of Splendor." It's definitely not Saizen material but I work closely with Collectr from Orphan subs and he happens ot be Dezaki fan. I asked him why it hasn't been tl-ed and the answer he gave me is cause there are no good raws around to work on. The only available raws are some shitty quality on YT. So... until someone uploads the better quality subs, it'll be unrealistic that we'll see it done.

If the issue is giving fund to buy DVDs, I am more than ready to solve it with my participation! I hope this title doesn't repel for being a josei. A josei with historical setting...

I don't think raw providing is the real issue here. After all Dezaki is a well known, respected figure, whose titles have high coverage. So NOS shouldn't be too hard to find and buy for export, in paper. Unless it's a nearly lost work who got awful critics in Japan during release... That would surprise me. OAVs always find their public in one way or another, that's even more right if there's a big name to back it up =)

Actually, I've been seeing the same problem with some other older anime too. There's a willing group to do it, even a tl-r, but there are no good raws. So maybe someone in France has the OVAs hidden somewhere? :P

I have this kind of dreams too...

Must depend of popularity they have in Japan. If they're Doraemon popular, it's really a matter of being motivated enough to take it all. But if they're obscurities who are printed out and were never reedited in DVD, well yah, my friend... Unreachable dreams unless you know a Japanese otaku willing to give you a fine copy of his stuff. Dunno, maybe someone like FGAU1912 can be of help. I will ask him ^^
Just tell me what titles you think about.

sorcery Apr 25, 2015 2:10 PM
What's up my friend ? It's been a nasty while since lasy we got in touch! I assume you invest a lot of your energy to make your fansub project come to fruition...
Would you happen to know some team with a translator fluent in Japanese, interested in subbing "Nightsong of Splendor"?!
I am dreaming this, dood, I don't kid v_v
All Comments