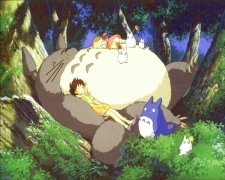 PacificPikachu Aug 14, 2013 6:56 PM
Hey, I didn't have you added after all! Our anime compatibility is apparently "high." Big surprise there, right? ;)

AlcoholicAnon Feb 3, 2013 7:53 AM
I read one of your posts in Ikoku Meiro no Croisee ep 12 discussion, and you seemed like a good person to ask.

Basically I want to see the resolution to the Camille x Claude relationship, does the manga cover it? I'm hoping for a happy end between them, and an end to the "well I have to do what my family says, and meet everybody's expectations" bs.

So should I bother reading the manga? Please get back to me.

You're absolutely right that I didn't care much for the symbolism or story (especially at the end there), but the parts where they started unraveling and building upon Shoma's relationship with the others was pretty intriguing.

In the end, it's sort of a show that had a lot of points I liked and a few I really hated, but it was still enjoyable as a whole.

Shiroth Nov 9, 2011 1:27 PM
Guess it depends on your internet speed, though i have no problems. Will say though that it's turning out to be the greatest show i've ever had the pleasure of watching. You're in for such a treat.

vansonbee Sep 18, 2011 2:01 AM
hello there, I notice you don't have much on your manga list, here a few light hearted series I love to recommend, "Ichigo 100%", its mainly a harem romance series, there are 3 heroines, each are likable w/ different personalities. The 2 great things about this series is that the protagonist has a actual goal, other than chasing girls and its unpredictable, who he would fall for. "Ichigo 100" was published in 2002 (ended 2005) w/ "Jump Magazine", which is only concentrated around mindless battle manga's, so it did really well to last that long! There also an anime adaptation, but I only recommend it after reading the series, the anime freshed out the story for comedy and ecchi focus, plus its an open ending (didn't even reach half way of the manga). If you decide to read the series, let me know your personal opinion and your favorite heroine!

bateszi Aug 15, 2011 2:22 PM
Honestly, I could barely make it through the first half of the first episode. The girl is so ridiculously cute compared to all the other characters that I was snapped right out of the ambience it was trying to portray. I can see some good in it, but it's really, really not for me :)

hamsterfactor Mar 17, 2011 1:16 AM
Yup! I also have Fantastic Children on standby, but we warmed up to Ghost Hunt faster, so we're watching that one first~

MushroomSamba Mar 13, 2011 1:10 PM
Hah, I see now you've gotten on board the magical girl train too. I'm waiting on the final verdict from all you guys before I dig in myself, but the buzz has definitely gotten me curious.

MushroomSamba Sep 10, 2010 9:41 AM
It should be back up shortly with the new professors announced pretty soon according to 2-20 over at nhrv.
All Comments