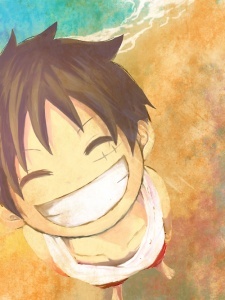 RazzleDazzle Sep 2, 2018 3:59 PM
Back in the day when you said you pushed yourself to get through ZZ to get to CCA I didn't understand. Mostly because I just thought it was all gonna be the same all the way through UC.

ZZ wasn't all bad but yeah it was worth the pain.

Quite sad that I have nothing to look forward to (read) in the morning (read: update, please?).

fuchsiacrayola Mar 18, 2014 2:41 PM
i dont know it's been along time since i last found someone with taste about 97% similar to mine. Great to see you doing well with those animes, hoping that you'll continue liking those types of anime hehe.

Ainsoph Dec 18, 2013 3:03 PM
hihi! I'm happy that I found you here, you always give me good ideas on what to read/watch, like Historie that I started recently because of a post you made. :)

Orihime89 Jul 15, 2013 5:35 AM
Brilliant! Cugel is such a delightfully amoral anti-hero! I have lined up The Eyes of the Overworld and Cugel's Saga to read next, although I'm dying to read Gaiman's chapter, 'An Invocation of Incuriosity' :-) I attended his talk at the Cambridge Union last month and had my copy of the Graveyard book signed; it was the highlight of my year! I was wondering if you have read George R.R. Martin's series 'A Song of Ice and Fire'? I am up to the fourth instalment but will probably wait for Martin to announce a publication estimate for book 6 before I finish the series!

I love the variety of brilliant shows this season, though the absence of Aku no Hana is keenly felt on Sunday evenings! I was thrilled with the final montage in episode 13. Do you think there might be a chance for an OVA or second season? I am also reading the manga at the moment, so seeing those warehouse scenes materialise in full rotoscoped glory was both exciting and terrifying :D

It's a glorious season for Studio Shaft fans though- Monogatari second season does not disappoint. The animation is stellar and the new season re-introduces the beloved split-second screencaps! Uchouten Kazoku is also among my favourite shows this season. Yoshihara's attention to detail is unparalleled. The first episode perfectly captured the sense of whimsy and surrealism (Suzuki sliding down the grassy hill was a nice touch!).

Watamote is another very promising series. I think it was misclassified as a comedy though, it's actually very poignant and at times difficult to watch. Servant x Service, on the other hand, is comedic gold. I can already see comparisons being drawn between this show and BBC's The Office! :D

Which shows are you watching this season? Do you think you might be blogging Uchouten Kazoku? I'm about to watch episode 2 as we speak!

Orihime89 Jun 29, 2013 10:00 AM
It's beautifully disturbing and atmospheric! I love how Vance's prose can sound deadpan and eloquent in equal measure. I also plan on looking up George R.R. Martin's 'Songs of Dying Earth' (a compilation of short fiction in honour of Vance's series) which includes a chapter by Neil Gaiman!

I couldn't agree more- Aku no Hana offers a disconcerting viewing pleasure in that the plot seems to be driven by its alienating premise and characters. Part of why I love this series is this struggle to empathise with and understand the protagonists. Nakamura is a particularly fascinating enigma; I still can't fathom whether her apathy and rage are all-consuming. There are moments in the anime where I sense a glimmer of self-reflection (perhaps remorse?) before she completely overrides my expectations with another distorted argument. I forget where I read this, but apparently Shuuzou Oshimi has declared Aku no Hana is a reflection of the typical high-school experience. That Flowers of Evil may be autobiographical frightens me more than the story in itself!

I recently started Mushishi and it feels eerily familiar! After watching 'Detroit Metal City' I noticed the common theme of a character struggling to reconcile two conflicting identities which is also central to Aku no Hana :-)

I can't wait for CamCon! Last year was fantastic and catered for comic book and sci-fi readers as well. We do need more of these events in the UK!

Orihime89 Jun 28, 2013 4:41 PM
I love it here! Looking forward to CamCon 2013 this August :-) this year it's set to be held at the Leisure Centre which is just around the corner from where I live! By the way, Aku no Hana has been a firm favourite of mine this season and I was absolutely thrilled to read your post in defence of its aesthetic uniqueness. I am sure it will convince more sceptical fans of the manga to give the adaptation a chance. After reading your more recent entry on Aku no Hana, episode 7, I looked up 'The Dying Earth' which I am now reading in parallel with Baudelaire's Flowers of Evil. It has definitely enriched my viewing experience and I have found a new favourite fantasy author- thank you!

Zarmyn May 20, 2013 1:40 PM
You're exactly the kind of thoughtful, articulate blogger, I dream of becoming about.

Miya- Mar 3, 2013 8:05 AM
Brilliant. You, sir, are brilliant. I have spent the better part of my day scrolling through your blog posts and you've no idea how insanely happy I am to realise that I haven't gone through them all yet. (Yet. I'm getting there- slowly, but surely.)

Which means when I wake up tomorrow, I'll have something great to read. And that makes me pretty damn excited.

60sRock Apr 11, 2012 10:12 PM
Just wanted to say that I love your blog/writing :) I've definitely spent a couple of hours just scrolling through your older posts lol.