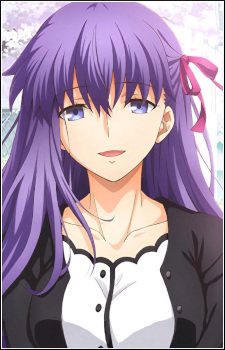 Kurt_Irving Sep 15, 11:13 AM
Hi Kanon! Glad you like my drawing of the original Gundam.

On the other hand, I'm still thinking about what other mecha, android or machine to draw next. So yeah! The drawing of machines is pretty advanced stuff. Even the Orbital Frames from Zone of the Enders have complex mech designs.

By the way, a buddy of mine sent me a Youtube link to a subbed first episode of The Little Witch From Mercury or the newest Gundam show. Sunrise did the subbing while someone uploaded the video for them.

Yes, it takes place in a whole other universe or timeline.

Kurt_Irving Sep 8, 7:37 PM
Anyway Kanon! I just made this for my friend's upcoming 37th birthday, a tomboy that is: Because of the few characters the game had, I would say that Zoids Alternative would be more suitable in movie format. Taking place in a timeline where all battles are fought with very limited to no beam weapons or energy shields, like a real robot anime.

On the other hand, I only found out about Trigun Maximum five years ago. You could say that Livio or said childhood friend of Nicholas The Punisher was like Dr. Jekyll. That dangerous split personality of his and his fear of being in public is what made him a member of Gung-Ho Guns Gang. Like Dr. Jekyll, Livio is also an anti-hero, learning to control his superhuman ferocity eventually.

As for Dracula, I will have to read it some time. The really good adaptations of the novel are still unknown.

By the way, my left hand is loving the BiC Gelocities and the Japanese did a great job designing this gel pen for lefties or novice ambidextrous writers like me. Cheaper than the Uniball Jetstream (Made in Japan also sure, but too expensive) or Fisher Space which was designed for astronauts.

Kurt_Irving May 2, 1:56 AM
Hi Kanon! I hope that you had a wonderful Easter Day as of late.

I started reading Trigun Maximum recently and I'm loving it. Didn't know that Legato was a victim of human trafficking before the July incident and that Wolfwood had a childhood friend with a split personality.

On the other hand, Elendira the Crimsonnail is IMO the most dangerous villain in that manga.

I also think that Trigun Maximum should have been a movie franchise years ago.

As for Zoids Assault, I finished it again for plot and I would have loved a part two where a certain prisoner of war gets rescued from an enemy detention center in the totalitarian state of Jamil where the blonde lady giving her speech was born. Oh well! At least it had an interesting message, that there is no true democracy anywhere. Whether it's Planet Zi or this world.

Senden Apr 9, 6:41 AM
Oh definitely.. the voice acting was something else :D

Senden Apr 8, 5:56 PM
Yes, YES! Im thinking of rewatching it even though its been a little over a year for me! + I agree with your point on Reinhard, truly magnificent, one of a kind.

Also, have you watched Die Neue These, the new adaptation?

Might be nowhere near the OVA, but for me, I would consume any LOGH adaptation :D

I also remembered that Maaya Sakamoto and Lia Sargent both did the voice of Aura. They were both chosen for Natsume too and that green haired Twin Blade had such a cute little Japanese voice when I played Dot Hack. :D

Yes, I did switch between English and Japanese audio. Most voice actors are over 30 years old, but Maaya Sakamoto performanced so good at 16.

Oh yeah! I remember when I watched the 2003 Teen Titans and this Raven is way better than the one on the DC Universe show Titans. Tara Strong also does a good job of sounding gothic. Her Raven voice could have easily given her a seat with the gothic kids back in school.

By the way, I really should check out said clips of their stage shows.

Ah yes! I remember hearing some news about the Tsukihime remake and I can't wait to watch it where as most other new anime are hard to keep up with. I also keep forgetting to watch Garden of Sinners, but I'll try to watch it too after Monster Rancher 2 (season one had some of the worst English dubbing I have ever heard) with the anime industry running out of ideas.

Kurt_Irving Feb 1, 5:24 PM
Calculus 3 actually isn't as intimidating as I once thought and it looks like advanced solid geometry. Still, it can be a lot of work, but it's cool and I heard that linear algebra is much harder.

Actually, I'm almost done with Harley Quinn wielding a machine gun. By the way, Hynden Walch is definitely the best voice for that DC character so far. Tara Strong's Harley Quinn sounds too much like a kid so she should stick to little boys.

Until the new season of Fafner is finished airing, I'll be re-watching Sakura Wars too because I love the original Flower Division characters that started the franchise.

I hate many visual novels, but Sakura Wars V is always welcome. The last installment in the franchise that took place in an alternate 1920s New York City with steampunk and demons.

As for Type Moon franchises, I would say that Tsukihime is my personal favorite so far and I remember the OVA being a very interesting romantic drama.

I haven't played Fate/Extra yet; my PSP's cheap battery failed and Sony is such a cheap tech corporation like Amazon. Although, I know that Nero is awesome (her upbeat personality pretty much matches an Aquarius woman). Saber is cool, but she's about as high strung as a drill sergeant.

Kurt_Irving Jan 29, 5:51 PM
So how are you doing this winter? I got lots of Calculus 3 this season. At the same time, my ambidextrous training is finally coming natural to me and my left hand prefers extra bold stick pens.

As for anime, I've been re-watching old favorites like last year, but I do plan on watching the new season of Fafner next spring.

I also plan on watching this upcoming Space Battleship Yamato movie. Who knows when that movie will finally get released.

One thing that I do know is that Sunrise will make it in place of Xebec. Too bad Xebec and Bee Train have gotten defunct over the years.

Kurt_Irving Jan 6, 1:57 AM
It actually came out in 2007 and it's very challenging; called Zoids Assault to be specific.

Well, I've only completed 5 seasons, but they were pretty interesting.

As for art, I still got this drawing of Nero that still needs work.

Kurt_Irving Jan 4, 11:55 AM
Oh! It's okay Kanon and thanks for the holiday wishes. My holidays were better than expected and my brother sent me a Zoids game. He's lucky that I'm a tactical role-playing kind of guy.

I like how the cutscenes during a military speech in that game are hand-drawn and static. Could have been animated, but you know, cel animation is very expensive.

I'm also thinking of re-watching Chaotic Century via AnimeKisa or 9anime. Even though I'm still in the middle of X-Files season 5.

By the way, what do you think of Space Battleship Yamato? 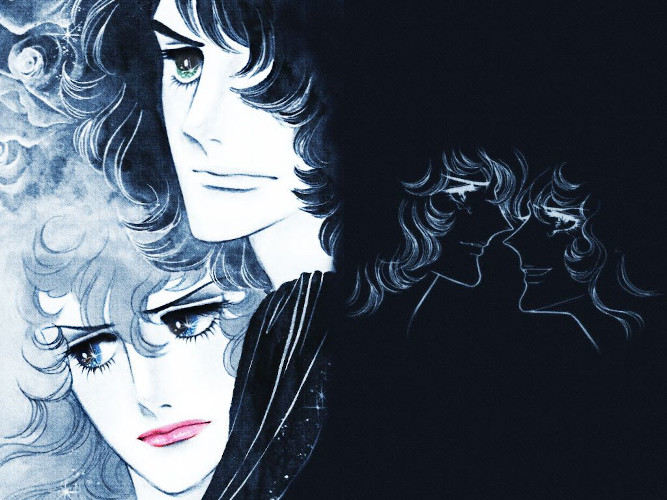