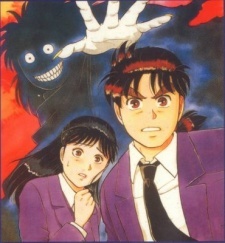 bokchoy77 May 9, 2020 7:43 AM
normally i don't comment on people's profiles but just wanted to let you know your review on black clover was hilarious

AxBattler Jul 9, 2018 12:12 PM
Having recently finished this Basilisk: Ouka Ninpouchou, I thought I'd comment on your review:

First of all, I generally share the opinion that this sequel isn't nearly as good as the original, and not really even necessary.

As far as continuation issues are concerned, I feel like pointing out that Oboro did not stab herself in the stomach. It looked more like the heart. That said, it is also true that she didn't look 9 months pregnant at the time of her passing, and it didn't look at all like they ever consumed their relationship. Though not explicitly confirmed by the characters themselves, it is alluded just by their interactions, which showed a deep emotional connection, but also enough reservations in physical proximity to suggest they haven't gotten all the way physically yet.. (Tenzen also said that Gennosoke never touched Oboro's breasts, but unless he's been spying on them all the time, he is also likely going with his gut feeling like we are).

One of MY main issue continuity wise, is that the "named victims" were alluded to be some Kouga and Iga big shot. My issue isn't so much that they were quickly dispatched (I should like to note that named Basilisk characters were killed pretty fast in the opening stage too), but the fact that by holding grandiose titles like "Five treasures of Kouga" or "Five Flowers of Iga", it implies some elite status, when the ten fallen on each sides in the original Basilist should have been each clan's elite, and those characters are clearly old enough to be fighting during that time. One might be able to explain it by suggesting that they were on some missions, but seems to be quite a coincidence that each clan happens to have exactly 5 elite ninjas on each side who happened to miss the previous war.

Truth to be said, I could probably overlook those continuity issue for the sequel of an anime that's what, 10 years old? And I didn't really hate they didn't opt for the simple approach of the original (having re-watched it after watching this, I didn't have any issues either). At first, I even found the ability of the antagonists to be quite interesting even rather hack, particularly impressed by the special effect of the illusion employed one of the baddies where the screen "folded" (though sadly, it seems like that character forgot that he had those type of abilities later on). But even giving the series as much element of doubt as I could, I didn't like the execution in the end. A lot more issues than I care to comment on, but suffice to say that I wasn't sold by the antagonist's motivation, how hack some of their abilities when viewed from a Basilisk perspective . And while they did expand the background of the main characters (more so than many of the original Basilisk character I might add), it was done so systematically as if to trigger a death flag. It's very much like what happens to the baddies in.. Bleach. Actually, to me, it felt like the author was ticking boxes (plodding the story, character development along, in a systematic but unexciting manner).

luvsdaheat Mar 7, 2018 9:13 PM
Sure! And while you're at it, why not have your audience tipple along....maybe a glass tinkling sound to signal that round is going down ;-)

"Unless my high school sex ed class fails me, I'm pretty sure that's where the baby goes. It was Catholic school though so I may be wrong about that."

RebelPanda Feb 20, 2018 9:26 PM
Sora yori has been a nice surprise. I don't typically seek out moe series, but I've found that you don't need to be a fan of the genre to like this one. It's just really uplifting and wonderful. The characters are more defined than most in the genre, but what the show's best at is how they interact. They're quite funny and they seem like real friends. It's also being made with good production values coupled with strong directing. Also +points for no leering fanservice.

SunlitSonata Feb 20, 2018 8:51 PM
In case you were curious about A Place Further than the Universe, a friend of mine described it quite well in my opinion:

"It's really cute, but it's cute with a purpose and it's cute with a heart - there's a realism to the dialogue that reminds me of Cardcaptor Sakura in the sense that it really sounds like school-aged girls talking to each other about their hopes and fears in life."

Tenchin22 Feb 18, 2018 1:55 PM
So so heartbreaking!
Haha thats something at least. I cant bring myself to watch anymore so I watched One Punch Man and now I feel better :p

RebelPanda Feb 3, 2018 4:58 PM
Your review of Basilisk (2018) convinced me I'd be better off dropping it and watching the original instead. Pretty rough show to sit through. On a side note, I remember reading your review of Children of the Whales before it finished. How'd you like the rest of it?
All Comments