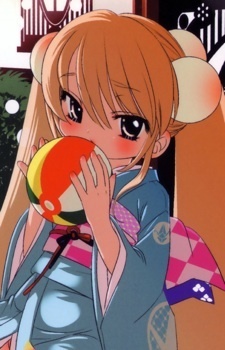 Myrmidon83 Jan 25, 2012 6:51 AM
Good point, that was just poor word choice on my part. I'll just cut it out, because that list was too long for my liking anyway. Glad you liked the review though, I'm actually really enjoying writing it! And thanks for the feedback!

Riptos Jan 9, 2012 5:35 AM
It is a PC game, the English translation for the All Ages version was finished and released last month. Hopefully thats will help the game get a bit more International attention and we can finally get an anime adaption for it =)

If you want any help finding and installing it, feel free to drop me a message as I know exactly where to pick it up easily.

Really wanting more people to see Jun Maeda's true finest work as it blows Clannad and Kanon clean out of the water.

I noticed you seem to like Key's works...if you play Visual Novels at all which I strongly recommend you do if you like their stuff as much as me.

Reason I say so is because I read how Clannad: AS changed your life. I have had a very similar epiphany from clearing the last route of Little Busters which you are probably aware is a visual novel written by the same writer as Clannad and Kanon.

are ones I'm guaranteed to watch. The others depends on if I have time and if its worth it.

Saorin Jan 23, 2011 12:53 PM
But keeping people interested in the show is fine; this is the thing producers need to achieve in the end. So if they do it with the breast-sucking thingy, that's okay. For me, it was a) Mafuyu (maybe xAlexander) and b) the utter ridiculousless of the show that kept me watching. So basically, I only watched it because it was so bad! xD So I won't refuse to acknowledge that it entertained me to a certain degree. =DD
Haha, yeah, it is to be hoped that the 2nd season doesn't ridicule itself just as much! =D

Was nice talking to you, thanks! =)

Have a nice day ;D

I'm busy for a bit, so I'll be sure to tell you how to get more than 5 top anime soon~

Yumekichi11 Dec 10, 2010 6:39 PM
Heck yeah! Let's discuss big time in each episode thread. We will find our common likes of that series! :D
All Comments