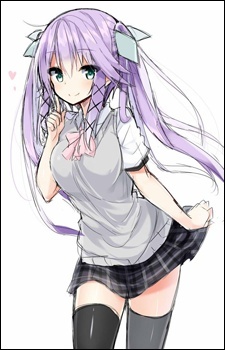 Where is your Maid-Sama review?

PaperCutAssassin May 29, 2020 4:29 AM
Had to comment here from the Maid-sama review because it was so satisfying to read. You hit the nail on the head about everything. Show sucks lol

KitsunehimeMilhi May 24, 2020 5:48 PM
No worries. It's nowhere near the trashiest review out there. I know how bad I was reviewing. I believe even some I left on the site are still pure crap, but sometimes they were unpopular entries and review had a lot of like so whatever.

It sounds like the review has a new purpose. I love sitting back and watching people go off about stuff like that too. I got laugh like a month ago when my brother and I took a couple out of a gym on Pokemon Go shortly after they took it and then berried our pokemon to keep their motivation up before a raid spawned there. I literally heard the vehicle door get slammed. The guy's pissed and I'm around the corner laughing. Not the same thing, but similar. It's just fun watching people get angry over dumb things, even if I'm also competitive with the same dumb things.

Thank you very much. Although, I may not usually like those images, I'll be perfectly fine. I'm used to it from scrolling through art for Azur Lane. The lewd reddit page for it may be really damn tame and not the 18+ way it was probably meant to be, but I just scroll right past them without them offending me. They're not bothering me, and they're there for the people that want them. Thanks for the warning, though. I certainly wouldn't have expected an 18+ artist to draw and original character like that. Now, it won't seem as odd.

KitsunehimeMilhi May 5, 2020 7:17 PM
Just starting watching Maid-sama and saw your review. I don't care if you hated it. Even so, I can completely understand why you consider a review written at like age 16 is a child review. I didn't write many decent reviews even at 19 when I started. If you don't like to write much, your reviews probably won't be that good. I feel sorry for you, though that yous till get backlash and comments on here about a 10 year old review. I kind of hate that that's how I find your profile too.

Switching topics, I was actually wondering who the girl in your profile picture is?

triguned May 5, 2020 7:48 AM
LOL @ your response to your Maid-sama review criticism. You should give it another go honestly now that you are older. I just finished it. It's mad good.

Height Apr 4, 2020 9:20 PM
I find it interesting how at a younger age, you appreciated Haruhi for what it was, but didn't enjoy Maid-sama, and had to address the fact that the review was written when you were young. I don't disagree with anything in either of your reviews, but I don't think the fact you wrote it while younger changes too much. I don't think your opinion on the matter would've changed too much, right?

AzureHakua Nov 12, 2019 4:59 PM
Sorry if you guys are offended by my Kaichou wa Maid Sama! review.
I wrote that review nearly 10 years ago back when it aired, so please take that into consideration for a minute.

That review was literally written by a child, so I by and large don't really associate with it anymore. To be honest, I couldn't even tell you what happened in that anime anymore. I do not have any plans to rewatch it or rereview it.

That being said, I like to keep my childhood writings online as opposed to deleting them to be a fun piece of history. Sorry if you are still offended by it. If you would like to talk about anime, you can talk to me on Twitter.