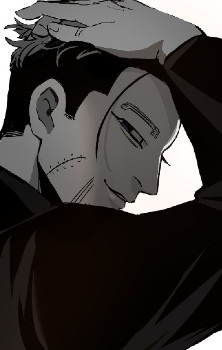 glemaraille May 14, 2021 9:12 AM
ma'am you have immaculate taste. also, saw your post under yuukoku no moriarty's episode discussion, i see we both like handsome men. 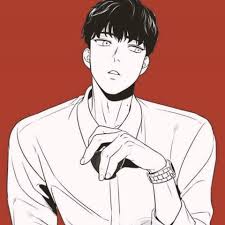 Ofc! I'd tell you when I watch Kattenai Kaizou! You're the one that recommended it to me after all. <3
Though tbh, I haven't been in the mood to watch anime recently. XD Ang pinapanood ko lang is yung new season ng Shingkei no Kyojin. Also, partly in part kung bakit ayaw ko muna manood kasi ayokong magalaw yung list ko...
kasi it has the perfect number days and mean score, nagkataon lang i promise. 👀

Do you think that confessing to someone that already has a SO would be super duper bad tho?
I've never really thought about it much, but I guess it would be bad, but is it like ]that bad? Just asking XD

"tahimik and masunurin" ka pala sa bahay... exact opposite ko pala... :x Role model ka talaga Ate, dejk hehe.
Uhhh matigas ulo ko since well I'm very bratty. XD Like I guess most of my friends, even those irl won't know about it until I tell people. XD I have lotsa family issues and medyo pala away sila sa bahay so may weird family dynamics ako and I'm kinda like an almost completely different person with them. >.> I don't like who I am with them. :c  Ate omg I'm having heavy deja vu, parang napagusapan na ata natin families natin or was that all an alternate reality?! O-O

Pramis u sound like such an adventurous person Ate, hehehe! Tipong mag camp sa labas. XD
Gender fluid afaik is constantly nag swiswitch gender identity mo eh. So if you're like that, then you really are gender fluid. XD And omg holy shit super sakto pala yung topic na to since ta-da surprisingly I'm non-binary pala! :D
Specifically, I'm agendered. I identify as having no gender at all. XD Like gender's just rly confusing for me ig.
I think I'm really confused by gender in a deep way, I don't get why people have to prove themselves to be a man and shit. I guess I just can't wrap my head around gender. I don't rly get why people are so hung up on conforming to it and stuff. Like, it just seems like this weird social construct thingy that's just weird labels that describe ur genitals and gives u things to do and not to do. =_= It's just... weird, confusing, and unnecessary. XD
I don't feel the need (or want) to be a part of that social thingy especially since I don't even get it anyway lmao.
When I thought about it, I never really felt like a man... Since all I ever felt like.. was well that I'm me! XD
That's why I prefer being called by the pronoun "they" and other genderless stuff since it represents me more.
I don't feel invalidated by being called male pronouns and stuff, but they just feel... weird. XD

My family matters regarding the whole urn thing aren't really a pressing issue anymore. XD
It didn't rly get resolved, it was just sort of brushed off to another date haha.
The holidays have been great kahit may pandemic. XD May mga nagstay samin na relatives for the holidays.
Madalas kasi, meron kaming malaking get together sa Xmas Day, kaso since pandemic wala. XD
Kaya nag stay over nalang yung ilan sa mga relatives namin, we were like 8 lang naman in total. XD
Kumpara sa 20+ ppl na usual number namin sa Christmas, nakakanibago haha.
Though me personally in the past while, haven't been great tbh. :x
I have reoccurring depression and they just kinda come and go depending on my mental state.
It goes away when my mental state gets better but when my mental state is, well, pretty unstable
or if I just can't cope properly or any shit like that it comes back. >.>
I just kinda have a lot of things on my plate rn tbh, so I've kinda been in the borderline of a relapse this past week or so. But I'm trying to take care of myself to keep it at bay tho ofc. :3

It's okie for the late reply hehe. And hehe ty for the compliments! Tho nahihiya ako dun sa profile description
ko since yun nga may word na orgasm (⁄ ⁄•⁄ω⁄•⁄ ⁄) among other weird thingys. Pero parin ako so I still like it. XD


There's this boy that's really eager to see you Ate. Ipapakilala kita! He really likes you! 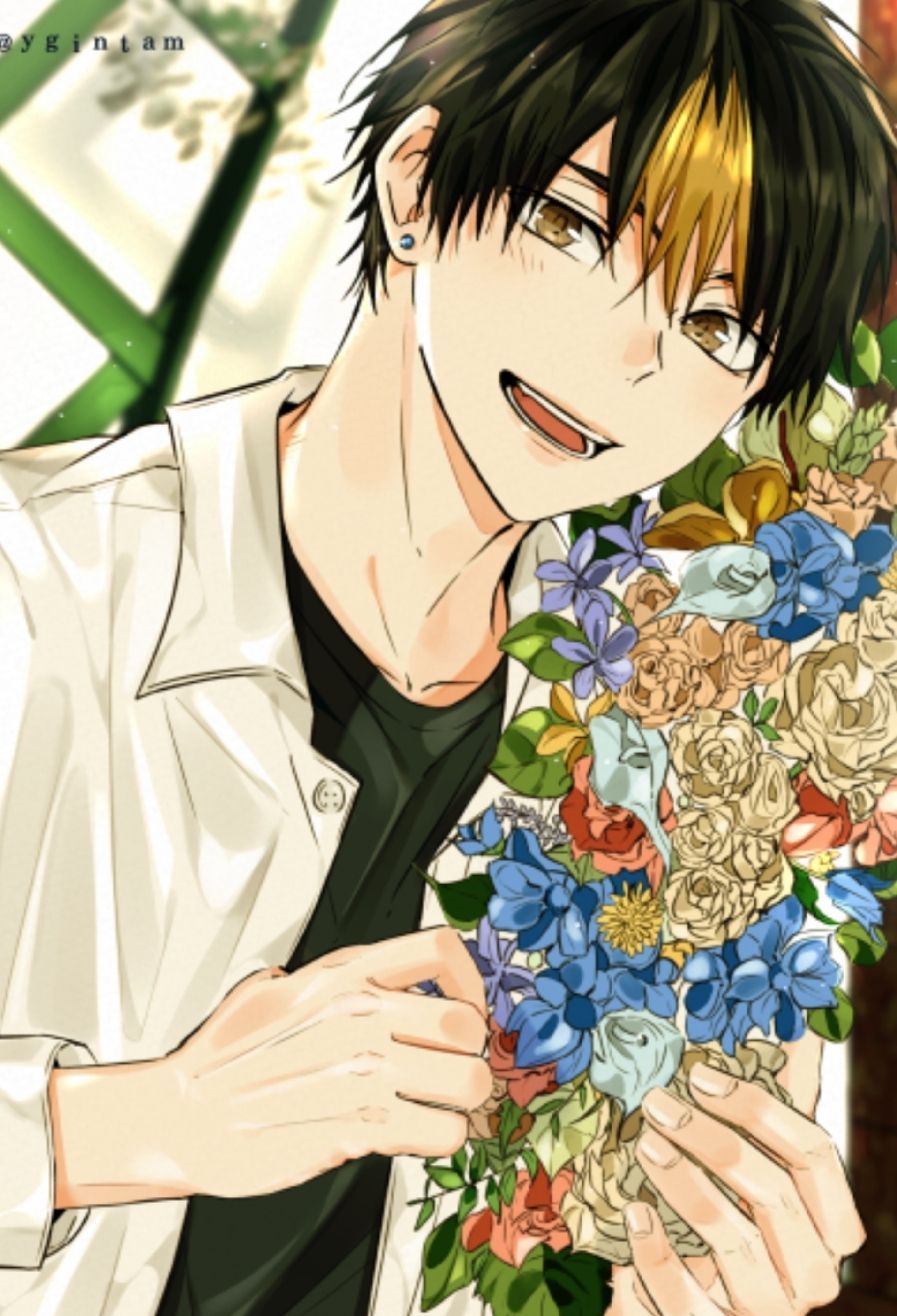 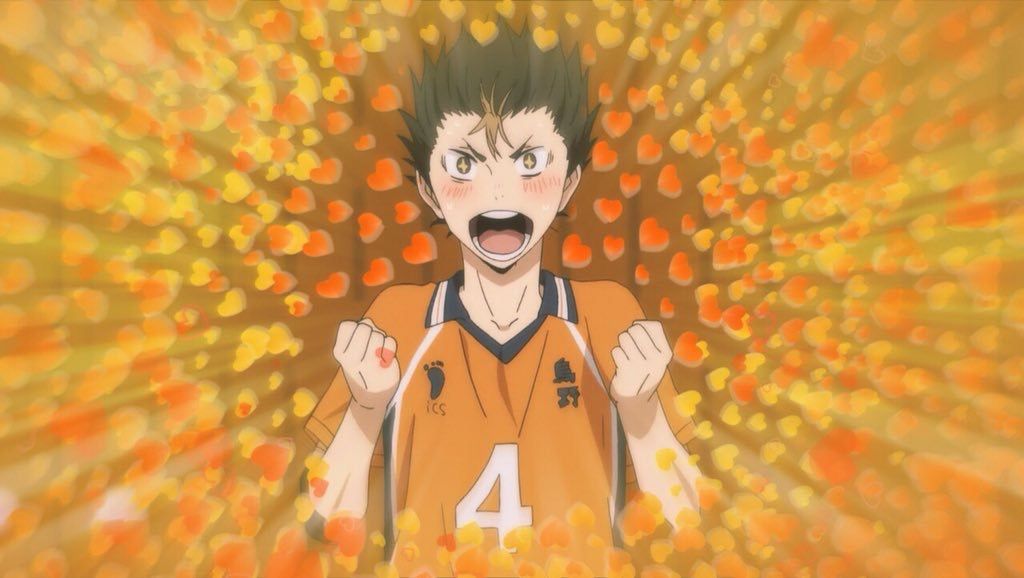 I think I shouldn't have talked to him and said that tho since he became a lot more eager!
Now he has the confidence to say 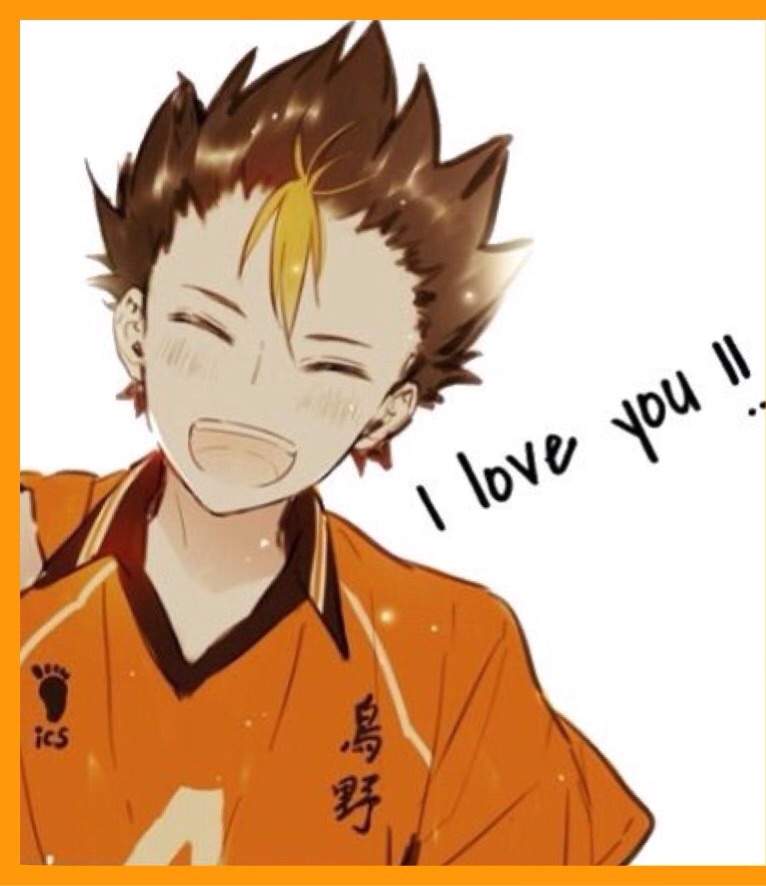 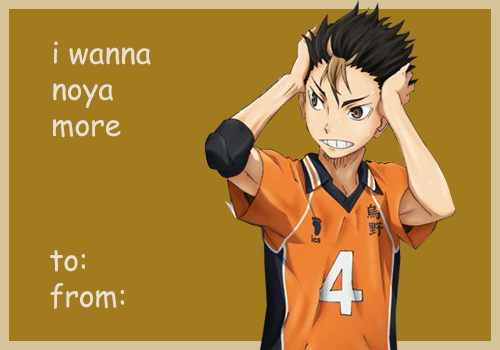 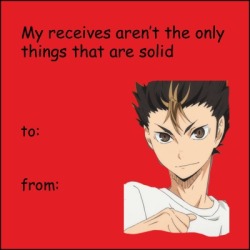 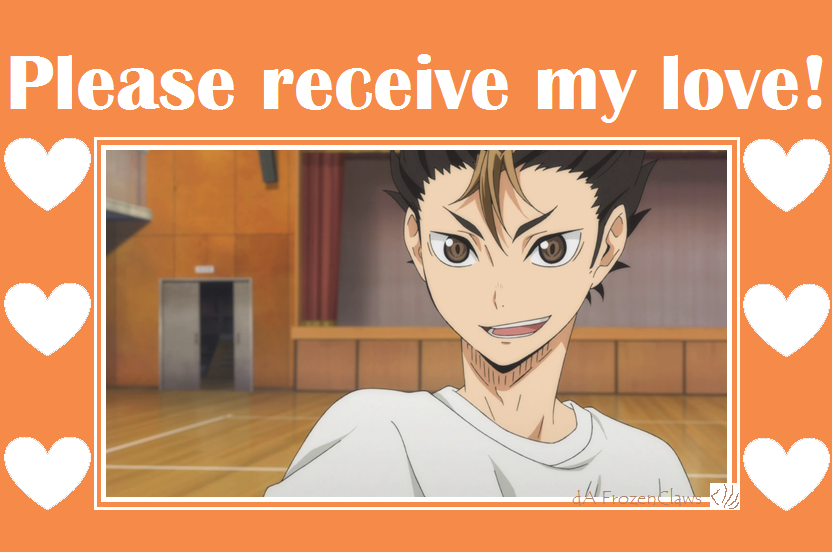 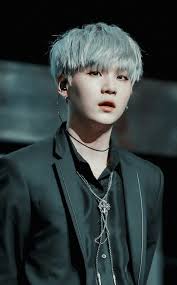 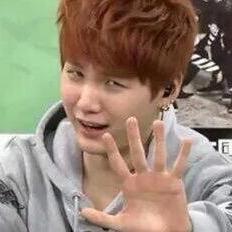 Me: Wait... no... You seem so suspicious! Ang tinawag ko na Suga is... well si Suga na senpai ni Noya tapos ikaw biglang dumating... Parang feeling ko sinasadya mong ikaw maging ka-date ng ate ko...
Suga: I'm not suspicious at all. I totally didn't do anything to that other Suga so I can be the one to be here. 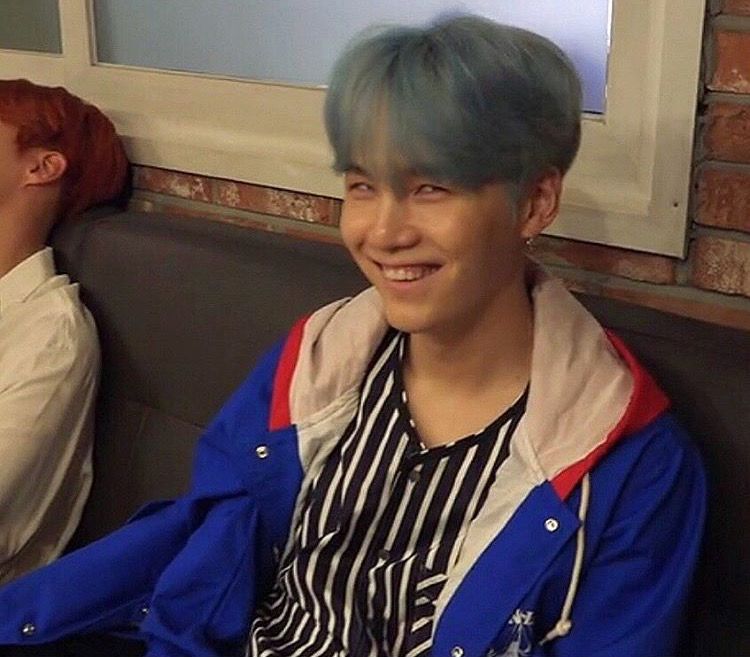 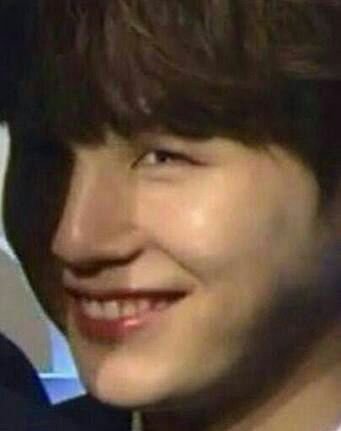 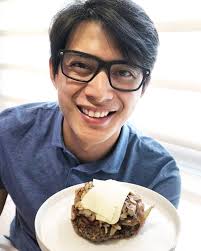 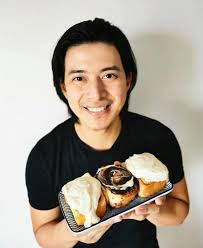 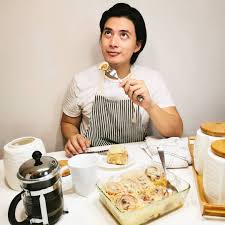 Suga: I'm sorry ngayon lang ako nakarating... The other Suga trapped me in his basement! 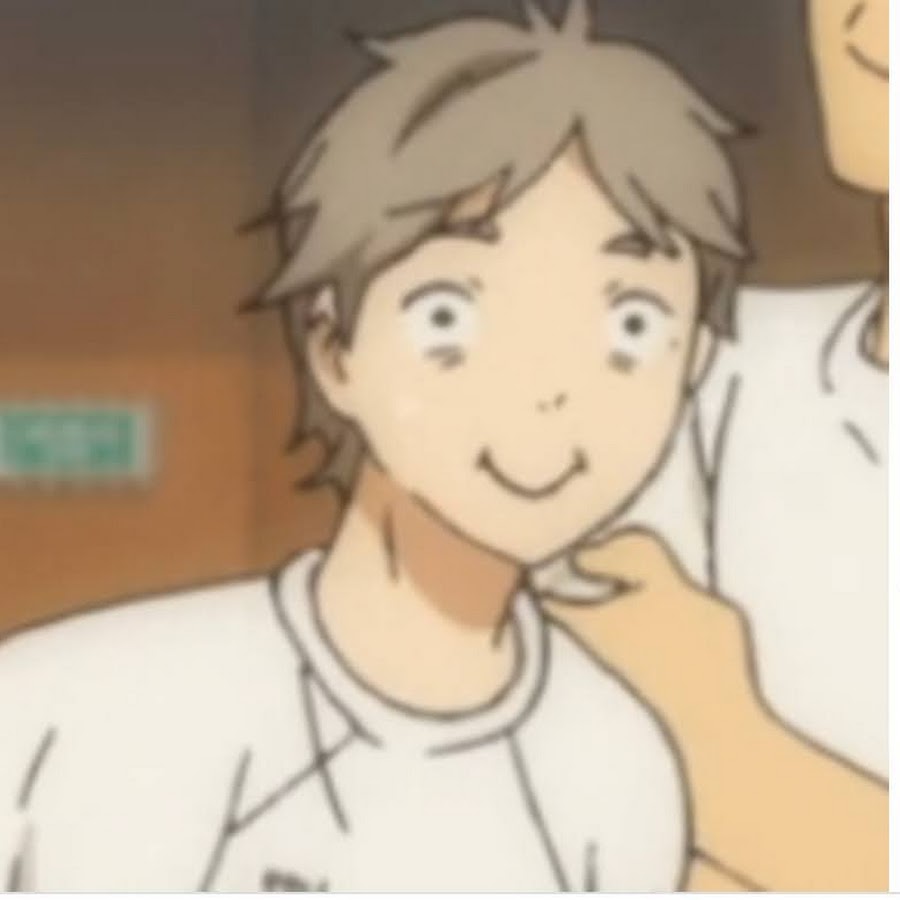 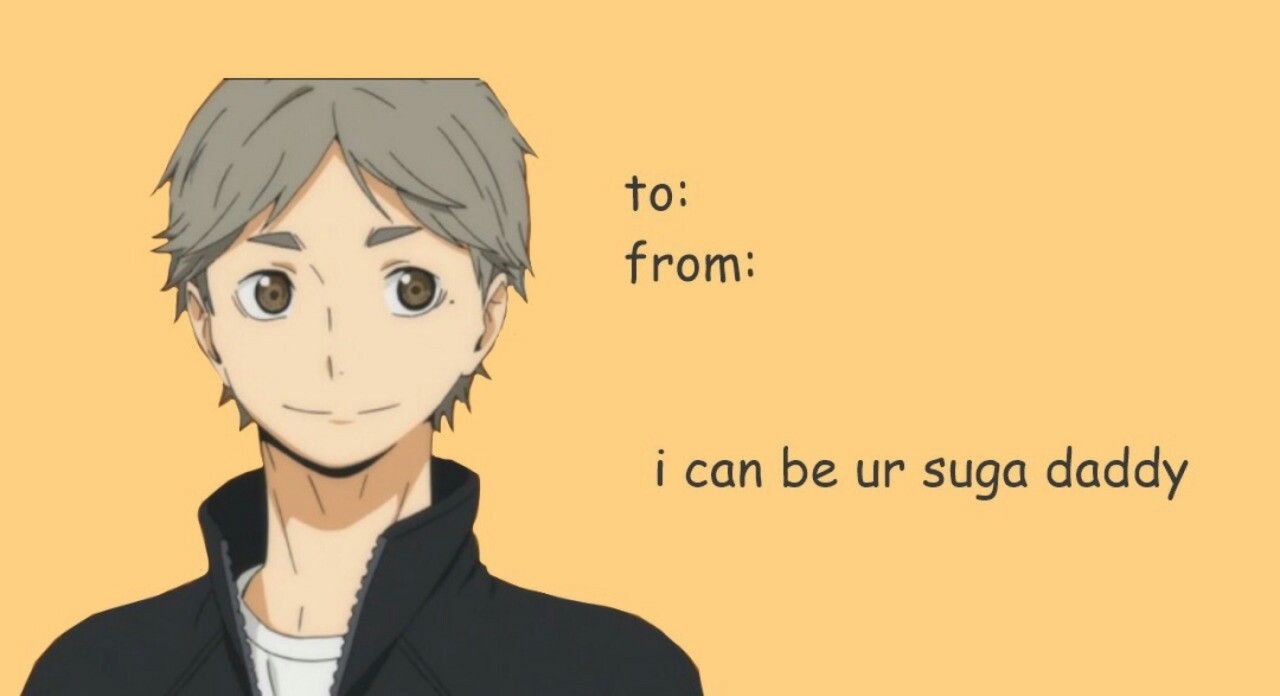 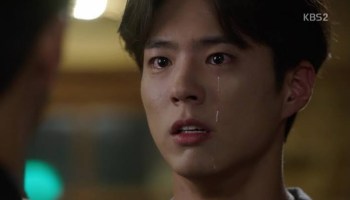 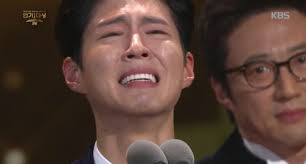 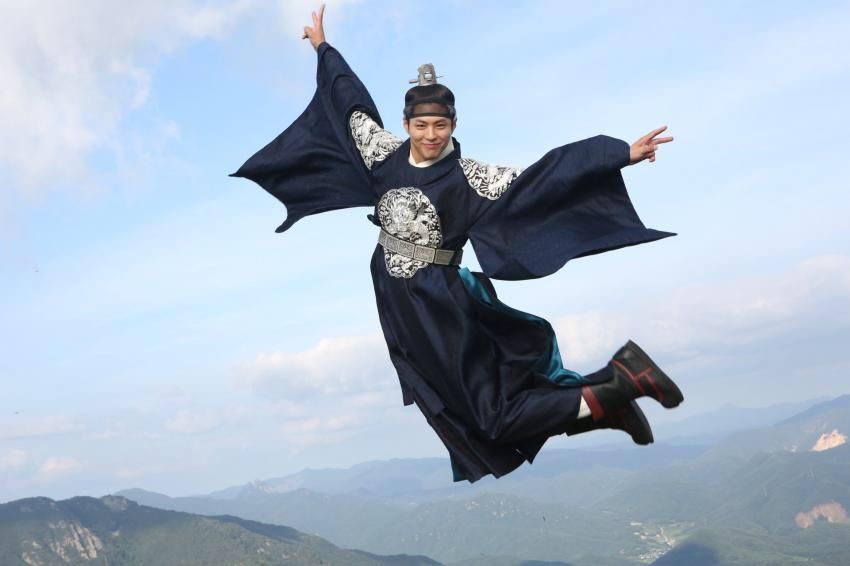 Belated happy Valentine's Day Ate! I love you so much!! :hugs: Enjoy ur date with Mike Tan hehehe!
Hope to hear from you soon! But ofc take your time with replying hehe! I hope that you still have lotsa time to relax and that you're like u know healthy and super duper safe (BUBBLE WRAP PA BA KITA HUHHHHHHHHH?!!!!). ❤ 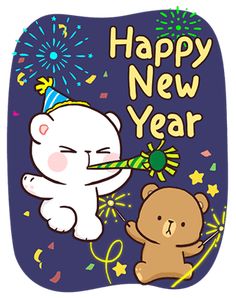 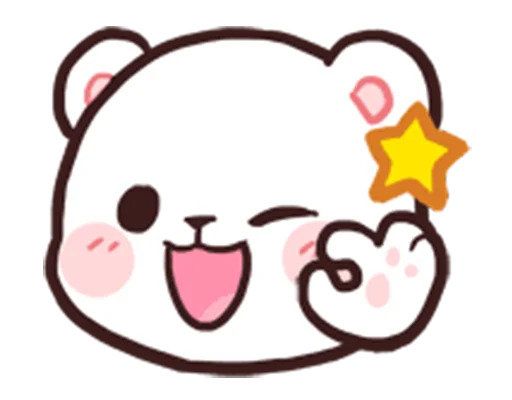 Oh just to inform him? Parang ngayon ko lang narinig yan ah. :o Most of the time, when ppl confess it's so that masasabi nila sa sarili nila that they tried or something. Why did u confess para lang alam niya? :o
I'm just curious, ish okie if u don't share it hahaha.

Hindi ko ni expect na Baribe girl ka pala kasi I remember you said before na maypagka tomboy-ish ka. :3
I don't remember if that means appearance wise or pati sa things that u like tho. Oh noooo, am I stereotyping??! DDD:

Whoaa nakikinig ka din pala sa Zebrahead, they aren't that famous eh. :<
Ok I have songs that I want you to listen to~! :DD
They're pretty much one of the only songs that I repeat nowadays. :3

I''m not sure if I've already made you listen to this, nilagay ko nalang ulit. XD
This is the song that I listen to the most nowadays actually! I've been repeating it for weeks. >//<
I think I have a major crush on the Swedish girl here, si Un3h!! >///< HER VOICE IS PERFECTION.
Dude, she's literally my first white crush since so far lahat ng mga naging crush ko Asians. XDD


Anddddddd nandito din si Un3h again lmao. I swear nagkataon lang!!
Also the Hungarian here, Cello has such a cute voice ohmygod can i die from kilig for someone's singing?!!


This time si Cello naman yung the person in commonn, oh and gusto ko din talaga si Raku da French pero this time because her voice is mesmerizing and not because I have a crush on her or dahil kinikilig ako. :3 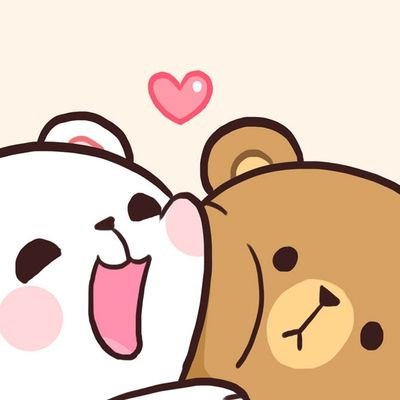 i was looking through some profiles and i wanted to talk to you since you seem really bubbly and interesting ^^
where in the world? i’m from tokyo japan

my name is tatsuko by the way, it’s nice to meet you :3
feel free to ask me stuff too, i’m usually quite talkative and open!
All Comments