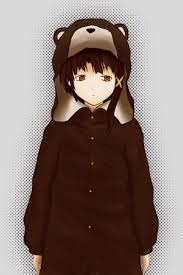 Draculestia Jan 1, 2016 5:51 AM
Well, basically when you're editing the information for an anime in your list, there is an option for how many times you've rewatched an anime. Here, I'll show you: You can see the option just above where it says 'Rewatch Value'. The Rewatched anime list adds up all of the times you have rewatched an anime series, including each individual time you've rewatched a single series; in other words, if I've rewatched Code Geass 6 times, it adds 6 to that Rewatched anime counter, instead of 1 to simply say 'this anime has been rewatched before'. At least, I'm pretty sure that's the case.

EvenJellyOn Mar 22, 2015 12:14 AM
Thought you said you didn't disliked it. Thought you meant that Mari was your favorite eva girl.

EvenJellyOn Mar 21, 2015 10:01 PM
Pretend you saw the show in 95-97 though. Asuka and Rei aren't bad characters and Mari is forced merc. Pick Misato as best girl if you have to pick Mari.