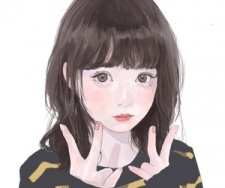 yes, my ratings are trash. whatever I gave a 10/10 that was when I first started watching anime. Stop sending me messages saying .my taste is trash because I agree.
Im lazy a f

btw, found your Koutetsujou no Kabaneri review and JoJo review which lend me to your profile. stop giving troll/bad rating on the good animes! JoJo was actually good.

Since I never really cared about Japan as a country I always thought it was an all-around rich state that didn't have any places like this, but apparently I couldn't be more wrong. I looked up some pictures and articles about Kamagasaki and damn, the situation there is the exact opposite of how I pictured Japan. If someone showed me those pictures and asked about their origin I would've probably said something like India or Vietnam but in no way Japan. I mean, most of the country is still how I imagined it, but it's surprising nonetheless.

It's kinda like you said. The country seems so kind and organized from the outside, but there is some real shit going on inside I had no idea about. The thing about the police system is also really surprising, considering the crime rate and all. The only thing I kinda knew about was their repulsion towards foreigners since our teacher, who was there for some time, told us about it. She said the people there weren't necessarily impolite or nasty towards her, but that most of them always had that "let's get this over with ASAP" kind of atmosphere around them. Considering their work hours and all that I wouldn't be surprised if they weren't the most enthusiastic bunch of people, especially to those who don't even properly know their language. Tho I've also heard other foreigners say that they behaved normally, so I'm kinda on the edge there right now. Depends on the location a lot too I guess.

Actually, I'm now pretty interested in this whole situation, which is something that really doesn't happen to me that often. I'm more of a person who only cares about his close surroundigs, but like I said, this got me interested. Gonna keep searching for a bit more I think :D

Anyway, on a lighter note. I see you have added the first season Index into your database and I guess that is because you saw it on my profile or something? I mean, that would be some serious coincidence if we finished the series both in one day :D

Oh yeah, that was my review on Hakata Tonkotsu Ramens (it's still up if you wanna read it).

Wow, that actually sounds really interesting, I'll check that out when I have some time. It still sounds pretty ridiculous, to be honest. :D

And just to clarify my review a bit, the part when I was talking about the city and the killers wasn't really the point I was trying to make. I just wanted to imply how effortlessly was the setup of the series made. Basically, I just really disliked the series as a whole. Characters, story, the action sequences - nothing settled well with me. That's the reason why this whole "this is a parody haha" atmosphere the series was throwing at me felt really lame and effortless. It was like they just wanted their story to be different for the sake of being different and yet didn't want to go through the effort of explaining anything, so they just hid it behind some self-aware jokes and a parody label.

But enough about that. Like you said, we are lucky to live where we live.
Thanks for the msg, I'll definitely check this city out :D

Rahzek Aug 9, 2018 10:21 AM
You may want to give Shouwa Genroku Rakugo Shinjuu a try if you're looking for a series without fan service and a serious tone while telling a compelling story that delves into cultural history at the same time.
All Comments