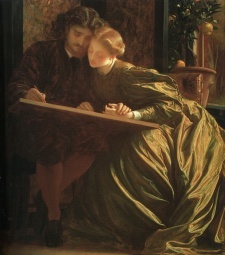 starshinesMonet Feb 9, 2012 3:11 AM
Great job on your Inaka Isha review! I was particularly taken with this observation "bodies are not only out of proportion, but in constantly shifting proportions..." as it was one of my favourite aspects of this anime. Can't wait to read more of your work! ^_^

burntlettuce Mar 23, 2011 9:49 PM
No, but she does specifically mention him, and he is the only one from the first book(season) that she mentions by name.

burntlettuce Mar 22, 2011 8:32 PM
You should definitely try to check out the Moribito at some point. It's a shame, because none of the first characters re-appear from the first book, but Balsa does mention them at times. They are pretty good, hopefully the Third book gets released over here at some point.

hellogoodbye Jul 31, 2010 12:21 AM
Thanks for the forceful recommendation on Porco Rosso. I loved it
All Comments