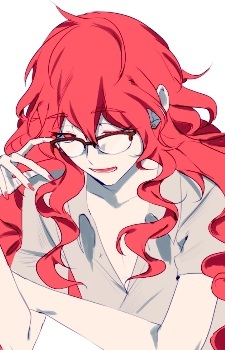 Hibbington May 18, 2020 10:57 AM
Yeah I get random friend requests all the time, people don't read XD.
But you just have to do your due diligence on laying down the guidelines.

Hibbington May 17, 2020 7:27 PM
Greetings Ziafung, I recently gave you an invite to a seasonal club called the Anime Guild.
But I do also like to interact with the people I'm looking to bring into the club.
The club consists of a lot of different seasonal activities from Power Rankings to OP/ED Comps to Seasonal Cards.
We also have an active Discord Server as well as annual events throughout the year ^.^.
*If the invite doesn't go through just message me about it*
"I don't know why people would add someone whose profile is basically empty"
Sees almost 1400 completed entries, sees basically a full favorite section, sees 2000+ club comments. I feel like this was written a long time ago XD.

Yeah, probably this year or next year.
It seems like it's kinda long to wait for the next episode. I've watched the latest episode almost a month ago. I think Episode 6 was about reuniting Michiru and Nazuna. I think it's obvious that Nazuna was manipulated by some cult. XD
Well, as for Episode 4. Probably I'm still going to watch next 2 episodes and decide if I'm going to dropped or still continue watching it.
Oh I see. Well, every episode was getting better and better though. Damn, Khun was overpowered. Not really sure what should I feel about Rachel and Bam saves her.
Agreed. She became more like a savior in all approachable character than being a villain. But I think being a villain would be fun too XDD

Pretty sure, Kakushigoto will never disappoint you. Damn, the animation and artstyle was so neat!
Yesterday for Me was not hard hitting dramas. More like a 4 individuals trying and struggling to find their direction in lives and of course it has some love triangle though XD
Well, this season anime was not as many as the previous seasons.

ExoticNeeds Apr 29, 2020 8:34 AM
Oh yeah, I remember that thing. I think it was a youtube vlogger who recommends the watchers to make account in MAL and rate Reviewers 10. Well, only FMA Brotherhood didn't affect the rating XD
I think the game lacks in gaming system that's why Maple was OP. I only thought it was her defensive was OP but it seems she always reveal a lot of weird skills XDD

Yeah, I've seen over 40 episodes. I like how the story flows in Space Brothers.
I still count the remake if they're worse but I don't think it will be worth for AOTS. XD

I think so she was already spent 3 years in university. I'm not really sure if she was going to work there. As far as I know she really love to study. XDD!
BNA - Oh you mean the baseball episode? Well, I agree it wasn't the best episode and totally a filler.
Fujou Keiji - probably most girls watching it because of some possible baits. XDD
Gleipnir - Although it was unique and intriguing it doesn't mean it's good though. Sometimes this show looks edgy. But the fight scenes animation was great.
Kakushigoto - I only seen the first season of Sayonara Zetsubou Sensei. Well, the style was totally the same.
Kami ni Tou - Oh I see but I really like this one. Yeah, I wanna totally see Noblesse anime.
Otome Game - But seemingly it turns out that the yuri route was unlocked. XDD! Well, I don't think ecchi was necessary here.

Thanks. Same to you, i wish you a good health as well.
Our lockdown just keeps extending and extending.
The virus can be positive with or without symptoms

Yeah, I agree with it. I was laughing out loud when the other species prefers the older human women and Stunk was disgusted to the older human woman, while he prefers older elf woman but the other species disgusted older elf sexy woman because the elf was old XDDD
Yeah, it's different kind of approach of ecchi anime for me. Then I was shook that it has rating of higher than 9. XD Almost beating FMA Brotherhood.
Well, probably you're not much fan of isekai anime. But wait, it's MMORPG just like SAO XD!
Just for me, it became better though.

Not really sure though but I usually watch lot of airing anime last year. Right now just focus on longer finished anime and some few airing anime. SOme of the airing anime getting postponed due to pandemic. It's understandable for the safety of the staff and good thing for catching up some backlogs.
I've done World Trigger and currently watching Uchuu Kyoudai.
Well, I usually count remake if it is better than the original.
Yeah, I agree with you there but it seems like it can be improving the story though. XD!

Because my older sister currently staying in Germany and studying PHD there. Not really sure where but I think it was in North Germany and it was in island.
BNA - so far so good as of 6th episode. Totally Triggerish style anime.
Well, Fujou Kenji was caught by surprise. Usually this kind of anime will have rating lower than 7 but seems it was ranging 7.5. Well, I don't rely on rating but it was interesting in first episode.
Gleipnir - It's new to me and the story was fresh though.
Kakushigoto - is another contender anime for me. The art was great.
Kami ni Tou - Well, the art style was somewhat bland but the story is wise so far. Well, it was totally appreciated because it was first time to have anime came from Webtoon (Korea)
Otome Game - I could say it's shoujo version of isekai anime XD
Yeah, Kaguya-sama S2 totally stand out for me the most.
It's too hard to predict which I'm going to be my AOTS aside from Kaguya sama S2.
I haven't watched second season of Kingdom. Well, I only watch the first season on Netflix last year. XD

But the reception and the reviews was universally acclaimed. :3
Well, I think DxD was still better than other ecchi shows. Ishuzoku Reviewers, was also good as well. I like how they rate every interspecies they sex with, it's kinda unique ecchi story for me. XDD!
But if you continue watching BOFURI probably you will like it though at least.
What anime have you watched last season?
SAO Alicization was more like a SAO Rehabilitation. Alicization it's far away better than the previous arcs.

LOL! Of course, if there's a great anime. there's a bad anime so I think 2019 had remarkable anime but it just lacks quantity. XDD Probably reason why my average rating of 2019 is lower because of Fairy Gone, Isekai Cheat Magician, Tsuujou Kougeki ga Zentai Kougeki de Ni-kai Kougeki no Okaasan wa Suki Desu ka? and others XD! I still keep watching it even though it's painful :((
Winter: Do you like Ueno-san?
Spring: Of course it counts, shoujo anime nowadays are endangered species LOL! I haven't seen a lot of shoujo or josei anime right now. Well, I understand that you don't like Demon Slayer. It was the visual are turning this series great.

It seems like you're pretty busy nowadays.
Btw, in what city in Germany do you live?

ExoticNeeds Apr 14, 2020 5:16 AM
Does your country have go through mass testing?
Well, people would behave seems impossible here. XDD
I think only necessary needs are only required to open just like supermarket, hospitals (of course XDD), factory (for foods and drinks only).
So what happen to the owner of the ice cream shop after the suing him/her?

It seems like Tower of God had a good reputation same with Noblesse and Solo Leveling (but I don't think Solo Leveling will get anime yet)
Well, yeah I could say Reviewers was one of the best ecchi anime I've ever watched probably tie with High School DxD or little better.
BOFURI was also good anime. I like Maple her fighting style was funny but overpowered. XDD

Oh yeah, you're right I must quick to judge this year. Well, I could say 2019 Anime was really strong. I have my favorite anime in each season of 2019.
Winter: Mob Psycho 2 & The Promised Neverland
Spring: Attack on Titan 3 Pt. 2 & Demon Slayer
Summer: Vinland Saga & Dr. Stone
Fall: Beastars and Chihayafuru 3

ExoticNeeds Apr 13, 2020 7:43 AM
Well, its kinda scary though because I havent able to go outside for almost a month. XD

I'm also watching that too. So far the characters was the most interesting in that show but still at ep1. XD that detective was really rich.
Well of course. I watch some interesting shows like:
Tower of God - I heard it was a good Korean Webtoon Comic. So far its really interesting although Im still trying to like the artstyle. XD
BNA - 6 episodes was out. Well I could say it was really a Trigger-ish show. The story was promising though.
For the last season: my favorites are Haikyuu to the Top, Eikouzen, Dorohodero.

So far I haven't found totally interesting non sequel anime so far in this season even in last season though.

I'm doing good although bit scared for the current situation right now. Well, I haven't go to my work for almost one month lol

What anime are you watching right now?

ExoticNeeds Apr 11, 2020 10:21 AM
Of course, I still remember you.
Not really sure about it because I dont remember when did I change my username. lol