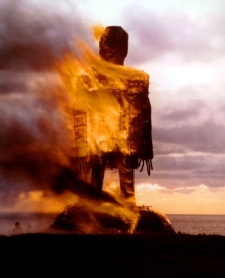 VanVeleca Mar 6, 2022 7:44 AM
Hey, read your recent review of Oujo no Abaddon.
Not sure if you found out already, but it's actually based on a indie eroge of the same name, it got a translation just last year

I highly reccomend it if you liked the story of the OVA/ONA
https://fakku.itch.io/abaddon

kazembe Apr 21, 2020 9:11 PM
Thanks for accepting, I just finished Joshi Luck! and came on to rate it but I saw your review and had to friend ya.

For anime I like Cowboy Bebop and Code Geass.

Chromephone Feb 12, 2020 8:33 AM
Yeah we have pretty similar opinions on tes then. Fallout 3 basically was the first game I ever really played and started my love of video games. I was obsessed with it in high school so of course I got oblivion and skyrim when it came out as well. Respect for not even mentioning skyrim, always thought it was super boring even when it first came out and was so hyped up.

So I was surprised by morrowind creative world, I really enjoyed that. Its world was clearly much more thought out than the other tes games I played, with its mushroom trees, big jellyfish creatures in the sky, all kinds of bizarre monsters. Other games had nothing like that. I dont mind the obvious shortcomings so much, my main problems with morrowind is how confusing I started to find it after getting like 100 different quests and also the lack of characters. Met a shit load of people but almost none of them even had a personality. Even then I got pretty far in morrowind, honestly I doubt I'll ever beat the main campaign but I had a lot of fun.

I like it about as much as oblivion, which also has it's own problems but I enjoy for its quests and shit like this. I've started them all many times especially oblivion and skyrim and never even come close to beating the main quests. Just never am very interested.

And yeah, bethesda was dead to me after I bought a ps4 to play fallout 4 and hated it. Definitely not buying anything by them again. Truly my heart lies in new vegas. That game was a dream come true, and basically does everything I like about any of tes and fallout games a million times better imo.

Chromephone Feb 8, 2020 3:57 PM
I really like a lot of things about morrowind, and honestly taking a bunch of skooma and running super fast/flying makes it immediately the best elder scrolls game lol. I wish your quest log was different though, honestly mine like 150 pages now and I havent played in a few months so i basically cant remember what I'm supposed to do anymore. Which es game do u like best? I'm more of a fallout guy myself

Reddu Feb 4, 2020 11:25 AM
I sincerely apologize for the HUGE delay for the delivery of these cards. I will make sure not to delay any future cards, at least not this long.

Click on the cards for the edition you've signed up for.
You can use Ctrl+F to search for your cards.
Don't forget to save and rehost within a month~
If you have any issues, don't hesitate to PM me! 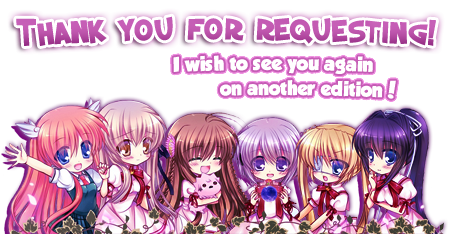 Also Thanks for accepting my FR! ;)