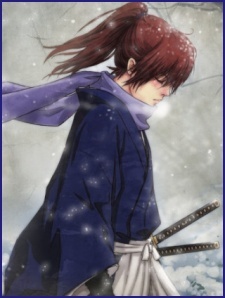 Shuda Jan 16, 2013 8:19 AM
Well, the Novels are licensed by Yen Press so your best bet is to purchase them (I read up to volume 10 in the past with "unofficial translation", though I can no longer point you in the right direction). I hate reading novels off a screen anyway lol. I buy mine every time I travel to the States (approx. $12.99/per), which is usually yearly. As of 2013, 3 novels will be translated per year by Yen Press, they just recently finished Volume 7 in December 2012.

Also, while the Novels and the Anime are the same content, and same characters, they are 'different". I don't know if you've ever read Light Novels before but there are many I know that love anime adaptions, but can't get into the books easily. I always liked reading in general, but it was still even hard for me at first lol (though perhaps it was my mistake from starting with Vol. 5. Went back to the beginning later). Though I now feel the same love for both, it's in a different aspect. The anime is "instant gratification" for me while the Novels are more of a long progressive and detailed journey, with many side stories (just like life) with 90% of the internal thoughts being from Lawrence's view. If you do read Light Novels in general, then you should be familiar with how it works already, specifically with a series like Spice and Wolf. I would recommend getting a single volume at first, then seeing for yourself first hand.

Shuda Jan 15, 2013 10:03 PM
I highly doubt that there will be a S3, for various reasons. One being that it would only cover 2 volumes (likely 6 and 7) going by their current pacing. That means there are 10 more volumes left to cover, and Season 3 still wouldn't give the "closure" that many people look for; it would only make them want a S4, but then there are many other higher profit Novels that could be adapted, like Suzumiya Haruhi or 'Durarara!' for example (Spice and Wolf S2 ending at least had the "bold" move, so it was a good place to cut it off and market the Novels). I personally don't mind as I'm a big fan of the Novels as well as the anime and I have no urge to end the journey any time soon. I was also satisfied by the ending of S2

It snowed to symbolise that they were getting closer to the North, they kissed regardless of all the logical reasons they shouldn't have (they are a confirmed couple now), and they were taking a detour to go after Fleur to regain Lawrence's status. Season 3 wouldn't give the closure to Lawrence/Holo, that would be volume 17.)
You should check out Maouyuu Maou Yuusha, it's airing this season and it's about as close as anything can get to Spice and Wolf, I call it the "cheap-man's" version of it lol. Though a cheap version of something priceless is still very expensive, no? ^^

Shuda Jan 15, 2013 7:14 PM
No problem, I'm glad that post was useful to someone :). Also, if you ever have any question regarding anything of Spice and Wolf, you can count on me (I literally live and breathe that series lol).

Haha yeah, you can't really go wrong with Kenshin or Brotherhood either ^^.

Dunky Dec 10, 2012 2:01 PM
Hey, just wanted to remind that you the Simul-Club will begin watching Kazemakase Tsukikage Ran today, please join us if you can!

Tkavatar Dec 6, 2012 1:25 AM
I'm reading the manga for kaichou wa maid sama right now so I'm definitely going to watch the anime for it. I got discouraged from watching cowboy bebop because when I was a kid. I tried to watch and I didn't understand a lot that was going on. When your like 5-7 years old a lot of things tend to go over your head lol. I'm going to give it another try though

Tkavatar Dec 5, 2012 9:54 PM
Thanks a lot. I will definitely put your criticism to good use in my next review

Tkavatar Dec 5, 2012 8:56 PM
Hi I know you don't know me but I just did my first review. It is about an anime called Durarara. If you could just give me some feedback and rate it as being useful or not useful I would be extremely appreciative. Ps: I could use a couple of friends on here because I don't have any yet. If you wouldn't mind I would like to add you. Just let me know please.

Alcoholicide Nov 29, 2012 5:45 PM
Well, thanks for the tip, but I didn't really enjoy the dub either for various reasons(I tried both) and for the story I have read the manga a lot of times and will probably reread it again in the future. I plan on checking out Trust and Betrayal eventually though, I heard a lot of good things about it.

zahodnik_miensk Nov 22, 2012 9:01 AM
I just watched RAW of 2nd OVA of Sankarea when it appeared at the Internet. Sorry, but I can't help you with this.
All Comments