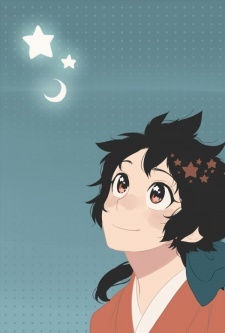 aeysoi Mar 17, 2014 7:17 AM
We would love to have you in our Watch Anime and Talk Simultaneously Club. Please take a few minutes to check the club out and read our FAQ to see if this is the right club for you. We are sorry to bother you if you are not interested in any clubs or social activities.
http://myanimelist.net/clubs.php?cid=41039

symbv Jun 11, 2013 2:09 AM
Cool. The youtube ( rvTJYUqflwM ) looks good and I think this is a fine source for the news. I am currently working on this week anime BD/DVD/music sales but I'll process your news after that. Thanks.

symbv Jun 11, 2013 1:50 AM
The PV you mentioned would have been a good source for the news. However, when I clicked it it gave an error saying "Error: No video file was found". I wonder if you have another link for the PV except http://www.otomate.jp/jyuzaengi2/movie.html Perhaps one in youtube or some video hosting site?

symbv Jun 10, 2013 9:56 AM
About your Juuzaengi story I would hold it for now because the weibo post is not from an official source so I cannot use it as the source of a news post. I have looked around in Japanese forum and blogs too but the few mentions of it only commented it was announced in the event but no other evidence shown. I'd need some official source that confirms the news, or at least some pic or scan that confirms the announcement. If you happen to see such evidence let me know - I would use it and approve the submission. Otherwise I'd wait for the official update on its website.

Straw Jul 2, 2012 6:18 AM
I just wanted to say thank you for the brilliant Jinrui wa Suitai GIF you posted in the episode discussion thread.

Ouch XD damn studies. studies can kill D:
OP OP OP !!!! Tell me when you watch it. I wanna hear your opinion about it. about everything of it *w* *big fan

Yeah, personally i do have faith is true 8D and the voice looks really his. oh nakai *w* take me home XD

Exactly XD but still, thanks again anyway :D
It's just, that Nakai is so damn charming, that i can't watch basara without hearing his voice. would feel so wrong XD

Yeah, indeed. Chopper's arc ends around ep 80 or so.. you've near the first hundred of OP episodes, that means that you are almost at 1/6 of road, to the way to catch up XD

Hum, nope, sadly i didnt get a chance to read samurai champloo manga...yet.
But a friend of mine also read it and said me it was amazingly funny XD
AW! oh gosh WHERE?*w* dont u happen to remember the chapter/page where was this Mugen/Fuu scene? i HAVE to see it *W*
*worships that couple sooo much..*
i bet that scene is damn cuuuuuuuuuute.

Haha XD danshi koukousei is hilarious X°D too bad is already finishing.
another bad thing, for me, is that the ita group who is subbing it...makes so many big mistakes D: they are ruining this poor anime ;W;

Oh Yeah! Fukkireta! (i even knew the right title, but somehow i always forget it and end up to call it with the repeated sentence they sing in the middle XD
Hum, you know, probably it's the bad quality video who made you doubting if it was him.. well i have no real proofs like quotes from official source saying that he's one of the billions seiyuus who sang this song.. but, honestly i really believe it's him.
Because, somewhre i found even a Zoro version of that video (the video was very bad XD) but the quality audio was better than Date's and it was even notable that was him for real *w* wait. maybe i found it


Anyway, on web you find everywhere that ppl who did put those vids online found the song from nico nico douga, which is an official site, and if i'm not wrong, should be allowing only real seiyuus (and not fandub) songs/stuff in it.

Thank you for sharing the another Nakai's video btw ♥

I really have to thank you for remembering of me with the SB ova *w* i really appreciate that u went through all the bother to find it ;w;/ really thank you.
Although i think i'll still wait to see the original jap dubbet (with eng sub) version since i, myself, am not english and wouldn't understand too good the spoken one in a eng dub version ;w; but i really appreciate ur effort, thanks a lot!!! ♥ also the another big reason is to listen to nakai's awesome voice.

Ohhh, well if you've seen OP until chopper's past u've already seen around 80 eps. that's not bad! yeah ;w; his past was very sad, made me cry too.. but the past the made me cry the most was nami's
Your friend has good taste too 8D well OP is just awesome.
When you get to see it, just tell me which are ur fave charas *w* i'm quite curious about it :D

I KNOW RIGHT? D: Mugen x Fuu would be such an amazing pairing, but NO. Let's let fans with an open ending D: and i know the manga was even stopping the story before the anime actually (which is quite unusual, since is usually the opposite: anime stops before the manga right b'cuz the manga is not ended yet)

Isn't it? i always laugh so hard when i watch DKnN XD haaa?! Kenichi was also voicing a chara from gintama!? cool 8D [i so like his voice as well]

Again sankyu, and sankyu and sankyu ;w;/ and really, no worries at all for the late o_o!!!! is no big deal :D also, to make myself forgiven as well since i'm so picky and prefer the jap version ;w; gomen for that. i'm going to show you something *w*

On the web there's this song "Itsudemo I Love you" (meaning "i love you in any moment" or something like that) that is sung by many famous seiyuus (Kamiyan, OnoD, and many others Nakai too!!) so i love listening to Nakai's voice while saying such romantic things *w* !! ♥

hope you like it! unles u knew it already!
All Comments