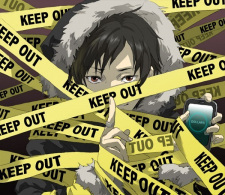 I also don't want AOT to end..
My Favorite too💕❤️

yusa_96 Feb 3, 1:12 AM
I am still enjoying and will always enjoy AOT. I am thinking to rewatch AOT after season 4 is completed. I have heard that there will be two parts in season 4. What do you think about it?

yusa_96 Feb 2, 6:40 PM
Actually I don't read manga. If it's AOT manga, yes I do. I don't like taking spoiler from other people. If I have to know the spoiler then I read the manga

yusa_96 Feb 2, 5:29 AM
Huh!!!
When I know a person is Eremika hater I instantly unfriend him/her because once I have met one and what makes me angry about them is why do they hate this ship. It doesn't make any sense why will you hate this ship. You can say that you don't ship them but why the hell hate it... 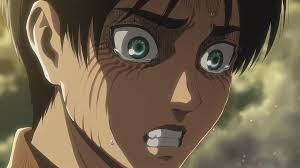 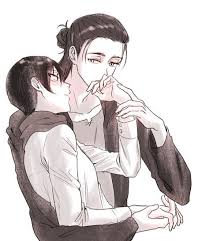 Actually no, since one of the cut scenes showed her as a young girl

> stopped following news about the game at some point because all the leaks showed a story that I have no interest in.

So not only you don't know what you are talking about, but all your opinions are based on leaks which aren't even accurate. And 6 years after the game came out, you still argue using factually wrong opinions. Congratulations, you played yourself

> but for some reason you like to drag it on.

Much like you dragged this on to the point you contacted me and used arguments based on a 7 months old leaks that weren't even correct.

>Short hair on a woman doesn't automatically make her manly.

Actually more manly than Abby. In fact, she could easily pass a young man in the second picture. Do you also think it's trans too? Maybe you should get angry at the mangaka author. =)

Bernrika Dec 8, 2020 6:08 PM
There is no come back to this, just stop. You told me to "learn to read" and you didn't even play the game and thought Abby was a trans woman because... you made it up? You are literally hating on something you didn't play and don't know. You spent a whole topic and conversation arguing about something that only existed in your head. Sounds like you have an... agenda.

But as a Shingeki fan, you should love manly looking women, look how manly Isayama draws Mikasa these days =)

How does it feel to take so many Ls?

Also check out her abs!

She has more abs than Abby's!

Bernrika Dec 6, 2020 2:43 PM
And as you do what, remember to actually play TloU 2! Maybe this time you'll know which character is trans ans which isn't!