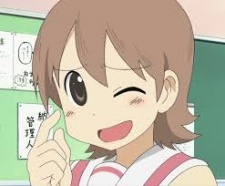 Hi, nice to meet you!!!
Thanks for the FR <3
Feel free to chat with me

alexs_15 Dec 13, 2021 7:25 PM
Muzan as a character would be a lot better if we could just see more of him and his past. It gets beaten into the viewer that this guy is BAD. He kills people, turns them into demons, kills and tortures his subordinates because he feels like it. But that's all he is as a character is just evil incarnate. If we had just been shown more of his past than just like 5 pages it would do a lot for his character....


Muzan was born into a noble family and was always very sickly, meaning he probably always had people doting on him as a child which would lead to his narcissism as an adult. So just show that. Muzan also has the world view that everyone that's nice to him is good and everyone that's mean to him is evil. We can see this with him calling the demon slayers a group of demons and thinking that yorichi is the monster, not him. So show why he believes that. Show a scene where he gets mistreated by other kids or by a caregiver and one of his parents steps in, scolds them, and says something along the lines of "I can't understand why anybody would ever be mean to you Muzan, you're so sickly/ a noble/ etc".


Muzan had no problem killing the doctor or eating people. So show a scene where someone has died and he's the only one not sad, he's just a cold emotionless child that never developed empathy or understood why death was a tragedy. Show a scene where he comes across a body as a child and is unfazed. Just show some reasons for why he is the way he is. Just show the type of child that was able to grow up into the demon king. In the databook it said that he was such a monster that he drove 5 of his wives into killing themselves. So SHOW it. Show his interactions with his wives and how he was even able to do that, show how even before living past his lifespan he already saw others as tools to fulfill his wants. It would explain why he treats his demons the way he does.


Muzan didn't need some tragic past that explains why he is such a killer or what drove him to kill others. He doesn't have to be an anti-villian. Just for the love god show why he is the way he is. Otherwise he doesn't come as a character and more just as a representation for evil.


madara is a wayyy better villain lmao dont compare him with muzan... n yh even i felt like the last arc was kinda boring, kaguya is another example of a bad villain lol


also ur right naruto was the reason i started watching anime XD n i was planning to Nichijou this week :D

alexs_15 Dec 11, 2021 5:08 AM
"His reasoning is bland, but that's to be expected, since he has lost his humanity" but there were 2 other demons who were able to think rationally like humans n work with humans

anyways let's say that he got that cure, what's he gonna do after that? kill all humans? if that's the case why?


the author literally can start a sequel to demon slayer if he wanted to, some1 can get/make the medicine that turns humans into demons...point is I feel like the back story to muzan is weird, the author really shud hv thought of sumthing else than a frickin medicine cuz medicines can be re-created even if the recipe or whatever has been lost for hundreds of years...

alexs_15 Dec 10, 2021 10:45 PM
I have actually read the manga ages ago, and as far as I can remember muzan motivation was to be the strongest or something? I can't really remember...what was his motivation again? to be a demon who can walk in broad daylight?


all characters in demon slayer is super bland....
typical mc n side characters, no thought has been given fr most demon slayers characters other than some tragic backstory

alexs_15 Dec 10, 2021 9:59 PM
I feel like demon slayer generally doesn't have a good plot especially in that movie... it does not have great characters like in naruto Shippuden, I mean look at muzan, he is evil for the sake of having a main villain no good backstory n they never explained how exactly demons appeared anyways... now look at Madara, epic character development, has a really good back story and so on, naruto Shippuden generally had epic storytelling which demon slayer does not have


demon slayer is a mediocre anime with really good animation n stuff but just becuz it's mediocre doesn't mean i didn't enjoy the anime tho :) t just lacks so much other stuff which makes an anime a masterpiece


sorry if my grammar is messed 😅

Felisberto Jul 17, 2020 9:27 AM
you're lucky then hehe it's the best way to thank the mangaka for the great job he did, i can't wait till i have my own slice of life manga library >:D

Sakana_Tan Jul 15, 2020 7:36 PM
Yeah, the story is finally getting a third season but the most promising anime for me this season is Uzaki-chan wa Asobitai! but I may be a bit biased since I loved the manga.

Felisberto Jul 15, 2020 8:09 AM
idk, i kinda dislike reading on a pc screen, i prefer the real stuff... and my country doesn't help at all, they sell mostly shounen and action manga here. it's a pain in the ass, guess i'll stick out with anime till i can move out or afford imported stuff :p

Felisberto Jul 13, 2020 9:00 AM
yo, you're welcome. it's always cool to find a slice of life nakama. yes i did. actually, i dare say that kazuma is one of the best male characters out there. btw, i hope i read the same amount of manga as you do some day

thetreedude Jan 8, 2019 7:48 PM
[Violent Evergreen, Bunny Girl Senpai, and Golden Camuy] would be ones to check out.

It's been going well, I have started a better job in a hospital. Only problem is that my hours are such that I wake up at 3 am. I leave early at least and avoid traffic. I haven't been as active in anime watching last year and barely finished new things. Yagate Kimi ni Naru was the only real reason I started watching anime this season again and it was because a friend wanted to watch it together.

Now if we were to talk about novels... I might have something I can recommend!
If you want the satisfaction of finishing something, consider oneshots.
¤ The Probability I can Kill my Wife Without being Found out
¤ About the Reckless Girl who kept Challenging a Reborn Man like Me

These oneshots are something you must dive into without any idea what they are except the catchy titles.

If you want something more lengthy and is consistently updated, I found that korean novels seem to be doing well.
¤ The Novel's Extra
¤ Trash of the Count’s Family

I won't go into length about why I enjoyed them, but I think I enjoyed Trash more than destruction flags. They share similar premise, but the main characters have different motivations and personalities. They are currently the most popular novels right now according to novelupdates too..

We should talk with a better medium. Are you living in Florida right now?
All Comments