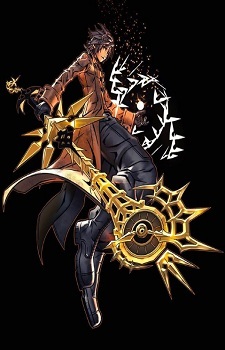 Ant161718 Jan 21, 2020 3:41 PM
Yes, I usually go out with friends, sometimes is worth it, another times I regret it and think probably it would be better stay at home and see any exciting anime tbh.
Most of the time I'am really busy because of university, I study law. What's up with you during year?

Ant161718 Jan 16, 2020 7:36 PM
I got what you mean. I don't use to try all seasonal animes, just winter seasonal animes because of during rest of the year I don't usually have so much time to spend watching, through the year I see some of that I really was hopping to see airing or that ones I'am "currently seeing" only free weekends.
How about you? How do you manage your times out of vacations?

By now I 'am not watching so many episodes of Prince of Tennis, I just gave it a little bite, but I'am loving that context of him being inbatible. So if has hints of shonen, probably I'am gonna love it.
Maybe who knows, I'am end catching the emision of the new one as you :p

What about Haikyuu? This 11 january it's gonna be out the new season!

I can say that even if I didn't watch each sports anime, I'am sure Major it's gonna still being one of the most gorgeous ones at the end.
I'am pretty glad you liked it and that you tried it all the way.

In my opinion S5 about Joe Gibson arc was the best for me. But the wounds gets a little annoying through the end, particularly the last one on his head, and not even that, the author just practically tear off his both arms all the same. I mean I know Goro was always such an idiot taking care of himself and his body properly but... it wasn't a topic overused?
It would be perfect without it, of course there's a lot of injuries into sports life and obviously on an anime sports to, but even if it's something too usual or realistic can disturbe some people who just wants to see (sometimes or most of the times) an invincible athlete without weakness.

If we talk about characters I like the most the hollow heads ones that strive for everything as Goro and Sawamura, but if I had a crush on someone would it be on the cool ones characters as Keane and Jr. Gibson. I trully took a lot of love for those two through!
The calm, seriousness and capability of Toshiya captivated me since minute one too. I felt so sorry about his hardship because of his family matter, at least at the end he could know the truth and I tought he deserved that happiness, at the same time it was kinda relief to watchers on my opinion.

I felt the same about that piece of the arc of S4 and I had the feeling would have been great see much more comfrontations as Junior vs Goro, or Goro vs Joe Gibson but maybe another rival, as I said maybe this kind of condiment would have been much better than several injuries, nevertheless was a pretty enjoyable travel onto this series.

About Chris from DNA, you know that I had my doubts but now that you mentioned it...they are so similar characters!

PD: Thanks for the profile Info, I gonna check it for sure! Please let me know later whatelse are you gonna try!
On my side I trying too Eyeshield 21 and Tennis no Ouji-sama for the moment I'm getting hooked by it.

First: Diamond no Ace start the story of Sawamura (main character as you should know with a chance to prove himself even when nobody knows where this lucky chance come from) and that's how he start his road to being the ace of the team, trying be someone strong, improve his skills on pitching because he has talent but at the same time he sucks ( he is at this time an adolescent and we can't know anything about his past and how he learned baseball or anything similar) The story it's sourounding this, him training and fighting to improve.

On the other hand, you start Major with a main character since the beginning, he's a kid of 4 or 5 years old, practically you see how he grow up step by step in life as in baseball skills. He has to fight to gain recognition but with a lot of talent from the start.

Summing it up, Major is a much more dramatic and mature story that even has hints of romance, the focus on baseball is much more serious and realistic. While DNA perhaps points to the typical story aimed at young teenagers, it could almost be described as high school, school baseball. I think Major has more plot potential. DNA is not bad, it has much more comedy at certain points.

Second: the level of enjoyment of both in my opinion it's so good, it seems you get drug by the story and still watching the content without stop or till last you can. But, in my opinion on this point, Major it's so much addictive than DNA.

Third: The animation of Major (even if it's old or whatever and the low quality that you can get the episodes) it's so good. DNA were doing a good job but this year its last continuation has a trully poor and shittie animation, this is making me sad lately and I could not still seeing it at all, Of course I'll plan end it. But now it's such a pain on my eyes see so grotesque production.
DNA deserves a better job, but things are like they are, you know.

Anyway, if you enjoy spokon, I highly recommend you Major before DNA. And once you'll start with DNA just till second season and then the manga. You are not gonna regret it.

If you have any other doubt please be free to ask me!

brianez Apr 5, 2015 7:55 AM
That's good to hear! Yes, interesting material and especially good instructors will do that to you. Good luck on your finals! Sounds like you've got a good grip on everything.


Wow, so dating has made you broke? Or is that just the general condition of your wallet. Sounds like it's a good thing you guys don't go to the same uni so you can focus on work? And as they say distance makes the heart grow fonder


Wow, you remembered? Yeah, I've been doing better lately, thanks for asking. Some stressors are now gone and I've been working a lot on managing my time better and being on a schedule. I've a natural propensity for being disorganized and all over the place especially when I have a lot to do, so I have to ground myself every once in a while.


I'm waiting to marathon KnB s3 too! And same with Jojo s3, except I'm a lot less excited for that one. Lately my focus has been on the newly airing anime. I always get really excited and giddy every three months when a new season of anime premieres, then after a few weeks the excitement will ware off, I'll drop most of the shows,and start focusing on older anime. It's a lovely cycle

brianez Jan 3, 2015 11:17 AM
Lol, there's nothing wrong with that. It just means you really like anime. I personally use anime as a way to relax and de-stress myself during chaotic times, and as a way to cure boredom when I have nothing to do, so I'm always watching stuff haha. But good luck to you, I hope you're able to focus and get a lot done academically, and spend quality time with new gf ^^

Right now I'm trying to get through Zeta (Camille wtf?!) so I can move on to other Gundam series that I'm more interested in. Besides my gundam saga, just trying to finish up shows and cut down the number of things I am watching. At one point I got over excited and started like 20 different series, which is too much.

Also just finished watching Samurai X: Trust and Betrayal which was so good I don't want to watch anything else right now. The last time this happened was after I watched Berserk two years ago. It's depressing, after seeing something really good, 90% of the other stuff you're watching doesn't seem worth it. Have any shows ever made you feel like that?
All Comments