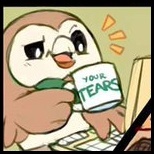 Ezekiel_01 Jun 4, 6:01 AM
Never touches Van Guard maybe because I got comfortable playing the Yugioh Card Game and refuse to play and watch other card games. Duel Master was a rip off of Magic the Gathering and Battle Spirits Mana System is confusing but the character design was cute.

To me, 5Ds got the magic of the original Yugioh and I learn to love the Synchro Mechanics because it does make sense. Yusei is totally awesome and how badass he summon synchro monster in critical situations. Too bad Ruka is the most underdevelop as a character like she is the main signer but she likes didn't have some sort of solid duel, to begin with. It's all about Leo. She is much worst than Aki who has less than a 2 digit duel.

Ezekiel_01 May 31, 5:59 PM
Yugioh Zexal was too childish for me. Sure the new Xyz cards are fun to play the quality story is something for a kid show and the protagonist is more annoying. 5ds was some serious card game but I appreciate its more plot than duels unlike yugioh gx the is literally more duels than plot.

Ezekiel_01 May 30, 6:52 PM
Hello randomly visiting your profile. I like that Yugioh 5D's is your favorite. I like it more than Yugioh GX.

Playcool May 23, 2018 6:35 AM
I enjoyed seeing yours always first comments on ReLife manga, the series was really something.
Initially I had alot of dislike for the OVAs (almost fooled on watching them instead of going with the manga) but now I hope I will come to at least enjoy them for what they are when I get to watch them.

Random user comment (and I love Rowlet, Gatomon, and Ran too).

How was your day?

LoneWolf Aug 3, 2015 12:48 AM
Hey, just trying to catch-up with some people I've talked to before on this site. So hows life? Seen or watched anything interesting lately?