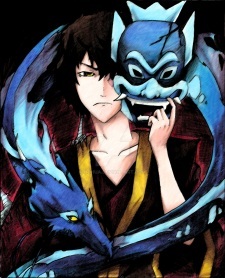 yah, you mean the manga? I dropped the anime in Dressrosa and don't plan on picking it up. Wano's been dope indeed, up there with the likes of Marine Ford, Sabaody and Water 7/ Ennies Lobby.

JaredLopez Mar 2, 2019 12:37 PM
shit lmao I've heard a version of the story but not sure xD. btw, haven't you considered creating an Anilist acc? I think you'd like that place man.

JaredLopez Jan 30, 2019 5:11 PM
Mhhm. Well I hope you get to solve the problem boi, otherwise you'll have to create an actual alt acc xD

JaredLopez Jan 30, 2019 4:44 PM
lol well, now seriously boi I think they banned you 'cause of your One Piece spam xD. Maybe creating a new one and stop doing that? I myself share your enthusiasm for the series but there's too many people who also want to talk about other stuff.

Hope you create a new acc man and become a member again! If not, you can always message me, I'm usually online.

halcyon- Jan 12, 2019 7:17 AM
I forgot to mention about Slam Dunk, if you didn't like Kuroko, I recommend Slam Dunk (the manga is a masterpiece imo). But I also suggest to give KnB another chance, maybe the later episodes might hook you ^^ it was the same for me when the first 5 eps or was boring, and when they started to show their hyper skills, I started to like it.

In terms of story, I'd say Major is better because it's not only about baseball, it has everything: romance, slice of life, drama...since it's all about the MC growing up to become a pro throughout 6 seasons (150 eps in total). While DnA's plot is the same as Haikyuu (aiming for nationals) and it focuses on hs baseball alone. Though I personally prefer DNA, I really like the mc more. cx So I'd say both of them are good.

I actually watched the first 2 episodes, it was fun and I sensed hype! If only I watched it as a kid probably I'd loved it.

Lizonka Jan 12, 2019 6:57 AM
Oooh I've heard of that running anime before. I've been debating whether to watch it or not because of one review I read, but sure, I'll check it out. Thanks so much! And as for Inazuma 11, I'll think about it!
All Comments