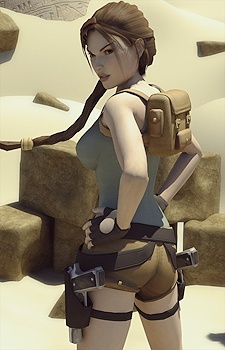 Belum_Nabum Aug 23, 2009 5:27 AM
What troll? I just discuss things. Do I know you?
BTW saw your website, interesting interests. You like Apocalyptic theories. So I take it 2012 is in your interests?

tentacle_raep Apr 24, 2009 9:31 AM
you bet. the soft squishy kind that melt on the microwave smores, not the nasty ones that taste like pencil erasers.

you secretly want to watch animu with me.

tentacle_raep Apr 24, 2009 9:09 AM
i prefer to rattle the primate cage every once in a while. and i do like some anime (as evidenced by the reviews). but for my own reasons (as evidenced by my reviews). and i don't care if someone disagrees with me.

i DO find it endearing that someone cares so much about what i have to say, but that's about it. i'll continue to tear apart the shit i don't like/find absurd and give accolades to the stuff i like.

your friend in jesus,
ana

tentacle_raep Apr 24, 2009 8:50 AM
no, i just find it amusing how people get their panties in a wad when someone questions the sheer awesomeness of the one thing they seem to sink their entire lives into. whether it's because of a lack of a sense of humor, or something deeper than that...

i guess i could be less random and biting, but anime is absurd and laughable. it's a medium that inadvertantly parodies itseld due to the sheer amount of conventions and stereotypes it tries to embrace. that's why it's harder to fault an anime for being stereotypical and stupid than it is when it tries to take itself seriously while embracing all that i've described.

it's not high art. and when it tries too hard, all of the flaws, cracks in the magical girls' armor, cultural references and stereotypes that wear thin all begin to show and it becomes an entertaining parody of itself.

i do greatly apologize that this world's schools do nothing to teach the kids of this generation about proper storytelling and characterization--as we have a generation of hopped up ritalin heads already writing movies and scripts with such an attitude.

but, in the end, doesn't make it right.

and it's still shit.

whether you approve of my views or not. i hope to god that 50 years from now the "popular" anime of this day, or anime for that matter, are NOT considered cultural works of art.

i have enough venom and vitriol to flood the rivers of this earth.