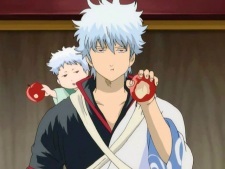 Uji_Gintoki_Bowl Jan 13, 2021 7:24 AM
Okay, I'm only gonna say this because your favorites are in alphabetical order, but you can drag and drop them for order when you click on 'Edit Favorites'.

Have a nice day

LuckyAlix Nov 29, 2015 8:59 AM
Hello fellow MAL member! :D
Are you a movie addict or maybe just a casual movie viewer? If films, animated or live-action ones are something you like, have you ever wondered about joining a club where you can discuss about your favorite movies with your friends on MAL?

Contaminated Nov 19, 2015 7:23 PM
The movie is a supposed classic that many anime fans have seen.
Reminds me a bit of NGE with the old style and writing. Kinda unique story with a developed setting.

First things first, I'm really sorry for stalling my reply so long. Its just that my school is being a big huge party pooper. I'm free for the coming ten days though.

Then, regarding the avatar, I'm thinking of putting up a disclaimer for this actually. I just happened to stumble upon it amidst my lurking a couple of months ago or so. You're like the fourth person to ask me if it was my work.

Yes, I meant Nardo, bleach and OP when i said HST. Your take is rather interesting. For my part, i've been procrastinating OP for a while now because i hear its very addicting, and if it is, i can't afford to be addicted too much at the moment.

About the other two, I - for my part - hold a very passionate dislike for Bleach. Of course, it partly has to do with how i approached the series. I set my bar quite high, going into it after Fate/0 and all. But its cardboard cut out characters simply don't work for me. Or rather, i'd say its Ichigo who doesn't bode well with me. Every time I see him, i feel dreaded by his alarming lack of defining characteristics - besides the scowl. I'd much rather watch a heavily saturated character like Naruto who actually has had a personality than Ichigo. At the very least, Kishimoto is vastly more ambitious than Tite Kubo in that he attempts to deal with heavier subject matter than 'oh evil mastermind kidnapped my gf and wants to end the world, now i must fight, oh and also, imma whole new fucking level of hybrid'.

It is just my preference, but I'd always pick Kishimoto's fleeting brilliance with characters(Itachi, Zabuza, Haku, Orochimaru's original creepiness, the beginning of Sasuke-Naruto drift, Gaara's roots, the hatred Naruto dealt with a veil of false naivete and jocularity before he made that into his actual personality on some god awful epiphany) and character motivations than the continued, unfluctuating mediocrity of Bleach.

But hey, that's just me. At the end, both of them are merely action fantasy tales we suck up with a straw. I'm just being tawdry by expecting so much out of something like that.

Good, reasonable Nardo review. No idea why it has so many not helpfuls. Some people just like to piss on Naruto like that, I guess.

Anyway, since you have a plausible opinion of Naruto, what do you think of the rest of the HST with Naruto as a benchmark?

absolutecero Aug 2, 2014 3:33 PM
I see. It does seem different from most animes, which is why I guess is why not many people have watched it. But if it's similar to those two in any major aspect, I'm definitely watching. And I reckon the reviews you're talking about the top two reviews for it, right? And also, thanks for the insight about LotGH. I definitely was curious to find some

absolutecero Jul 31, 2014 7:50 PM
I think I remember reading an interview or two comparing it to Star Wars before. I'm not very familiar with GoT. Are there any animes that are comparable to it? I've always found it strange how LotGH has such a high average but not many people know about it.

absolutecero Jul 27, 2014 9:32 PM
Interesting avatar. Little red riding hood's comg prepared with that gun, huh? I see you've watched Ginga Eiyuu Densetsu. What's your opinions on it? I've been hesitant on starting it and all my anime friends barely recognize its existence.

Stark700 Apr 25, 2013 12:33 PM
Ye, some people I've known who used to like the series actually dropped it after that arc or during it so it's understandable.

Nana is one of my all time favorites and one of the few series where I marathoned it all the way through within 3 days. It's definitely worth picking up imo with its realistic themes and the way most of the characters are presented. Just be aware that there are a lot of sexual scenes and some adult themes. The artwork is also somewhat different as defined by josei. However, it's still one of my all time favorites.

Unfortunately, the manga right now is still on hiatus but I hope the series will continue soon again once the author resumes work.

Well, my favorite character list are a bit outdated so they are not entirely accurate. I had him on the list for ages now and haven't bothered to change my characters. I was only impressed somewhat at the time from the manga (not anime series) for his back story and his role in the Pain Invasion arc along with some of his dialogues.

In general, the character is flawed but I still liked some of his parts in the story. In technical terms, my character list is outdated. I might update my favorite list soon although I'm finding a hard time to decide on doing that right now.
All Comments