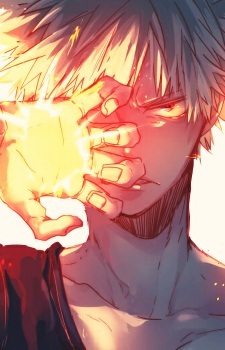 teddawms May 15, 10:06 AM
I finally found somebody with Dorohedoro on their favorites list. AND THEN THEY JUST HAD TO GO AND GIVE RE:ZERO A FUCKING 10. Also fr tho you thought the TG adaptation was a 10? I think I liked the manga better in every aspect but the fight scenes.

Short_Circut Mar 24, 1:27 PM
just to let you know what happened to Okamoto Nobuhiko, he was basically caught by a source (the same source that found out Ono Kensho and Hana Kanazawa were/are dating) exiting a love hotel with an unknown woman. When they confirmed with the agency they also revealed that he was married to fellow seiyuu Ookame Asuka

Okamoto later released a statement saying that the marriage rumours were true, vaguely acknowledged the love hotel rumours and that he was sorry he let everyone and his wife down (and that he wants to be a better person).

The apology to his wife part makes it seem like it was indeed cheating, but he was verrrry ambiguous in his statement so it could've meant anything. Plus they were both also seen holding a shit ton of sweets when they left (the love hotel's entrance was directly connected to a bar and a sweet parlour) so it's still pretty vague what exactly happened lel

Doriss Feb 7, 11:25 AM
I was just searching through my friends list, then through their friends, just to find some interesting titles and well... I saw your profile picture and I just love him so I was thinking... why not? ;)

Doriss Feb 5, 7:09 AM
Thank you for accepting the friend request <3 And nice to meet you!
Great favourites, especially HxH 2011, Haikyuu, TG, SnK, Bakugou and Horikoshi Kouhei ^^

NZDIO Jan 17, 2:50 PM
I just read you review on the made in abyss movie and I was wondering how were you able to watch it
All Comments