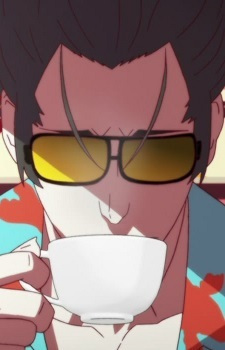 Tannhauser Jan 18, 8:09 AM
Do you think you can tell me where's your forum signature picture is from?

cl_skinnyguy Dec 29, 2019 9:13 AM
"gachiverse" ohhhhhh some gachimanlyclub of boy next door huh. fight me at the gym bro

DeadIEnd Jan 29, 2019 9:04 AM
https://kleyna.bandcamp.com/track/sing-yesterday-for-me
The relatively unkown artist is obviously a fan of Wakui, thanks for the source man :)
Brilliant photography.

Have another. In this moment, I am euphoric. Not because of any phony god's blessing. But because, I am enlightened by my intelligence.

Real shit though Emergence was some depressing stuff. Turns out I wasn't turned on by that amount of despair. Made DATE's brain eating parasite shit more tame in comparison. Speaking of DATE he's gotten more tame lately with not much more in imagination for new and inventive ways to cuck someone beyond the dead. No more skinsuits or turning people into puppets literally. His latest work was some magical mind control wingman.

Eh, go nuts. Sagiri is shit tier anyway. As long as there is no lewding of the Keions, there won't be any blood. I shudder every time I hear someone mention holding h*nds with them. I'll rip their bowels out and feast on them, then I'll impregnate their girlfriends and wait 7 months then unravel their belly button and suck out all the vaginal discharge and feast upon the baby. I will fornicate their liver, then make them guzzle gallon after gallon of putrid diarrhea. They will gag on my green logs of asshole mud butter.

Shut the h*ck up dude. Kamina and Nagisa dies.

It's all about the chest you inbred weasel. I could lay her flat on a table and chop food on her.

I think you need eye surgery. My girl Isokaze would never give up her virginity or her admiral.
https://puu.sh/zkX5D/323f7daf94.jpg

Erghh, I hate school because I'm bad at it (right now, at least), I wish you luck! Do you have any ideas of where you might go? That's super cool, by the way, I could never dream of traveling alone :(

Ohhh, I understand now, it sure sounds nice but I see it didn't work out well (though the picture isn't loading for me atm)

I didn't like it either, the art style was nice but not the storyline.

:( that's annoying, I hope the best for ya! There's not much going on here.

I just finished watching Bad Guys (Korean drama) yesterday, and I'm so sad it's over. There's a second season but it's with a different cast and the plot seems unrelated to the first, too. It's about a detective who rounds up a team of criminals to catch other criminals, a little predictable at times but it's my favorite Korean drama now!

Half-half. On the one hand, the over-fixation on Germanic culture during the Nazi period was the reason for the denazification process to also deprive the previous cultures of their mystique, on the other hand, there isn't much to be taught with only 2x45 min. a week. Also, I wouldn't really say that the Nazis were good at preserving the German culture, since there wasn't much mentioning about the Celts: http://www.proto-english.org/l4.html

True, true, but I haven't met many foreigners who found another period of my country's history interesting.

Not Germany fucked the world. The world and Germany fucked themselves. You cannot seriously believe that a single country can be responsible alone for all the bad things that happened during the World Wars, in-between or after. Even Nazi Germany couldn't invade so many countries and kill lots of Jews, Gypsies and others without the help of the other countries:

And I agree, that guilty-tripping is quite extreme. Definitely agree that it's time to move on, considering how merely raising your right arm and/or saying "Sieg heil" ("hail victory") is still considered a criminal offense, as if there were a copyright on certain German word combinations and hand gestures.

Welcome to reality where the enemy is portrayed as inhuman for the war propaganda. Just that this time, thanks to the Internet, there is the possibility to learn from the other side, so the propaganda doesn't work as much as it used to.

My thoughts about it is that it was just a pathetic attempt at re-creating the Roman empire and Otto the Great should have rather concentrated on the Kingdom of Germany rather than trying to go for a multikulti empire.
Yes, the HRE consisted of multiple Free Imperial Cities:

Wow! My father mentioned it several times but I didn't know much about it. That's horrible!! I'm glad they've stopped doing that (killing people because of communist reasons). What does being a communist entail (forgot the word)?

It is a little annoying, but if you have a working proxy, everything's okay!

Have you watched Your Lie in April? What do you think of it? I was a little disappointed.

Also, how are you?