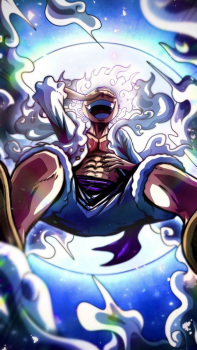 It is crazy to think that they we are here now.


The first time the ending of OP has actually been promoted
and high on the priority is "re-reading it" its like oda is letting the readers and fans know that the final arc will connect deeply to the full story so in order to appreciate it that much more you want to re-read the manga or watch the anime again to pick up on all the tie-ins and forshadowing that has been carefully choreographed throughout the series.

link9us Jul 24, 1:29 AM
Perfect timing to, the one piece anime is getting really good. Soon things are going to start escelating. We saw the recent episode with Zoro facing off against
a formidable enemy, it was pretty cool.

link9us Jun 19, 2:30 AM
One Piece anime returns. Get ready to continue the Wano Country arc if you didn't read it in the manga already.

link9us Apr 20, 3:52 AM
Well its official one piece has been put on hiatus. Probably the best thing that could have ever happened to it though beacuse now this really gives time for the manga to get further ahead and so when the anime returns, it will have such high quality and good pacing and especially we are now in the story and whats to come with the wano arc. This is pretty good news lol despite the pandemic.

link9us Apr 7, 9:43 AM
Prime Minister Abe has finally declared a state of Emergency in Japan for all the leading metropolitan area's like Tokyo. So the epicenter of Japanese entertainment culture will surely be affected. Expect to see delays just happening left and right for all things anime/manga and video games. Unfortunately its a very dire situation but its better to be healthy and safe and slow the spread of this virus.

link9us Apr 5, 3:27 AM
I forgot to answer your question about how many episodes are left till act 3. Judging by the fact that we still have some time to go through act 2 which is around 23 chapters in the manga. Each episode so far has been paced roughly about a chapter in a half or even just a single chapter so with that kind of ratio were looking at least some where like 18-20 maybe even more then 20 episodes or so if they stretch things before act 2 finishes. So there is still a ways to go. But we are heading towards some of the more tense moments of the act. Act 2 is a story that is all about the Nine Red Scabbards and mostly introducing many new characters and some great battles will take place so there is some really good moments ahead especially for some the straw hat members. Act 3 is when we get more to the "core" of wano's story line and you will see why its such an important arc by the time that act starts. The wano arc as a whole only continues to evolve more and more with each act and probably by the time this arc ends, it will most likely be considered one of the best arcs in the series. At least i hope, but so far my expectations have been met and then some.

link9us Mar 22, 11:37 PM
Last episode didn't end like the manga but one thing i am looking out for is if these fights will be off-screened. Because its at this point that oda start off-screening alot of fights so I really hope the anime studio extends and fleshes out those moments more. There maybe reason why oda is doing that, but it just seems unusual, especially when you get to act 3.

link9us Mar 14, 9:49 PM
Yep this episode again ended just like the manga did. Some people are saying they want the next episode so bad lol but see that is the point. The way oda structures and paces the manga with major cliff hangers at of each chapter really sets up your expectations for the next episode.

In any case next episode will be something that people have been waiting quite a while to see.

link9us Feb 23, 10:45 PM
Well wano is finally starting to rev up. It had kind of a slower start after the first initial act 1, but thats because it had to primarily establish the setting more and the many area's of wano and some characters. But now things are going to start getting intense and its just going to get more crazy as it continues on. As far as the pacing is concerned, its actually really decent right now. The studio is pacing act 2 almost exactly like the manga and even the ending cliff hanger chapters are lined up with some of the endings of episodes giving it more of an initial impact at the end of each episode. There are some a few more of the key scabbards to introduce but the events don't really slow down and things keep at steady momentum.

yura_marinette Feb 23, 6:11 PM
Thank you for accepting my friend request!:)

link9us Jan 6, 8:58 PM
The next episode is going to reveal something that has been a long long time coming so I think you will like that. Well personally i think its the Japanese classical theme steeped in such rich historical references and lore coupled with the fact that its the one arc that has by far the largest narrative impact in the story and finally i think its the arc that has had the most worst generation present in one story-line. With the anime adding such amazing and high quality budget animation. Yeah really, what more can you ask for?

By the time this arc ends, i really do think it will be labelled as one of the best arcs of one piece.

link9us Jan 6, 12:57 AM
So wano act 1 finished in the anime, how are you enjoying it so far. This is only the beginning and we still have a long ways to go.

all the best and happy holidays