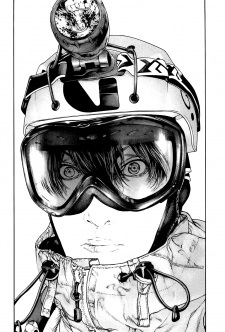 BiDiGiN Mar 11, 2021 10:54 PM
Yeah, it was a pretty easy read. Though don't you feel like clues to more clues just to keep the series going instead of actually leading to the criminal? It's kinda like it was making the search more complex than it had to be. I liked the art a lot. The close-ups on facial expressions were very communicative (and well drawn).

So, what did you think of LifE?

BiDiGiN Dec 19, 2020 2:55 PM
I used to be this kind of consumer with manga, reading tons of random new popular series waiting weekly. It was all adventure/action power fantasies lol. When I started anime and came back to manga, I decided to always do some research and experience precise titles with reach beyond simply 'hype'.

I'm glad you're willing to give Ashita no Joe a try, it's a work that I find extremely personal to me and I wish you find it just as impactful as I did. Though again, I don't want you to feel forced to read it.

I finished Princess Tutu, it was beautiful! I usually am not a big fan of shoujos, all about romance and naive innocence, cute moments and funny gimmicks replace anything of substance. But Princess Tutu is able to both have this kind of generic stuff, and adds layers to both the characters and themes. Ends very faraway from the point it started at. What's your favorite shoujo work?

Sports animanga might just be for you, the shonen bunch exactly has this kind of theme usually. Haikyuu!! and Kuroko no Basket are both as bland as it gets, one the first pretending to be realistic and the second going all-in on the battle shonen powers. I would recommend Haikyuu!! if you want an uplifting thrill and cool sports scenes. I'd recommend Kuroko no Basket if... Actually I wouldn't. But that 2nd half of the last season was way more hype than anything Haikyuu!! has achieved so if you're willing to slog through 60 episodes before reaching that part then yeah you can try it.

I had read the 2 first Real volumes, it was quite a dramatic hook and I suspect it goes even further. I'm mentionning the subject of sports to you, because well.. I want to recommend you Ashita no Joe. It's probably the sports anime with the deepest protagonist, seeing there isn't much of a competitor from forums and such. The video I sent you actually has a whole segment discussing parallels between Ashita no Joe and Gurren Lagann, and it explicitly cites the 2 massive AnJ spoilers. So if you aren't big on spoilers you might want to skip the last part of the video.

Just to give my little premise of it: Joe, a violent teenager, gets to channel his passion into boxing after getting sent to jail. But the world of boxing isn't just rainbows and unicorns. And Joe will learn that very early on...

Japanese light novels don't particularly interest me. There are some that I want to read at least some day, Baccano!, Haruhi, Spice and Wolf and maybe some others. But it seems to me, that light novels are just trashy clones of any trend that becomes sensational (isekai, school).

BiDiGiN Dec 11, 2020 9:24 PM
Well... I meant "sports animes" (or mangas) because you don't seem to have tried much of those. I'm not much into sports in general, I've done swimming most of my life but not competitively. I used to go to the gym before COVID but I've stopped. By the way, is there a certain connection between you rock climbing and you having The Climber in your favorites?

Also, I didn't see Gurren Lagann was your #1 favorite anime and now that I realize it I urge you to check out this video:


One of the most detailed and well produced video documentary on 5 influences of Gurren Lagann.

BiDiGiN Dec 10, 2020 1:11 PM
I forgot about Silver Spoon. Just as much of a masterpiece as Fullmetal Alchemist is but with a different tone and subject. My recommendation between both:

"If you've liked the way more popular Fullmetal Alchemist, you may like Silver Spoon. Both are made by the same author and so you can see both share a same-ish style of epic, where principal themes are thoroughly explored through characters perspectives, all while boasting quite the large cast. Themes, setting and tone differs, one is a(n) (agricultural) highschool comedy with strong coming of age elements while the other is a fantasy action-adventure with a strong mystery and conundrum at its center. Fullmetal Alchemist was more to my taste, but you may prefer Silver Spoon over it depending on yours."

Ichi clearly interests me, there's like a whole group of those edgy mangakas that interest me. I did find it a bit dry and didn't enjoy it to the max but I was fascinated by it instead.

I'm also watching Princess Tutu, at first it seems like your regular shoujo romance fantasy, but it's quite self-aware and it has a fairy tale-ish tone, it has its faire share of wisdom.

BiDiGiN Dec 4, 2020 10:43 PM
Oh really that's not a problem, I don't mind you taking your time with this kind of thing. I mean I wouldn't want to feel like I'm forcing you to read it. You don't even have to read it if you don't want to.

BiDiGiN Dec 4, 2020 10:31 PM
Finished Suicide Parabellum some time ago and it was enjoyable, but it was just so fast it feels forgettable and shallow. There were some little easter-eggs rewarding attention but nothing meaningful I feel like. Any impressions to share? I yet have to try Rainbow, which is written by another person, which hopefully will make it have a better story than Green Blood (which was poor).
I agree about Boichi, I've tried to start Dr. Stone and yeah... Hotel was nice but I wouldn't consider it a masterpiece like some do. Though he seems to have done more interesting stuff like Origin & Sun-Ken Rock that I have yet to read.

Rsurect Sep 19, 2020 11:10 AM
myself i only watch TV shows and a LOT of wrestling currently, anime is very mood dependent and doesn't happen a lot as i explained, anything worthwhile among those?

personally i think i prefer reading, you can combine it with other things (music or podcasts) which sometimes can even highlight the reading experience as a whole. do you usually buy physical copies or only of manga you (really) like? or is it more for collection purposes?

what have you been watching and reading lately?

Rsurect Sep 19, 2020 10:08 AM
those are mostly used as a sort of priority list for whenever i feel like watching or reading, whenever that happens i watch a lot for a week or two and then drop it again for a few months, it's a very hit or miss hobby for me

Kinda agree about Redline, even though the story and characters aren't the standout aspects it actually has decent worldbuilding.

I see what you mean, I kinda felt the same watching Akagi, another Fukumoto anime adaptation.

I actually had already seen you made a Suicide Parabellum review, is it a single volume manga? I'm currently reading Silver Spoon and I'll read Freesia afterwards. Damn Astral Project looks pretty nice, it's by the same author than Old Boy.
All Comments