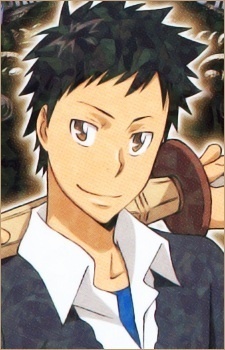 revengerofdeath Sep 17, 2016 9:14 AM
Well... I watched the anime first. Then I switched to the manga.
So it was my first approach to the series.

revengerofdeath Sep 17, 2016 9:03 AM
I really liked the incipit... then the series gone horribly wrong... same for the manga

literaturenerd Sep 16, 2016 12:12 PM
Apart from it being kind of a crappy movie as far as late 80s early 90s kids films go, it is filled with trippy nightmare fuel that often seems age inappropriate for its very young intended audience.

For an adult it is funny when anthropomorphic cars get crushed by an anthropomorphic compactor. It is funny when an air conditioner commits suicide by blowing itself up. We rationalize that these are just inanimate objects that have been anthropomorphized for a silly cartoon. Violence against non-human characters isn't the same as violence against human characters. The problem is that for children under 6, the target audience of Toaster, they don't really differentiate between human and non-human characters. Most children's movies are smart enough to realize this. Disney KNEW that children would be upset by Mufasa's death despite the fact he is a lion and not a human. That is why Disney treats character deaths with appropriate gravity as opposed to the completely flippant response that Toaster has.

It is important to respect children and not be dismissive of their intelligence and condescending, but it is also important to realize that different age groups don't think and rationalize the same way. I feel the Toaster team either didn't understand this or they knew what they were doing and just wanted to give kids nightmares for the lulz.

Jalil- Sep 9, 2016 3:03 PM
Honestly if this movie just takes its time it will be at least okay. I'm not having high hopes FOR NOW because I don't know who the staff is besides the most "important" roles.

Jalil- Sep 9, 2016 2:44 PM
The guy directing HF only directed Mirai Fukuin and the directing in this film is pretty mediocre.

RogerSmith2004 Sep 8, 2016 9:40 AM
Well, Wolf's Rain is more about death and rebirth, whereas Texhnolyze is more about the importance of death and how living forever cheapens one's own life. By that association, I make it more so due to the time period and tone, specifically. I don't really get how people think Ergo Proxy is a watered down Texhnolyze, and I feel like people who make those types of statements really devalue both series, and what each do on their own.

RogerSmith2004 Sep 8, 2016 7:30 AM
Hm, I'll be honest I've never associated the two shows with each other much. I always associated Texhnolyze with the works of Yoshitoshi Abe, and the darker, grittier titles that were coming out at the time, like Wolf's Rain and Gunslinger Girl. I always associated Ergo Proxy with Witch Hunter Robin in particular, since that series was pretty much a precursor to Shukou Murase's direction on Proxy. I did; however, associate Witch Hunter Robin with Wolf's Rain, since both shows did air on Cartoon Network's [adult swim] block the same exact year, so I do see some mutual associations. That being said, I have never thought of Ergo Proxy being all that related to Texhnolyze, even down to tone, themes, direction, and storyline.