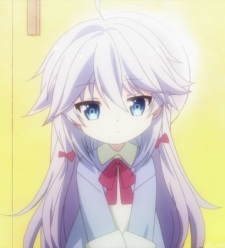 kizzfizz Jun 25, 4:26 PM
That's what I thought. It's kind of a shame. The characters seem very appealing to me

Thank you for your response :)

-Lawrence- Jun 13, 2019 8:04 PM
I've started Hinamatsuri and so far on episode 5 it is really good so far thanks for the recommendations I'll eventually also watch the other anime you recommended but give me time. lol

-Lawrence- May 30, 2019 5:09 PM
I'm not a casual as long as I try to think about it I watch anime daily for hours on end but tend to not hear about some popular animes.
Ffs I have to watch my anime somehow even though I don't have an Internet chip on my pc and texting you while on xbox through microsoft edge. Trust me I don't think I'm a casual. Its hard to say this without it sounding like I'm making a bunch of excuses, although I'll say it anyways had a pretty bad memory loss issue ever since a little kid and as of recently my parents split up (family problems), thankfully my mom found a new person within a few weeks and after he moves in it'll hopefully start getting better by then (he wants to move in by the end of june). I like to think of myself as being above casual although I tend to get bore easily compared to most people. So I play video games, watch anime and youtube, although it is pretty annoying when you get spammed party invites and messages of someone wanting to play a game with you when your in the middle of watching an episode of anime. Although sorry this has been ALL over the place and sounds like a bunch of excuses but hopefully you'll forgive me!

-Lawrence- May 28, 2019 11:29 AM
Thanks for the recommendations and the reason I have so many on my watching is that I watch some anime and never come back to it. Sometimes I do but rarely.

-Lawrence- May 26, 2019 10:22 AM
Idk finished finished almost harem anime although I don't really like anime that only has girls althoughI'd be fine if its like a harem like 1 guy 5 girls. Idk probably, harem/action/adventure/fantasy tbh I think there are more genras but not coming to mine and I'm not gay the reason I prefer at least one guy is because I have trouble relating to the chacter otherwise.
All Comments