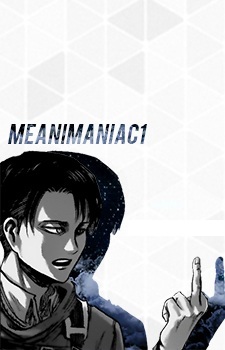 PDot19 Oct 1, 2019 1:37 AM
Nice. I'm really excited for the next season. Things are looking grim for them right now but its bound to go up from there.

Honestly that's the truth. The further into a degree you get the more complex things get and the more you stress over it. But it really is nice to see all of the hard work you put into it pay off in the end. Keep at it💪😉 but dont over do it either 😏

Hmm, that sounds bittersweet lol. I definitely think you've earned yourself a nice little break over the holidays or smth hah.

My summer was p good. Went out of town a few times but aside from that it was a p typical summer. When I wasnt working It was p much a mix betw beaches, sports, and games.

chuunigyo Apr 23, 2019 3:22 AM
i like science (i.e., physics) more than any other subject, yet i know pretty much nothing about it and am just a quack...
when i finally started after many years of saying i would study it, it was very interesting
after a few pages or so, i stopped and have just been watching anime
before that, it was games as an excuse, a fake addiction that may have become real, or being in denial of it, id like to say im not in denial, but it did play a major role in setting me off the usual path of education
id like to befriend fellow mad scientist... no, im not even a scientist... id like to befriend a scientist in hopes that i can get pointers on being a scientist
found you from some 2012 post btw

traed Jul 27, 2017 8:21 PM
I wish I could use that. My internet is awefuly slow and has a monthly bandwidth limit :( Ah yeah that makes sense that's actually part of why I bother keeping up with mediocre anime shows is to talk about it, although i rarely ever do even on MAL lol

traed Jul 27, 2017 7:33 PM
That's nice to hear. I like Shameless but dont get the channel so I dont watch it. Well I wasnt suggesting getting into it heavily just casually for times you are home and nothing on tv. lol

traed Jul 25, 2017 8:08 PM
Hm yeah I could see that. Its stuffy feeling to be on a computer a lot and nicer to watch stuff on tv. Ah yeah I do that too. Usually I just watch anime if it's particularly appealing now . Most shows are jut mediocre. If you want to get back into it again later just watch an anime movie or short OVA thenn you dont have to commit to much, which is what I do.

traed Jul 25, 2017 12:38 PM
I might explain more later by PM or I might not. I feel not too motivted to do anything lately. Why cant you focus? Just busy or stuff on your mind? It's easier to watch dubs or read manga if you cant focus.

traed Jul 19, 2017 3:29 PM
Basically just same situation as it was before that I told you about but more time past and less people to talk to in general. :/ That's all i feel like writing out right this minute. .Just woke up and feel emotionally worn out.

Darkiee Nov 24, 2016 8:54 PM
Yup, I never know how amazing they were til I got them. Ive been able to watch anime more often now, like way more often so im pretty happy now. Thats good that you're hyped! Cliche isnt necessarily a bad thing though. Yea I know what you mean lol.

What line of working are you deciding on doing? Im quite a negative person so I can never think that good things will happen to me.

Darkiee Nov 15, 2016 10:08 PM
Using my second computer monitor is definitely helping me watch anime, I managed to finish two anime in a small time frame for once and both were very good. Good luck staying focused on it! :) Oh that show, I remember you liking it a lot when you watched season 1, maybe ill pick that up soon. Honestly ill probably never go back to the shows I started and stopped watching after like 3 episodes.
Im pretty deep into some competitive games at least for watching since im not good enough to play at a higher level. I dont play any of the smash games but I like watching the majors when I see them since they get pretty tense.

Im def going to be living with my mom for a long time to come. Especially since the cost living in Toronto is horrible and Ill never have a moderate to high paying job.

Today I managed to watch like 8 episodes of anime that I started awhile ago which was nice. They are also adding some sort of OVA for season 2 in the limited edition of the 3rd game I think. Which show was the one you liked that finished airing? Thats probably what I should do but I have no motivation to try and go back to most of them.
Ouuu I like watching some of the competitive smash bros matches actually lol. Yea if they talk about the mechanics and such of the game that would def be something hard to even keep up with in conversation.

I know it's late but I've been hiatus from mal lately :(