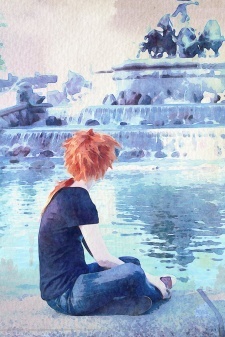 hgfjhgfytre Feb 20, 2017 9:33 PM
great taste, though I probably can't judge you since you've seen way more anime than me lmao

I was looking through the Most Overrated/Underrated Club V. 0 club's members and there's hundreds of people I've never seen before who are members, like you 0_0
Drop by sometime if you want and start a discussion or join one in progress. You might give an interesting perspective on shows, anime in general, movies, games etc.

2. You need to read the manga to criticize an adaptation (or else his words are Hater), in the case of the second season because it can not is not an adaptation. You can criticize it as anime, because it's all he knows.

Seky Feb 9, 2016 8:12 AM
2.Not that, it's seinen never sells well on dvd / blu-ray, because they would be a season that followed the manga and one that did not follow the manga, for not doing more seasons and to advertise the manga (to increase sales manga, the study gets a percentage).

Seky Feb 1, 2016 12:07 PM
2.Before you start making the first season, it was planned to make the original second season. That said Ishida
3. I do not want to Tokyo Ghoul is so hated as SAO, by misinformation.

Seky Jan 26, 2016 9:02 AM
Tokyo Ghoul has good adaptation not skip anything important in the first season and the second season is an original story. http://www.animenewsnetwork.com/news/2014-10-11/tokyo-ghoul-2nd-anime-season-video-teases-new-story-by-creator/.79825

iThoughtSheWas16 Oct 14, 2015 1:39 PM
I am a beautiful swan. Ever since I was a little thing (futa trap loli) I dreamed of soaring over the ponds dropping hot sticky loads on disgusting casuals. People say to me that a person being a swan is Impossible and I'm fucking retarded but I don't care, I'm beautiful. I'm having a plastic surgeon give me a pure white plumage, an orange beak, and the ability to lay eggs. From now on I want you guys to call me "Swan" and respect my right to kill frogs from above and peck you humans needlessly. If you can't accept me you're a Anatidaephobe and need to check your swan privilege. Thank you for being so understanding.

ExTemplar Sep 25, 2015 10:37 PM
You are very compatible with me. Glad to see there are people who have good taste.
All Comments