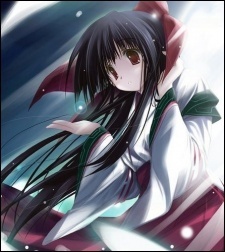 Bright_Ironclad Sep 13, 9:53 AM
You're welcome and we should follow for follow. It's an exclusive fully refundable deal. Don't miss out.🙌 I only use Instagram to compare myself with famous people and I will give you all the likes you desire as one of your top fans. What do you say as a fellow MAL friend?😉

Ahh yeah I enjoyed High Score Girl, I preferred the first season to the second one. Ahh I usually wait till an anime has been completed before watching it, especially short anime. Yes Brooklyn 99 is a tv show and it is on Netflix, check it out!! Ah yes been hearing of Money Heist a lot recently. I'm watching New Girl now, also on Netflix.

Ahh nice, I've just been applying to different agencies and had a collab shoot with another photographer and I've just been posting on Instagram. Ahh that sounds really interesting, I'd be interested to hear more about that actually. Maybe you should check out my insta and see if it's going in the right direction.

Ahhh damn but fair enough and am guessing that's just the anime then? Yeah I am currently re-watching One Piece in terms of the anime and I'm not up to date but I am up to date with the manga. Ah cool, what you watching at the moment and any good small anime that you have watched recently?

True, though I haven't really watched anime in a little while, I've been watching a lot of Brooklyn Nine Nine instead. But yeah, indeed it is a crazy world!
Also I noticed on your profile that you've been a professional model for 3 years! That is so cool, I'm actually trying to become a model so would love to hear about how you got into that.

Savvyannah Jun 26, 6:11 PM
Lels i see, I really thought that you dropped any anime that you skipped or didn't continue. Was looking at your anime history thats why but guess im wrong about it xD.

Yup, i do have genre moods, if i feel like watching light relaxing anime then imma go watch slice of life or school anime. If i feel like bored or in need of hype, imma watch Isekai's or Shounen to be exact.

I'm also into video game isekai though, on sports anime i only watched Kuruko no Basket, imma try to watch Ahiru no Sora soon!. I don't usually watch super overated anime (except if i don't have a choice due to the genre that im watching) so i sadly dropped Haikyu and the rest of popular anime like Kimetsu no Yaiba, Boku no Hero academia, Nanatsu no Taizai, lels.

Its a good thing that you have the same interest with your bf xD (hope all have a bf ^°^). Anyways, imma watch Tower of God too later down the road. Most people say that TOG lightnovel is more better than the adaptation, well imma see to that. :D

SpiritGT Jun 21, 5:42 PM
Hiya, thanks for accepting friend request! :)
Aha yes, love meeting new One Piece fans!
I'm doing well too thanks. Although these times are tough, trying to keep positive!
Anyway, what do you think of One Piece so far? Are you up to date?

Gurl I haven't even watched Naruto! Even my non-anime fan classmates were talking about it in our group talk, and me, an anime fan for years got out of place in our circle lol. It seems watching seasonals is easier as we grow older since we can watch them only once a week that is more suitable for our pace than watching non-seasonals because I sometimes feel the need to catch up even though it's so unnecessary >_< AHH I wish we have anime conventions here in my place. I bet it's fun, isn't it?

Ohh Tokyo Ghoul, I never liked it in the first place. It's one of those anime where I never understood the hype. Maybe some people just think that dark=mature and better series. Though I felt bad for the fans of the manga because tg:re was a disaster. Hmmm... usually I never like female characters that only serve as fan service (esp the over acting imouto), tsunderes too though male tsunderes are better than female tsun. But it also depends on their development. Like Bakugou, I dislike characters like him (angry for no reason, a bully) but his character grew on me. I dislike bland characters so bad, and characters with the common anime tropes too like Mineta. Meliodas from Seven Deadly Sins perviness was just unnecessary.

Aww, I hope you don't lose your love for violin ^^ I'm sure your violin miss you c: did someone taught you or did you enroll in a violin class?

I can't say I'm adventurous because drawing is my only hobby aside from watching anime >.> If I'm financially stable (I still have lots of responsibilities haha) and if I save enough money I do want to travel to different places <3 It's one of my dreams. But my desire is to go to med school, and I know I have to sacrifice fun (also conflicted because of self doubt). Tbh I sure do have lots of plans in life huehue

Mushishi is truly a masterpiece <3 btw did you have any favorite anime last winter 2019?

The-Ray Apr 3, 2019 1:50 PM
Yes, I saw it when it was airing and I really liked it. It was a fun little show with lovable characters and an actually quite interesting twist in the end. The end made me really hopeful for the show and I wish season 2 comes fast! Who's your favorite girl btw? All girls are best girls but I guess I like Sakura and Yuugiri the most.