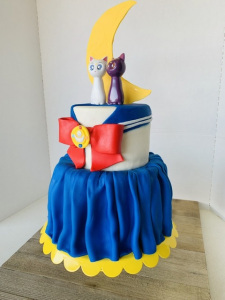 kaitonic Sep 10, 2015 11:39 AM
Hey! I see you like King gold.It is a great sport manga and i see you are into sport anime/manga which is awesome.And being a Japanese drama watcher is a big +

Adam-Kun May 1, 2015 9:49 AM
Also, I'll read a yaoi about samurai's if it's good. I've always found it interesting that in that era homosexuality wasn't frowned upon.

Adam-Kun May 1, 2015 9:45 AM
That Karate one seems down my alley, even though it's rather long. I probably shouldn't be starting more series until I finish some of these ridiculously long ones I've already started, but it's too hard not to. ;_;

I don't really mind Shoujo, I actually wouldn't mind some entry-level rec's into the genre because I'm trying to get my gf to read more manga. She has weird taste though, she really enjoys Monster Musume for example but not other harem mangas. I think Skip Beat would be a good one for us to read together now that you've mentioned it.

As for recommendations, I noticed you have Berserk on your plan to read, I'd get on that. It's so much more than an edgy strong dude killing monsters in a violent fashion, the story is so engaging, and the character development is fantastic (don't even bother getting attached to the characters, you'll regret it :'( ). The art is fantastic as well, the detail is incredible. I literally have to hold myself back from reading it sometimes because I don't want to catch up and deal with the ridic hiatus'. Even with that in mind it is worth the read.

Adam-Kun Apr 30, 2015 2:40 PM
That's a bummer, I forget that the laws are different there. I'll definitely be using that app once I catch up with my on-going series. As for any completed series I just prefer to download them by volume and store them that way until I'm done reading them. Do you have any recs for manga? Preferably something under 5 volumes.

Adam-Kun Apr 29, 2015 4:05 PM
http://mangatraders.org/ is amazing for downloading, especially for the series that have full volumes.

Adam-Kun Apr 29, 2015 4:04 PM
Do you read on a tablet of any sort? Love how on my Kindle I can just download stuff directly to it and read it from there, so convenient.

Adam-Kun Apr 29, 2015 6:46 AM
So much easier to read manga these days. I just rarely have the attention span to watch anime, much less marathon it. In two hours you can read 20-25 chapters, but only watch around 6 episodes (which end up covering like 6-12 chapters anyway). A lot easier to pick up and put down, too.
All Comments