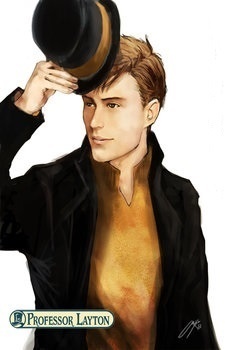 Hanyou no Yashahime: Sengoku Otogizoushi
May 11, 2:33 AM
Plan to Watch · Scored -

Ryuseishun Jun 24, 11:07 PM
I’m really wondering if the MAL staff will ever approve the Memories of Phantasm Touhou series.
So sad that AniList, another anime list platform, deleted those entries recently for no good reason.

SNaG21 Jul 21, 2016 2:25 PM
I think you would like Sweetness and Lightning (I have a Crunchyroll, so they default to their English names on there). So far this season is fairly good, with the exception of Berserk, really.

SNaG21 Jul 19, 2016 7:59 PM
I bought Umineko cause it was on sale, but yeah, I won't play until the voices come in and Chiru is also localized. Apparently they improved the translation and made the mystery solvable for us Westerners so it doesn't hinge on us knowing 3 languages.

I kinda wish I waited to binge on Danganronpa, but now that I started, I can't stop. They're not an adaptation of a game but Kodaka wrote them specifically for the screen, so let's hope it all pans out. I heard bad things about the adaptation of the first game and I think they wanted to avoid that (hence no adaptation of the second game, closing this series off to anime-only viewers).

Not a huge fan of the way Funi translates some things though, inconsistent with the game's localization, like calling everyone "Super High School Level" instead of "Ultimate" kinda irks me. Rie Kugimiya as black farmer guy wins though.

SNaG21 Jul 18, 2016 3:15 PM
Hey, hope everything's going well. They recently released Umineko on Steam, so if you wanna support it officially, you can. It doesn't have voices, but they'll be patched in soon via a mod (I think).

Also the Danganronpa anime shows seem promising so far, though they might be better to binge. They seem to have made it so you can move back and forth between Future and Despair constantly.

SNaG21 May 16, 2016 7:06 PM
I mean, it's not an adaptation, so if they are smart and limit the amount of death games, we wouldn't have the asspulls that apparently plagued the adaptation of the first game.

SNaG21 May 14, 2016 10:37 AM
Yeah. There will be two series next season (Summer). One is a direct sequel that focuses on Makoto and the Future Foundation in a new death game. The other is a prequel to Danganronpa 2 that shows how everyone became the Ultimate Despair. Since they're anime original and not based directly on the game (I heard the adaptation to 1 was OK at best), I hope they'll be good.

Also, do NOT look at anything regarding the Danganronpa 3 anime until you finish 2... There will be spoilers for it.

SNaG21 May 10, 2016 9:39 PM
The minigames become actually painful to do. There's this one annoying part in Logic dive where you have to jump across to the side, but since this isn't actually a well designed skating game, it can fail relatively easily. I would get so pissed. While the Nonstop Debates feel more solid, the minigames impair the game as a whole, in my opinion.

Yeah, it's obvious that Mikan is the killer then, but the motive isn't, and still isn't for a while.

SNaG21 May 9, 2016 9:20 AM
Yes, I couldn't come up with the right order! I was thinking On the Bone Meat for some reason. PTA is somehow worse than the Bullet Time battle, I can never sync it right. I just do Fever Mode and basically cheese out on that. Wait till you do more of the Hangsman's Gambit, it literally is the worst thing.

Aside from the mini-games, I think the trials are legitimately harder, especially if you do them on the hardest logic difficulty. I'm a big fan of the consent thing since it often was iffy in the last game if you're supposed to consent or contradict.

There are a lot of good references in the interplay between Monokuma and Usami, with the best one being a JoJo reference.

SNaG21 May 9, 2016 3:59 AM
For whatever reason, I just couldn't guess who the killer was in the first case, nor could I get the order of the words right for the PTA. The second case is a bit more obvious. I generally figured out who the killer is each time, but nothing was like the third case in the last game where I basically figured out 95% of the crime halfway through the trial. The mysteries are really complex.

I was actually happy when Monokuma showed up. What the fuck is wrong with me?

SNaG21 Apr 25, 2016 10:08 AM
So yeah, finished Danganronpa 2... Some shit trial minigames in there but was pretty great as a whole. They somehow made the Hangman's Gambit even worse...

SNaG21 Mar 14, 2016 8:16 PM
I dunno. Guess we'll find out! And there probably will be a slight discount in April, seeing as when the first one came out it was 20% off with a select OST included.
All Comments