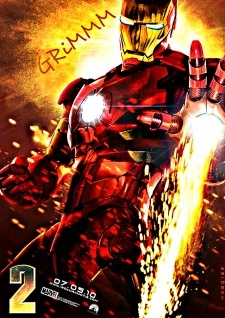 As you may have noticed, the Hurt and Heal club has been on hiatus for about two years now.
I have a surprise for you: Season 4 is going to continue!
Of course, we'll need more active mebers for that. If you're interested in playing H&H again, check the club page and say 'Hi' in the sticky thread!

If you think any of your friends might be interested, feel free to invite them, too - the more the merrier!

Straw-Hat-Matt Apr 10, 2014 2:18 PM
Been two days and nobody dropped the current season chart on here like you requested in the club? Tssss, I bet you alrdy long found it yourself though with google ;)?

Dark-Evolution Jun 19, 2013 3:39 PM
I just wanted to let you know that I'm planning to retire from MAL activeness fairly soon, Grimmm. The reason I'm doing this is I have certain life goals set up for myself and unfortunely being active at MAL is going to take up too much of my time. Even though I still do like anime, my passion for it is not the same as it once was.

I wanted to say that I have enjoyed our past discussions and it was nice to meet you at MAL and TV.com. Hope you enjoy your times at life as much as I have. Farewell.

link9us May 12, 2013 11:48 PM
lol yeah the quote up above is yours. I found it funny. But yeah im pretty far now slowly trying to finish this damn series but its definitively not on my top priority list. I am finally in the last arc, the "choice" arc. Where they have to yet again play some stupid game with their animal like pokemon characters and try to take down bykuran, i mean seriously. Where the hell is the deep story in this?? The whole show is based on competitions, their is no clear defined antagonist, from what i can see so far.

At least haru and kyoku are out of the kitchen finally.

link9us Apr 13, 2013 3:54 AM
"And for this week's lunch made my Kyoko and Haru, we've got....! Geez. They should rename this show Kitchen Specials with Kyoko & Haru because I swear every episode involves food, although this episode probably kept it at the minimum. Boring filler, as usual."

I really don't see what people see in this series reborn, i mean its anything but a quality shonen. Their are so many faults with this show but yet i continue to watch it for some wacky ass reason. I guess im just one of those people that are commited to finishing a series and always hoping that at some point it will get better.

But i mean the whole theme of the series is pretty much mafia groups going head to head in competitions, everything is made out into some sort of game, as far as ive seen so far their is no clear villain in the show. Its all fun and games and when they arn't constantly training, growing stronger and fighting which becomes so redundant over time, we get haru and kyoko the cooking specaists cause thats all they are good for and then the useless lambo.

Everyone has their own opinions i guess but if people that even think this is any where NEAR the level of naruto, one piece or FMAB or or even shaman king, law of uike, pfft, not even fcking close man.

Anyways i kid you not but my favorite arc in this show was the that so called filler of the trials, to me that was interesting, they touched based with some of the key players of the series and even shed light on their background and even introduced new characters like verde. I really though that small arc was very interesting. Since the varia arc, reborn has just been a complete bore fest, its literally taken me 7 months at least to watch this show and im still not done yet. Around episode 160 and everyone CLAIMS that is going to get better but yet they said that during the daily life arcs, and i personally didn't find the future arc to be that much greater with the whole melane base thing. My favorite character in the whole series is reborn obviously.

I hope to god fairy tail is better then this series.