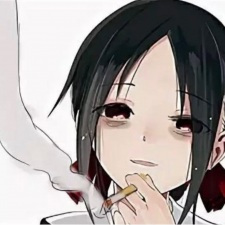 Kishbokai Today, 9:26 AM
Somehow, before we started to talk regularly, you were always online, and now that we are talking, it seems to be like this now. Not that I mind since you have a life as well, but it's only an odd thing.

Anywho, happy birthday, even if they're late wishes!

Whenever you come back, I'll tell you what I taught of Taxi Driver and the other stories you recommended to me, and what came of what my thoughts on your advice.

Have a great day whenever you see this

P.S. If I do somehow get to do a MHA s5 review, I'll share it here and hopefully you'll be back from your little hiatus to see it 😄

DsMasterBR Sep 9, 2:19 PM
It's not déjà vu, it's actually been a year, jeez. Happy birthday, Goober! Hope you have a nice one man!

Kishbokai Aug 19, 4:31 AM
With my overpopulated school and the mess of schedules, life's been very busy. However, the main reason this is late is simply due to your advice weighting on me. Having been in school for 5 days, I've been thinking more and more on it since I, once again, became a loner in school. I'm kind of like air to everyone, and people only talk to me for help with class or the teachers calling attendance. But, I've decided to take your advice and hold on to it. Within these 5 days, I've realized that as long as I have social skills, and try to open up every now and then, things will go well for me. I already have amazing friends online that give me advice and joy far more then anyone in real life. Not to say that I can't find those people nor should I not try, but I'm more or less content with my situation rather then being happy or depressed about it. Oh, and will do on practicing safe sex 👌

There's also the Fate series which (the game timer tells me) I've spent 2 days and 30 minutes of, but I've all this because I'm too impatient, and I'm suffering the consequences of that...

Ah, that makes the film more interesting to watch then though I wonder what you mean about that being linked to the adult male experience. I've finished Blade Runner, so that's the next movie on my list for sure. Afterward, I'm going to watch "The Wolf of Wall Street" since the poster has always intrigued me. To say my thoughts on the whole movie, it started to lose me near the climax but the ending itself is so mysterious that I won't mind rewatching years later. I also discovered how the theatrical was made, and that really does ruin everything about it, so I'm very much thankful I never saw that version.

That's an amazing story you told me, so thank you for telling me that. I suppose I should share my own story since I don't know how to respond to such a tale. My interest in storytelling was always there from the start. I've always had a creative mind and looked at the world with wonder, but it mainly came about due to emptiness. If you assumed I'm not good with social interactions from my pervious paragraphs, you would be completely right since telling to others was something I was never good at. Stories filled that void in me and I experienced tons of stories due to that for what I could find as a kid. It wasn't until I discovered anime that fully bought out my passion for storytelling. Reading Zelda and Pokemon manga at school became my greatest joy with how I was being bullied at the time. They bought touched me in ways I never felt before, and each story I read continued that trend. Attack on Titan, Artemis Fowl, and many more made me happy when reality couldn't.

Unlike you, I won't say I have a talent in anything, but more like all my good grades come from luck, hard work, or natural memorization. Not to say that resulted in A's all around but more so good grades. But, with that passion for stories, I had similar experiences where if I could write a story, I would try my hardest to make it amazing. Though, if you were to read them now, the thought that could cross your mind is, "Good ideas, but awful grammar." But, I continued to expand on my ideas more and more while neglecting my grammar (which I'm improving at the moment, but I don't know if you could tell) which as made me have tons of ideas for stories. I wish I could have a teacher like yours since no one has ever really pushed me until I met people online. It's always been me, myself, and I trying to think of my talent. I mean, I told others my ideas and they just laughed at me which results in me still trying but never trusting others. Oh, and on the topic of how school is run, I do really agree since most of those subjects are just things added in the special case you may be interested in them. It's even more rough now where most teachers are so lazy they just put videos on, and expect us to love the subject. I mean, in history it works for me, but in other classes you will only see me snoozing away.

I more appreciate stories for how far our imaginations can go, and I see them as a representation of who that person is depending on who's writing it. It's why I love all stories far and wide, and even if they're bad, I at least want to thank them for trying even if it was a failure. I do agree but sadly most people couldn't care less about them which I hope changes.

I have two side notes for you:
1.I finished JoJo Part 5 during your absent, and while some things bugged, I enjoyed it a lot and can't wait for Part 6!
2. When you watch Evangelion 3.0 +1.0, tell me your thoughts on them if you would since I'm curious what you think of them since you have been waiting years for them

Hope you're having a great week!

Dubbs Aug 4, 7:31 PM
Can't catch me in any sort of court if I keep going on hiatuses, checkmate mfer

Yup, I wouldn't say I'm fully engrained into 'adulting' yet, but the clocks ticking and I'm not looking forward to it lol, c'est la vie I suppose. Still need to figure out what path I want to take in regards to school and whatnot. Got any advice?

Oh nice, where are you moving to if you don't mind me asking? I've heard nothing but great things about Odd Taxi, so it's pretty much parked in the mental backlog for now. Dunno when I'll get to it though, considering that backlog could fill an 500-paged book or something. Have you gotten into anything else in the time I took to reply?

Feel free to take as long as you'd like in replying to this btw. That'd probably be just retribution for the litigation I dodged.