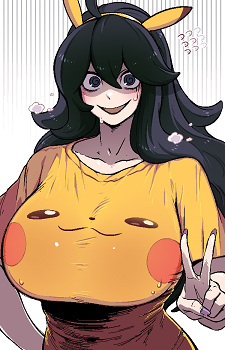 SamHandwich Jun 12, 2019 8:32 PM
Those companies usually play both sides. They'll tone down one feature and bulk up another. For instance, the new Lara Craft. They reined in her bust size and low-key gave her a huge booty. Gearbox knows what they're doing with Moxxi, Nisha, and Maya, even if they're showing Ellie off to back up their smoke-blowing. That's how it works now... As long as characters aren't stacked, they don't get called out. Overwatch avoids all criticism in this category and still gets to give the whole cast big butts.

SamHandwich Jun 11, 2019 9:00 PM
I guess you're right about that Tifa thing. There's nothing wrong with Moxxi either btw, she reminds me there are people at Gearbox who have their heads on straight!

Togata- Mar 30, 2019 9:28 PM
Yeah awful news really. Looks like the development team is still interested to continue the project, so hopefully some company will eventually pick up the rights.
The official localization projects seem over now though, which is honestly disappointing considering how they got their own western media team a few days ago and there were a lot of plans apparently. Either way hoping for fan translations in future but those are unlikely.

Just think that if Pantheon continues as a project in future, it should be released as a cheaper alternative now, as a VN. The mobage investment and subsequently Light being really unlucky there resulted in this.

Togata- Mar 6, 2019 2:11 AM
Lol, that's a good way of describing it. More like Mercurius just "helped" them in their desires, but yeah he has been always a troll so no wonder about that.

I thought that the pacing could have been better towards the end, but yeah it's mostly entertaining throughout. One particular thing I liked about the VN is the interactions, honestly won't mind a long VN with the same characters, just about having some SoL moments and banters. Romance is also better as it adds to the characterization. I agree, the production quality is even more amazing here, I also like Sugina Miki's art(kara no shoujo 2 especially) but after seeing Pantheon designs and now Ikabey, G-Yuusuke is quickly becoming my favorite artist in this medium.
I also think Salvator needs a mention from this ost list, really liked it.

I guess that will depend on sales, but yeah really hoping for that. I am not expecting anything out of Pantheon anymore tbh.

GCNessIsAWeeb Jan 5, 2019 8:26 PM
I really learned to love the gameplay, it's tons of fun, I realized just how much the series impacted my life, and I never knew just how AMAZING Part 2 was. Seriously, it was one of the greatest things I've ever read.
Also, Demon King Rance is a total badass, and his design is awesome. It might just be my natural inclination to edgy things, but it really grew on me.

GCNessIsAWeeb Dec 30, 2018 5:59 PM
I take back what I said in the past, I recently replayed Rance X and realized it's a masterpiece.

Togata- Nov 3, 2018 12:06 PM
I mean powerlevels honestly don't matter much now, just saying what info we have till now. Hajun? Will just have to wait without that tumour boost although looking like he will get some kind of powerup here too

Worst fashion style by far, for Ren. We should have just received Yato ;)

Togata- Nov 1, 2018 8:31 PM
Lol, Satanel would have lost 1v1(Muzan is one of the strongest in Martial prowess) anyway and won because of paradox etc tricks. Those won't work in pantheon though.

For me it's Mithra and Muzan. Especially content related to Muzan, or even his confrontation with Hajun in prologue was really interesting. And those banters with Mithra too.

Togata- Oct 31, 2018 11:19 PM
Muzan>>>>Satanel, can't believe such a mistake smh. Satanel dreams of achieving the same things as Muzan and hence calls him father. Couldn't even fix his universe properly and resulted in a paradox, and look at Muzan, everyone from first heaven is a fan of him. Pretty clear who is the superior one kek

Togata- Oct 27, 2018 8:45 PM
Yeah I already saw that one, looks alright but since it's an old one I am expecting improvements in the final product of course. Kind of disappointed with no Amaterasu throne picture yet, or even no full Mithra throne.

Last engagement with Gabriel/Butler was somewhat implied (with Meijuu pulling the strings behind) so didn't have that many problems, but I think it really lacked an epilogue for the smooth transition to the present time(and that Alan portion too). Didn't have problems with that Oliver incident too.

Episode 3 was my favorite also but last season delivered some of the most hype moments of the series too. I think while it has some flaws, RGD is probably one of the most entertaining VNs I have read with a strong cast and appealing themes, mainly its focus on politics, economy and cultural issues, maintaining a very good pacing for a VN too. I agree with the notion that it's best suited for anime format.

I found the Wandering dogs part a bit boring at the start, slowly got better with their interactions. Wang is definitely more menacing as an antagonist due to his tactical nature but it meant two things- great character development for Rose(Leo being out of the scene helped too) and Meijuu being overall more likeable as a whole.

I obviously like Alan much more than Keith but won't say why right now for spoilers. Stella pairing came a bit out of the left field for me too but it worked well for the story, don't remember if their ages were specifically mentioned though, (probably not, just hinted).

Gabriel from what I know many people say is taken from the character of the evil Virgilius witch that should have appeared in Land of the golden witch (which was scrapped later on for being too difficult for readers). And yeah a pure psychopath, evil character, I actually don't think a suitable justified backstory would fit him in this case, just that crazy on his obsession and would do anything to achieve that goal. Top tier theme song too and you get a perfectly entertaining package for the last two seasons.
Another good thing about RGD is the great soundtrack, especially impactful in the key scenes like that ending. There is another scene like that in last season too.

Well, at least that means the novel is doing a good job with its cast lol. And yeah last season is like the gathering of all the prominent characters in the vn, although tbh felt the ending could have been a bit better. Let's see how it works for you.

On a side note, hopefully you will notice some umineko parallels with Gabriel and Butler too.

Togata- Oct 6, 2018 9:06 PM
I think season 1 was just alright too as it sets up everything but once characters like like Caleb started to take a more prominent figure, it started getting better. The thing I liked about RGD is how the conflicts work between various parties who hold their own interests, this is quite similar to how it happened in some of the instances in history books.

Wayne is alright, Caleb is a pretty good character yeah. About Leo, the story established him as a overpowered itself from the start itself, and I was absolutely fine with that since the novel was aware about what it's doing- a self righteous man to drive some of the narrative purposes(more prominent why much later on), and keeps him away from the scenes whenever required (like from season 2). The "cool" part was fun to me so didn't have any problem there.
Battles you can always skip the fodder fights tbh, those are not compulsory, that's one of the good things about RGD pacing. Some parts are quite enjoyable(at lesst for me), like later on when stakes are higher. Just provides you with an optional/additional gameplay experience.

Good to know that you are enjoying it though. I found season 2 initially boring, but appreciate it now in retrospect how it allowed some characters to develop. Prepare for some shocks and intense ride from season 3 though, personally 1949 arc was the best for me. Tell me how you find it as you read more.