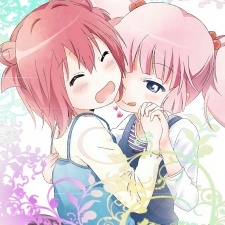 Littoface Nov 19, 2016 5:32 AM
Oh awesomeee I didn't know you were an artist :D It looked fantastic in the traditional phase, I think I prefer the paper sketch haha but I've always loved sketches. Your shading skills are fantastic!

Littoface Nov 15, 2016 7:35 AM
Try this person: https://myanimelist.net/profile/Kineta She also has a list of MAL staff there! I know she's one of the main site admins.

Omg even more intense?? I can't wait! It's been a pretty thrilling ride. I'm getting used to the speed and the way it jumps around all the time.

I always respond! I just took longer than usual this time around haha.

Littoface Nov 15, 2016 6:51 AM
Ugh it's been so long since I got the chance to sit down and actually respond. I'm so sorry for keeping you waiting. ): I've fallen a bit behind on occultic, but I plan to catch up this week! Just watched ep 4 yday so no spoilers for me yet please ><

As for your other comment -- Unfortunately, I'm not the right person for that. It's a fantastic idea though! But I have no say or even contact with the people who run the site proper. I'm only on the writing side of things, we're surprisingly separate from the rest. You want.. one of the site's admins instead. Maybe try the forums and hope someone notices? I'm sorry I can't be much more help. ):

All I'll say in closing, to not speak of the anime but just of scores and numbers, is that ratings are different from person to person. What does a 1 mean to you? What does a 5 mean to you? They all depend based on the person. I would encourage you to consider that other people's arbitrary number systems are not the same as yours, and I would hope that you consider the nature of the arguments and not necessarily the number on the page.

If I said I hated something and I gave it a one, while someone expressed the same degree of hatred and gave it a five, does that really matter? We both hated it the same amount, but merely subscribed a different number to it.

Zergneedsfood Oct 21, 2016 8:17 AM
I'm not mad. But here's what I mean by forced, and I agree that using the word "manipulation" comes with a lot of baggage.

Consider this, and this is my main thrust which I didn't really include in my review because I thought it'd be discourteous to spoil the story even though it was six minutes:

You have a father who is, by all accounts, a scientific genius. He can build design and build a complex rocket, launch it into space, develop an intricate simulation program, linked with his daughters neural network, that will generate infinite vistas of beautiful landscapes from whatever she imagines or draws.

But, for whatever reason, just because he says "I couldn't come with you," he didn't design himself a second seat? In the wake of the complete elimination of the human race, a father who has the capacity to save his daughter chooses not to accompany her, but rather chooses to ship her off into the middle of space, likely to die in perhaps the most torturous and lonely scenario imaginable?

Now, we can debate this for days, but I think for me a crucial thing to point out is that I feel that this subtle contradiction represents something I've really disliked about anime more and more over the years, which is the replacement of the "subtle" with the eminence of the "obvious" or the "superficial" or what is immediately noticeable to the obvious.

To not sound too erudite or sophisticated, I think what I mean is that what I love about anime is that despite how simplistic they can be on the surface, there is often a subtlety, an emphasis on the simple things, the mundane, the economic that makes anime incredibly fascinating. Tatami Galaxy, since you've mentioned it, is actually a very simple story. It just tells us of a college student who lives through multiple years in his younger days trying to search for happiness. Superficially that's a very simple idea, but the simple nods, gestures, and permutations that he experiences tells us something rather significant about what it means to find happiness and fulfillment in his life.

And I think Shelter, perhaps through no fault of its own, represents something deeply troubling about what more modern anime has come to represent. The subtle, the simple facts, which in this case, is the fact that the father has just conveniently not been able to come with his own daughter, is replaced by the immediate superficial, the overtly embellished, the hyperbole, that the girl is very lonely, that she is sad, and we should sympathize with her solitude.

That, to me, is just a fundamental disconnect and creates a space that is bereft of any emotions. How can I possibly feel sad for this girl, when everything is telling me that this story is just unbelievable and lacking in a premise that I can accept as truthful, as "realistic," or as substantive?

I hope I've not been too confusing, but I've told other people that perhaps it is not Shelter itself, but something it represents that deeply disturbs me.

Zergneedsfood Oct 21, 2016 6:44 AM
A quick look at my favorites, which includes Love so Life, Tatami Galaxy, Wandering Son, and Blame tells me that I like slow-paced storytelling. What's experimental about any of the shows I have listed there?

Nowhere in my review do I talk about how fast paced the music video is. I don't agree it's "powerful" or "deeply" philosophical. I think it's crucially lacking in substance and deeply troubling in the way it presents itself as a "story."

As I mentioned to someone else, this comment section and other places have laughably misconstrued my argument to be that I dislike this work on the basis that it includes a cute girl (and therefore I'm ugly apparently), which couldn't be further from the point. Anyone looking at my favorites could tell that I don't care if there's a cute girl in a story. What I care about is something being this manipulative, where we are forced to care about the story, not because of who the characters are as people, but rather because of their design and placement.

Understandably, this is only a six minute music video, but I offer you to take a look at other shorts like House of Cubes or Furiko (Pendulum). I don't love these by any stretch of the imagination, but they're pretty good, and I think they offer a sort of creative energy and emotional fulfillment that is ultimately lacking in Shelter.

Shelter provides us a stunning visual spectacle, but what I felt was emotionally empty, because there is so much wrong, I feel, about the portrayal of the story as a deep tragic and lonely experience when not only is the central conflict inherently resolved by the science present in the story, we are forced to accept this story as it is not because it has offered me a substantive bond, feeling, or character that I can understand on some sympathetic level, but purely because they act cute, fun, and loving.

New little quiz I made! I might make more in the future, this assessment tells you which anime demographic is best suited to you, so give it a go and enjoy!

Watching Occultic now! It's so stylized. Makes me think of.. Penguindrum mixed with FLCL. And yeah the talking is super fast.. I can't tell if I like it or not but it definitely has charm. I don't have time to watch the second one today.. but I'll try to before next week!

Littoface Oct 15, 2016 1:15 PM
That's a really interesting idea! I think Haibane isn't popular enough for me to do a fan theory article on it (I'm restricted to what my editor okays, after all..) but I'm really intrigued by your idea! I may need to finish Lain now... I couldn't take it, TOO weird and abstract, even for me.

Littoface Oct 15, 2016 11:20 AM
Ooooh that's a really interesting theory! I do remember crows in the Lain opening.. hehe. I couldn't finish Lain though. ): Who would the rest of the girls be?

I'm also definitely with you on the 'lives cut short' thing. Nurturing them and getting them ready for the next life, or whatever comes next ("heaven"?).

If you write blogs, you'll be building a portfolio and will be able to apply to write somewhere else and maybe even make some money doing it! I encourage any aspiring freelance writers to start writing somewhere public regularly, so you can always show it to someone and say hey look, I write well and I write regularly. :D
All Comments