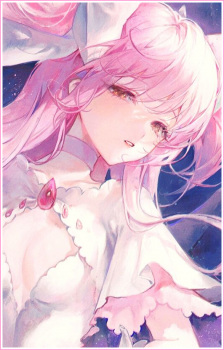 I understand, I always procrastinante to start long series too heheh

Oh, it seems to have cute girls ^^
I was gonna watch Noragami but I knew the anime was incomplete so I gave up :( I'm not used to manga yet

Btw I love your list's style!

-Akana- 7 hours ago
I haven't seen a Disney movie in a while, the last one I remember watching was Frozen 2 with my family.
Ah true, I forgot about that terrible show. Yeah, at the very least trigger can make it look pretty, even if the content isn't good.

Exactly, I thought it was just your typical shounen story but with a bigger budget. That's not to say I didn't enjoy watching it, but the animation carried its popularity.
Haha, you should watch it sometime. It takes a bit to ramp up but its worth it. It's one of the few isekai I really like because of how fresh it feels. I even used it as a source for one of my essays last year :D

I'll have those in my PTW for probably a year, I wanna focus on reading manga rn then I'll get back into anime

There are some series that manage to turn around my opinion at the end, so maybe it'll happen to you. The biggest example for me was Shinsekai yori.

Jamaru_99 7 hours ago
Well, people can't stand a romance between a teenager and a child, usually. So that they can't see the big picture.
Yess I'm enjoying all the stuff I am watching/reading right now, and I just started Monster which first episode is AMAZING I am already hooked ^^
What about u?

Jamaru_99 9 hours ago
Yay ^^
Oh you're reading Happy Sugar Life, what do u think so far?

That's pretty much the same for me I've been too lazy nowadays to do things like even practicing, but i do it sometimes. You can learn it, it's so fun! There are some artists/youtubers who if you're interested (i could link their accounts) play the violin and they're so good. Like sometimes i listen to them and find myself practicing too.
Well if you have some time maybe you can listen to this https://www.youtube.com/channel/UCrWOKY-Gs-0w5mPxPBOm-Vw/videos

I've already ordered some of them on Amazon so I'll be getting them soon
Oh i love Hidaka Rina too! Have you watched Inu x Boku SS? She voiced Ririchiyo and i love her so much. If you haven't watched it maybe you could try it, Ririchiyo is a loli tsundere lmao

Speaking of loli tsunderes have you watched Toradora? I watched it recently and i absolutely loved it! I liked the two mcs Taiga and Ryuuji, especially Taiga. Taiga get it? Because she's a ferocious little tsundere lmao. I also liked Ami, but Kusheida annoyed me 80% of the time.
Okay i've realised i really like loli female characters, maybe i have a problem lmao

Same i really like Chuunibyou especially Rikka. I guess it's the eye patch, how both Megumin and Rikka are lolis and their little behaviours that made me think they are somewhat similar
Oh you should clear your list that's understandable, i have a ton of shows i put on hold too that i might need to watch again like Mha. I've been told it gets better so i'll try it again

I watched 2 episodes of Seijo no Maryoku yesterday and i already like it. I'm just surprised how few people have watched it, plus its being downvoted and the way its so good, gonna continue it tonight. Thanks again for the rec again lmao you seem to know my taste

Yeah i only watched the first season of Higurashi and its so good too though i was confused at first why different episodes had different stories. It was confusing at times but still an 8 show for me. I like horror :)

Kooorii 12 hours ago
Yes, Italy was nice. I liked the food, weather, and the culture. Would love to go back. Especially to Venice. Hope you get the chance to go ^^

I see that's cool what do like to draw often? and mind if I take a look at some of your favs? its ok if you don't want to :)

OoBublesGirloO Today, 6:56 AM
I have been watching Vivy and Tokyo Revengers. They are so good!! especially vivy it's one of my favorite seasonal anime right now.
I wish it wasn't underrated though :( because it's definitely deserve to be hyped up.

Besides that I also watch Miss Kobayashi's Dragon Maid, so far I enjoy it ^^

I have heard about Koi to Yobu. I wanted to watch it, but I heard mix reviews about it. What is it about anyway?

OoBublesGirloO Today, 5:02 AM
Hey! I it's nice to meet you too~! I really love your profile bio. it looks so cute >w< but what anime have you been enjoy recently? :o

backbiter44 Today, 2:39 AM
been reading dorohedoro. The art is amazing

-Akana- Yesterday, 10:47 PM
Ah ok, that makes sense. I usually try to layout some sort of schedule but most of the time it doesn't work out so I watch/read whenever I feel like it. Haha, I see.

It's very similar to like a Disney show. I couldn't hate it at all since it was done so well. Trigger did a great job

I'd like to think that demon slayer wouldn't be as popular as it is if it wasn't done by ufotable. But since it looks amazing, everyone's hopping aboard, which is really good for the author. I didn't expect it to break box office records though
On the opposite side of the spectrum, I would rather take a good story and lackluster animation over the other way around (Ex: Ascendance of a Bookworm)

I have yet to watch more fate parts along with kara no kyoukai but im sure they'll look just as good if not even better.

That's unfortunate lol. I'd feel the same for shows I put off for a long time. Or maybe just revisiting them in general.
All Comments