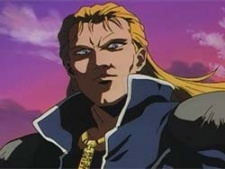 link9us Nov 21, 2018 10:50 PM
I agree with you on some respect about your Casshan robot hunter review. But i don't think you should fault the character models or design, as this was a series that was way back in the early 70's. Much like Lupin or devilman, in many of the subsequent remakes. The studio's retained those traditional character designs.

Luna's character style was actually pretty common for a character of the early 70's. But of course you not being a huge fan of 70's classics, probably wouldn't know that instead you look at things at face value which is ok. So i won't give you to much trouble for that :p

I am just letting you know. I do appreciate how studio's give traditional looks of characters, for example Jojo bizare adventure is a newer series but the manga on which is based from the early 80's so that is why some of the characters looks a bit bizarre compared to modern day.

TomUchiha Nov 3, 2013 1:40 PM
Ha, another English anime watcher :)
I highly recommend you watch Death Note, it's a brilliant anime with a great story and dark characters. Or even better, watch Code Geass.
It's a blend of Fullmetal Alchemist and Death Note with a superb ending.