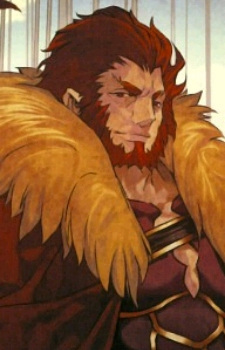 _elisus Sep 29, 7:13 AM
I truly love how you gave SAO: Alicization a 9/10 because I keep on seeing bad reviews about it. I enjoyed it, it was GREAT and I would personally rate it an 8 or a 9. That's why I was really happy when I saw your rating. I'm also quite intrigued on how you gave both the first and the second season an 8. I also enjoyed both seasons but I think it was not that good and I would rate it lower. But I respect your ratings for we all have different opinions and tastes. :)))

Nick-Knight May 23, 9:47 AM
Happy birthday! I see that you like SAO, wanna chat a little bit about it and its magnifient series #AsunaBestGirl.

Halel31 Apr 13, 12:35 PM
Thank you for accepting the friend request, a pleasure to be friends with you.

Deknijff Sep 7, 2020 1:06 PM
Margery and Marcosius banter is the thing of legends

Shana also my fav female character from the show

Deknijff Sep 7, 2020 12:04 PM
Nah nah I havent read the source material. Ive gathered all this from just watching the show several times along with checking the wiki for things I can't figure out myself incase I think its important

Can I ask if you have a favoured character from the cast yet such as fav male and female character?

Deknijff Sep 7, 2020 11:23 AM
Chrome_Falcon said:
I didn't expect to see someone posting in there considering that the anime is getting old.
Yeah people posting there isnt too common but I stalk the forums just for these moments honestly 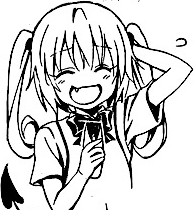 I saw also what you said for episode 18, Its not often people understand why Yuji runs after Yoshida since they focus so much on shipping so they just blindly hate on her and say Yuji should of stayed with Shana and he has no reason to be angry
So I was glad to see that.
Chrome_Falcon said:
I understand the power of existence itself. But not other things based on this concept.
1) How hougu is created?
Its the Tomogara just rearranging existence of people they've absorbed like how several souls in FMA are used to make a Philosopher's stone which can they make several different kind of materials the wielder can think of
Chrome_Falcon said:
2) Why some of them such as the lens used by Yoshida are not inside a torch but others are inside torches making them special?
3) It is stated in the early episodes that hougu are created by Guze no Tomogara. But why put them inside random torches?
Why some hougu are inside Torches would be because some are just too dangerous to be just laying around for Tomogara to use or steal so Flame Hazes place them in torches so they teleport around at random all around the world so its harder to find as Wilhelmina said to Shana when she said they needed to destroy Yuji so Bal Masqué wouldnt know Reiji Maigo's exact location in which they could then formulate a plan of retrieval around

Why things like the lens arent in torches would be because Flame Hazes just like Tomogara have them made for different tasks of which could be useful for them and they ended up having a collection like Friagne had
Chrome_Falcon said:
4) How did the original owner of Nietono no Shana became a mistess of his own will? He was only a human blacksmith after all.
Id need to spoil reason
So the black Smith knows of the existence of Tomogara before becoming a mistess so he was making the sword for the purpose of killing them. As to why he became a mistess the reason is because its revealed later that humans can't channel existence correctly because they lack the inner strength of mind to do so. Its only those who are determined enough in their mind to the point they'd fully willingly die for what they desire or dream of to achieve in which the focus is truly strong enough for a human to then use the abilities of controlling existence
Chrome_Falcon said:
5) Guze no Tomogara and king of Guze are essentially same creatures but why King of Guze need a flame haze to channel their powers when Guze no Tomogara don't?
So the reason Kings or Lords of Guze form contracts with humans to make Flame Hazes is because its the only way to fight the other Tomogara which infest the earth and reconstruct humans into sources of existence in which they then use for their own desires
Tomogara are from a different dimension separate from the one of humans. They ordinarily shouldn't be able to be in the realm of humans but since they absorb the very existence of the humans who are supposed to belong there and steal their place in the world they gain access to it which causes the distortions upon the world
Forming the contract with a human is a way to not steal a person's existence yet still give aid in stopping their fellow brethren because its not that the Lord or King is actually there like a regular Tomogara but its that the human takes on the properties of being the Tomogara they're contracted to like how everyone in school only recognise Shana as Hirai Yukari because she took her torch that the world itself recognises as the existence of Hirai so Shana now has her properties along with having the properties of Alastor's existence
Its then that the human channels and gains control of the powers the Tomogara would normally have if they went and stayed in this world like the other evil Tomogara

Deknijff Sep 7, 2020 1:07 AM
I will reply to your message on the forums I just need to get home from work which will take several hours so I apologise for that

elooscar23 May 4, 2020 5:54 PM
Yeah, I see that. Well, Reki Kawahara seemed to have indeed learned from it and did made a masterpiece out of it. He also seemed to have learned a lot by Alicization arc, as that arc, if not by progressive, would be my all time favorite in the light nowvel series and I loved a lot anime arc even while it didn't got adapted 1:1 or had few anime-original scenes I didn't liked as much.

elooscar23 May 2, 2020 3:15 PM
No problem. If so then I can agree with you there. Honestly I'm really sad for how much the season been despised or ignored by haters or people just because it's SAO, I think the story was a great step up from the first season (even though I loved that season as well) and there was amazing character development in it. I still think the way soething gets adapted is important, considering there were few characters that, due to anime not adapting fully, they don't get as much impact or become too overshadowed by the main cast, so I do definetly care about the source being fully adapted.
All Comments