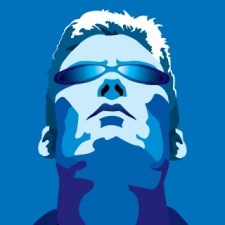 PGit May 27, 2014 6:19 PM
Your description of Kira Yamato is spot on and those tennis balls almost never failed to make me want to shoot them. I don't agree with everything you said in the review but it was well written. I kind of liked Cagalli in her scenes when she wasn't with him.

and i agree with you about Nadia become a constant changing attitude "bitch" in the island arc till africa arc...but it is quite funny because it is illogical

Angeldust7 Feb 17, 2014 4:17 PM
I read your review of Nadia: Secret of Blue Water and thought you would like to know that Sentai is planning on releasing Blu ray and DVD remasters of it next month. http://www.amazon.com/Nadia-Secret-Blue-Water-Complete/dp/B00GY71GHE/

I also went High Chaos on my first route simply because I wanted to save the better (as in, less bleak) ending for last. That said, I did try to keep it as stealthy as possible.

By the way, would you say that Dishonred lived up to your expectations? I'm aware of Deux Ex's reputation for excellence though I haven't actually played it myself. Well, actually, I have but only the first level for like 45 minutes, most of which was spent messing up attempts at being stealthy, so that doesn't really count. :P

Uriel1988 Nov 23, 2012 2:39 PM
Thanks, and yeah I've been playing Dishonored. Really liked it too. I'm actually trying to get all the Achievements for it, though that got set back after encountering some glitches. Bit of a bummer, but I'll give it another shot some other time, maybe around the time the DLC arrives, or a little before that.

Uriel1988 Jul 25, 2012 4:20 AM
I completely fail to see the distinction between whatever it is you're personally against, and the general concept of anti-heroes.

That depends on what you mean by "anti-heroes". That said, it's not really relevant to your initial question, which was something along the lines of "so I herd you liek censorship", to which I've already answered "no".

Do you disapprove of One Piece for its depiction of pirates?

Not as much. Considering that the Straw Hats are "pirates" in name only. And the way OP distinguishes good guys from bad guys actually makes (some) sense, not to mention that there's good and bad in both the "pirates" and the marines. Which is a far cry from Baccano! where (almost) everyone is a crook but only the characters who aren't "cool" or "funny" about it are depicted as bad guys.

(though my dislike of Baccano! definitely clouds my judgment so if you were to accuse me of bias then you'd be right)

I mean, considering you have such a problem with "positive depictions of delinquency" or whatever, censor-enforced morality must be really appealing? >__>

Yes, I dislike certain stories for (what I feel are) dubious messages or for endorsing things that I am personally against.

That does not mean that I'd want to censor them.

Maybe that helps clear things up.

That said, I find it strange that you'd come here and basically accuse me of trying to be thought police when I can vaguely recall how you criticize certain series (such as "Basilisk" or "Legend of the Galactic Heroes") of being misogynistic. Which, to me, suggests that you also mark down series for depicting certain things in manners which you don't agree with.

EenyWeeny Oct 17, 2011 3:55 PM
Man that's wierd, I hand't even read your comment when I sat down on sunday to finish it, then I come on here to be like all "I've finished Evangelion dawgs" to find that you're all up in my comment section being all like "finnish Evengelon you stutid tool lol".

In my headcanon you talk like sweet bro an hella jeff.

Must be all that drunk new year's eve sex, I guess.

By the way, how are you liking Penguindrum? I'm actually surprised to see you watching it since it doesn't seem like your type of show at all judging from what I've seen of it.

I closed my Summer Wars topic on OT because it was little more than me being an asshole. But I'm willing to continue discussing with you should you feel the need.

Cobbles Jun 19, 2011 5:54 AM
nice job defusing the situation there, its almost like it escalated due to general pigheadedness. But nah I must be crazy, disregard my response

errrr my entire point was don't be an ass and don't be obnoxious. You can be one of them but don't be both because that's just simply unbearable.
All Comments