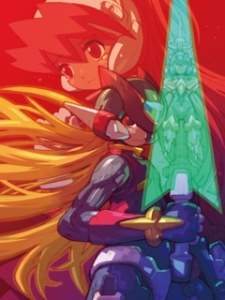 TohsakaDM May 16, 7:22 PM
I don't agreee with your baccano review, but RIP this account.

CrandallCrandy Jan 9, 4:03 AM
hi uriel1988 - after watching redline, i read some reviews on it and yours resonated with me the most! i most definitely agree with your analysis of it. redline was a very stunning and beautiful film, visually. but the story was pretty mediocre in my opinion + all the additional subplot and characters makes this film feel like it could have ran as an episodic series. overall your review basically summed up wat i was thinking as i watched the film. I do have to say, however, that redline is a movie specifically for racing and the chaotic events that do bring this movie up to it's expectations -- but as previously mentioned, it's story is it's downfall... but hey, we got fast car action and crazy guns and missile action B) hope u have a great day! <3
-Crandall

ANTONIADE Nov 30, 2019 11:01 AM
I didn't liked the review you made about Sakigake!! Cromartie Koukou and it seem that a lot of people didn't liked your reviews on others animes either but seriously guys, he doesn't deserve at all death threats like I can see in the comments or some guys who are happy of him being "dead". Grow up guys and stop being toxic please, you are ruining the MyAnimeList fanbase with your stupid comments...

>concurrently has both seasons of Aldnoah Zero at a 7

What a way to undermine your own credibility, fucking twat.