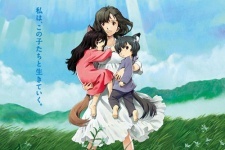 It sucks and takea toll on mind but comfortable enough, let's see how long it lasts and then i hopefully die.

There are a lot of different places.

You will surely love the food.

You can seriously go anywhere but obviously check tourist places on Google before deciding or you might come in some boring part.You can go to Goa if you like partying and beaches.

I live in Delhi.

I feel so bad for you.

PxHC May 12, 2017 5:00 PM
Hey dude, I've been very inactive and I'm having little time to watch/read new stuff as I already follow a bunch of series, but thanks for the recommendations! Will be on top of my list (btw, I kinda got overexcited when I started reading Crows and Worst, and ended up doing this blog haha http://crowshigh.blogspot.com.br/)

Anime is awesome because it helps to pass time each day making me less bored than i already am.

Don't play video games mainly ps4 as its expensive and even if i buy one,i will have to keep buying games which are expensive too plus i don't have much interest in them.Can buy in future when they are really cheap.right :p

Just go to gym each day,not an awesome body made right now since its been just 2 months but i have researched a lot on google and youtube for months so,trying my best to eat a good diet to grow muscles.

Naman97 Mar 7, 2017 11:19 AM
I said this because its way better than saying ''i am fine'' all the time and i think that we all get better in our mindset,mood each day and go towards something better atleast.I can't express this properly..lol

So,you into Dragon Ball Z these days..nice.
All Comments