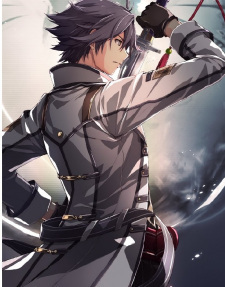 DannyTheDonkey Nov 17, 2020 5:21 PM
I normally don't accept Random FR but I can give exception for fellow trails fan.

I completely agree that Trails in the Sky starts off pretty slow, I actually almost dropped the game because of it but the world building and unique battle systems kept me intrigued to keep going. I can somewhat see why you would favor Estelle the least, but the 2nd game of the Trails in the Sky actually made me like her character the most out of the 4.

It's kinda ironic really, when I first played the whole series, my least favorite pair and game was Ao No Kiseki, I honestly can't remember why but now I actually enjoy the characters like Lloyd, Tio, and Randy after playing Cold Steel.

Trails of Cold Steel has some great characters like Rean, but I think what shines the most for me is the music and the story. Of course Trails in the Sky has even better music, but I really liked how they portrayed the music in just the right places to bring out the most emotion in certain scenes and plus the underlying messages in the songs. (Example being "I'll remember you")

Yeah, I mostly agree with you about the difficulty of Cold Steel, the only times I actually died is when I fought Ancient bosses, and when they introduced that one mechanic in Cold Steel 2 where bosses could become stupidly annoying when they were at a certain HP. I don't remember much of my Trails in the Sky experience, but yeah, it was more difficult. The only thing I want to add to that was that Ao no Kiseki had one of the most difficult bosses of the series which was the Steel Maiden, that was hell itself to me lol.

I've heard of the next installment but I haven't heard of this new difficulty, sounds very interesting. I look forward to trying it and dying a lot.

Potimas Nov 16, 2020 6:14 PM
Yeah, I really hope Crow stays alive this time, it will be really sad if he still has to sacrifice himself in the end. I feel you on to many party members, my party usually consists of Rean, Crow, Fie, and Duvalie (sometimes switch her out for Altina). They really balanced out the characters in this game though, I feel like I played more characters in this game than in Cold Steel 3, where instead forced characters onto you instead of letting you choose.

So which game is your favorite out of the whole series? My favorite gotta be Trails in the Sky, the world building in that game was so good.

Geshtinanna Jul 24, 2020 5:24 AM
Fall is the big one for me because of AOT and Log Horizon. I just hope they're not going to be delayed, like what happened with Promised Neverland.

I still mean to give World Trigger a go at some point :)

By doing this you'll be able to watch all the serious arcs without any interruptions because things like Porori-hen are just some comedy chapters that weren't adapted previously.

As for recommendations... The whole monogatari series, Bunny Girl Senpai and Oregairu. (All romance-based xD)
If u want more specific recommendations feel free to ask.

Elfsire Jun 30, 2020 6:31 PM
Agreed!
the 180 bugged me as it did feel left field. I have recently taken notice of many animes who get longer episode counts not really using the extra time to their advantage and even throwing out filler. Which is a bit of an insult to an anime like this that just needed the extra time to actually make things make sense. My problem with Rou x Shinako is ... she really does seem to be trying to see him as the older brother, rather than his own person. I guess its difficult to not compare the brother of someone you love to that person. But it bugged me... but I think thats the point . To me that feels unfair on Rou but he would probably say its fine as he did say he would wait for ever or something.

I haven't read the manga either. But from what I have heard theres a lot more to it . So I guess this anime just suffered from not enough time >.> despite other series not deserving a 13 or even 16 episode run ... haha argh the frustration.
I think it was a good anime and its good to see it make it through the rough season we had. Tbh if other animes had run or it had aired this coming season I am not sure people would have given it as much of a chance. I love slice of life but I know im in a minority XD a lot of people seem to dislike more slow paced anime which is fair. So I guess the silver lining was because we had limited shows this season more people watched this one and there was much more discussion for once in the slice of life court.

This seasons been weird and looking back at it, I think about 3 seasons really surprised me and a couple were good enough to entertain. Heres to the new season and what it may bring!!