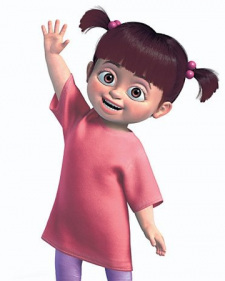 official_brown Mar 9, 2021 3:13 PM
Yeah, it's strange how diverse the genre is. Like Erased, Love is War, and Non Non Biyori are all considered Seinen. I guess it's just as diverse like shounen, because it can be horror, action, romance, or comedy. So yeah, apparently (I read on google) the reason why most people find it boring because adults would understand and enjoy the childish aspects rather than someone in that 13 year old category.

Yeah, I feel, I understand that SOL or romance can be pretty stale to most. Me for instance I like SOL and romance more than anything. That's why I am kinda waiting a while to watch something like MHA or Fire Force.
Some battle shounen are nice tho

official_brown Mar 8, 2021 4:00 PM
I'm here because of your Non Non Biyori review. I just wanted to let ya know that it isn't aimed at little kids actually, It's a seinen (for 18-45 year old men). Just to let you know since it's an important term for you to know just in case you wanted to watch more in the same genre. The reason it probably didn't stick out you as much as other people because it's not specifically your demographic.

krazykombat Oct 14, 2020 6:00 PM
Have had you on my friends list for awhile but don't think I've ever messaged you :p feel free to hit me up if you wanna chat

DrWurstwasser Sep 21, 2020 5:52 PM
Lolz, you seen to stand out quite a bit. Judging from the numbers of comments I guess the thread that I just read, wasn't the only one that stirred a bit of trouble. I have to agree with your opinion on Holo though. I really don't get the appeal of characters who like to overstep boundaries.

Kiwifruit777 Jun 2, 2020 12:28 PM
I don't understand what you are trying to convey here. The Retainers are in fact angry at Main(Myne) due to the fact that a commoner was granted as a "Blue "worker which that title can only be accessed to nobility (Rich people) which her family lives as a commoner.

Gill - An 8 year old boy who despises Myne out of envy because she was granted as a Blue Worker even though she belongs to the family of a poverty.
Delia - A 9 year old girl who despises Delia also out of envy because she served a younger master and the intent as The High Priest's spy.
I can't think and comprehend on what you are saying at that Review but you need to be better than that

restush May 26, 2020 4:42 PM
This is my first time log in since 4 years ago, because I feel like insulted after read your review http://prntscr.com/soexse about Ascendance of a Bookworm 2. Seems like other people already complaint about the review and I have nothing to say. Not surprise about your mean score.

AnimeFlyz May 17, 2020 9:42 AM
There is a difference between being extremely critical, and having no clue what you are talking about. No offense, but if you honestly think Myne had no character growth in Season 1, then you were not paying attention at all while watching. And you are honestly shocked the church is corrupt, and assign her trouble makers? You do know what time period the series takes place in right? The church was extremely corrupt and unfair in those times. The show even explains why her servants treat her like shit at first. It doesn't take much of an attention span to see these things.

abystoma2 May 10, 2020 12:00 PM
The the fault is not in the anime itself by in your short attention span then. You can't exactly complain something doesn't make sense when it was actually explained and you just weren't paying attention.

abystoma2 May 10, 2020 11:34 AM
The "church shit" is literally happening in the episode you're complaining about though.

abystoma2 May 10, 2020 2:43 AM
"Because that is just unprofessional and they should've been fired right away. It's just so mean-spirited."

The church is corrupt and disfunctional, that would be the point, yes. How did you manage to miss that?
All Comments