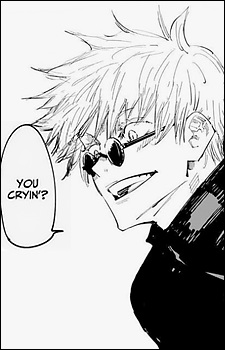 Bird May 30, 1:10 AM
thanks ina! i appreciate it, i hope you're doing well and keeping sane
anything you've been super into lately, anime wise?

Rsurect Apr 6, 2:08 PM
i am going to buy it, after watching some reviews and first impressions it looks super fun and i generally am a fan of hack n slash games too!

do i need to know anything before i dive into it?

Rsurect Apr 2, 2:34 PM
super sick profile, makes me want to buy the game even more now that it is on sale

kivvi-san Nov 6, 2018 7:20 AM
Yeah DP is amazing, their so called 'filler scenes' never feel like filler cuz they're so befitting of the series. Like the last scenes for the trailer of part 4 was original. It really gave off that thriller/mystery vibe. (can't find it anywhere ;w;)
You could try to read the duwang manga lmao. When i first started reading jojo, all the scans were really bad. I actually read all of duwang and then later realized it was a fan translation, i just thought the translators were really bad xD So i had to reread it.
Same goes for part 5, the translations were so bad, probably the worst out of all jojo parts. When I watched part 4 I knew which scenes had a duwang version and comparing them was fun. Just look at this mangacap and the animated version.
DP did it, they adapted this duwang scene oof and then you have this glorious scene/ anime version
Yes gangsta paradise would've been so perfff <3 But instead we got this. It's good but it's kinda hilarious xD I also love their hilarious censored stand names like ZIPPER MAN.. xDDD
I can't wait to see the dance °^°

Aah I'm sorry for the late reply, I've been stressed out lately with uni n stuff >~>