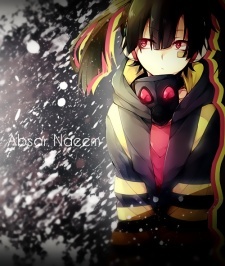 It has been a long summer and the club as of now it’s downfall of active members. I am hear to let you know that Anime Paradise Club is still active and we are doing our best to keep the club as active as possible with new games and card editions. Please come back to the club and chat with everyone in the comments section of the club, play the games that me or other staff members has made, and request for card editions. The last thing that I want to happen is to the club to die off so early and I will be forced to close down the cub. I will promise to be a better Club Creator. I am new in taking care of clubs >.< . Hope to see you in the club! :D

defunctmaluser Jun 14, 2015 11:41 AM
Yeah, that's one of the main problems I have with Kill la Kill: it's functionally identical to Gurren Lagann, but it's nowhere near as good as the latter. If I wanted something like Gurren Lagann, I'd watch Gurren Lagann. I came to Kill la Kill with the expectation that it would be something different since it was Trigger's debut programme. Unfortunately, they stuck to rehashing the same over-the-top stupidity that made Gurren Lagann so fun to watch but it's nowhere near as endearing as it was in the former.

I've sat through Kill la Kill twice and both times, I didn't enjoy it whatsoever. Sure, there were times when I got a quiet chuckle out of what was going on, but it didn't have me cheering on the senseless stupidity going on like I ordinarily would if I was actually watching Gurren Lagann. What REALLY killed any joy I would've gotten out of the show was the fact that its self-referential humour was extremely grating and unfunny. It's like Natsu's vehicle sickness in Fairy Tail: the joke was never funny, and yet the studio just kept shoehorning it into the show for whatever reason. Don't even get me started on the fan service.

Also, there's a problem with the rhetoric you used for your Kill la Kill review: I adored the shit out of Gurren Lagann, but I didn't enjoy watching Kill la Kill whatsoever.

First of all, we want to thank you for helping our club successfully grow within just 3 days! It has been a good start
and we're looking forward to serving you more in the future. Of course, there's an edition for that as well. But you must
be wondering why we mass delivered our first ever newslette ;) Well, that's because we're here to announce our brand new event
and we would like you to participate in it!

Sapphy and Aoi are close friends who have similar interests, however, one argument has cause a rift between them. With
passion, they have defended their beliefs and made their stand on the cutest animals of all: penguins and cats. Aoi, more than anything believes
in the cuteness of cats, with their whiskers and purrs while Sapphy loves penguins more than anything in the world, from their huddles to their walk.
They fight endlessly, with their own pride at stake. But which one is the cutest of them all? Come and join one of them to prove the adorableness of
penguins and the cuteness of cats!~

Penguin vs. Neko has officially started!

This is a simple monthly event where two teams composed of various members would face off to prove which animal is the cutest of them all!
Players would be able to accumulate points for their team in the form of team-exclusive games that would be counted to declare which team has won
at the end of every month. Monthly winners, including special MVP recognitions, would be awarded with fabulous prizes!

For more information and to be able to sign up for a team, visit the main event thread here!

What are you waiting for? Join in the fun and sign up now!~

And if before you missed it, we just opened our ~100+ LE~ thread!
Thank you for making this possible. *^*

If you haven't yet, go sign up to our newsletter here
~Newsletter Sign-up~
to get updated with all the fabulous events and prizes!

"The stories of the people that come in are heartbreaking and you can't help but feel sorry for those who have led unfair lives."

Appeal to emotion, you shouldn't say "it was good because it made me feel sad"

"Even though it's a bit serious atmosphere, I must say that the song manages to catches the atmosphere perfectly."

The Opening was a complete troll Opening which had a "haha, this is a comedy show" vibe to it. It did not fit the show at all.

"As for the humans, they are the main cast in the games. The emotions, backstories all pile up to create an amazing character story. As the game progresses and stories are revealed, you will find yourself feeling sorry for those who live unfair lives. Each human shows almost every emotion from happy, surprised to hatred and sorrow."

So because they make you feel sorry for them they are good characters? They are given ~15 minutes of screentime per episode, you CAN NOT develop a character in that amount of time.

Decim only received some semi-serious development and that's it. One character getting development does not mean that the characters are flawless.

Think. Just think before putting numbers and text together. Especially if they contradict each other.

CCrasier Feb 16, 2015 7:05 PM
very sorry for late reply haven't been on here for quit a while, I was creating this website to watch anime and read manga, I started the anime-utopia club for anyone interested of becoming an editor for, I haven't even really started on the website because some of my editors became very inactive so I'm here again to make it happen this time getting better active edtiors so you welcome to join if still intrested

You did a good job on your Another review . keep up the good work .